On Wednesday 22nd April, a public lecture exploring “The Fihrist of Ibn al-Nadeem and the Transmission of Knowledge in the Islamic World” was presented by Professor Devin Stewart at the Al-Furqan Islamic Heritage Foundation.

Keynote speaker, Professor Devin Stewart, is a Winship Distinguished Research Professor of Arabic and Islamic Studies at Emory University and his lecture entitled, “The Fihrist of Ibn al-Nadeem seemed to be very well received.

During his lecture, Professor Stewart provided an insightful overview of the historical and scientific importance of the Fihrist.  The Firhist, Professor Stewart articulated, included a most pertinent systematic taxonomy of human knowledge, which had been presented and recorded up until the work’s composition in the 4th century A.H. / 10th century C.E. Thus, listing it as much more than solely a catalogue of various book titles and sciences alongside a bibliographical survey of writing in Arabic in the main scholarly fields of the time. 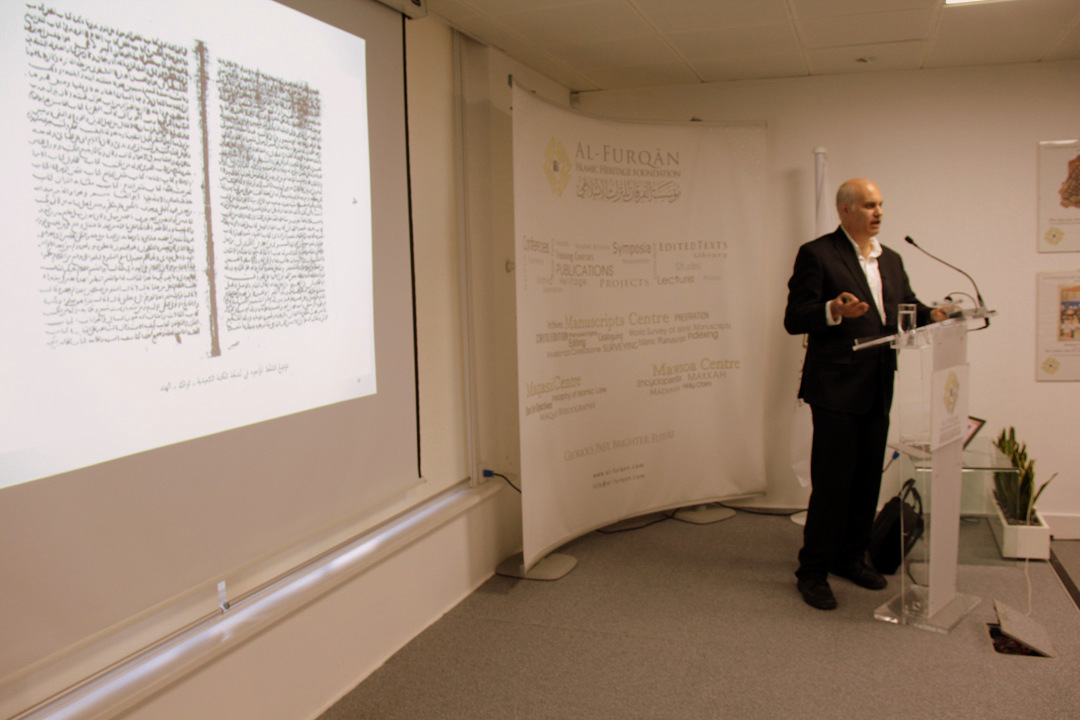 Professor Stewart also drew attention to the Fihrist being:

Subsequently, Professor Stewart discussed the main editions of the Fihrist published so far, suggesting that the most superlative and complete to date edition is that compiled by Dr Ayman Fuad Sayyid, and published by Al-Furqan Islamic Heritage Foundation (2009, 2014). 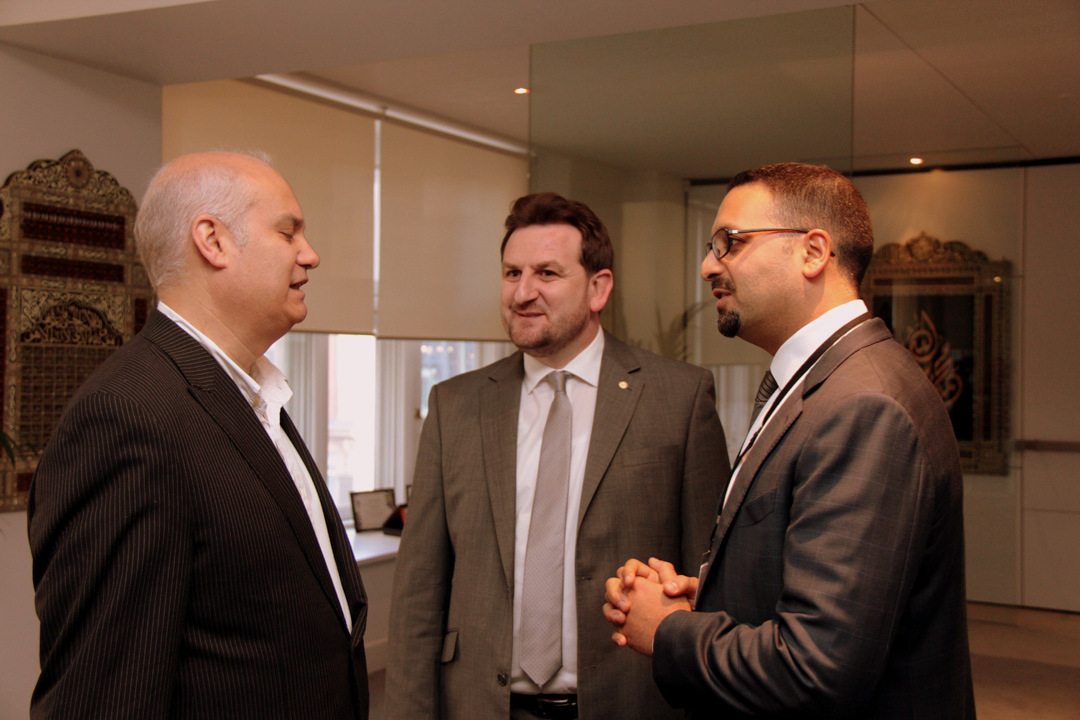 Among the striking features of the new (2nd edition) of the Fihrist by Dr Ayman Fuad Sayyid, Professor Stewart mentioned the following: 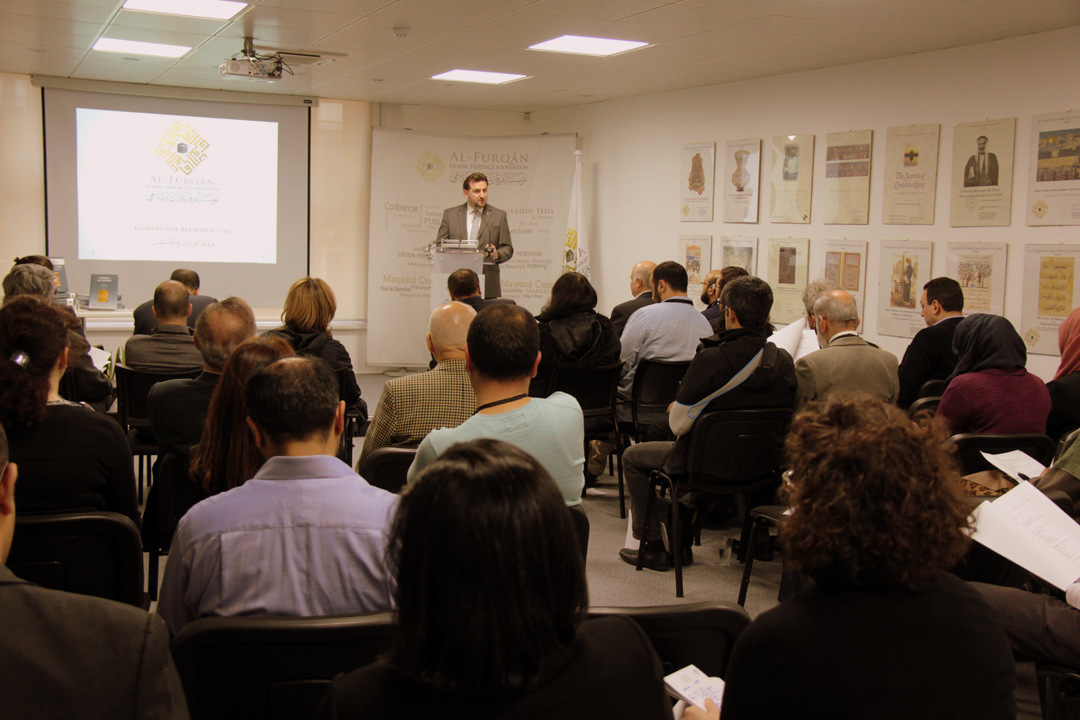 Professor Stewart concluded the lecture by stating, despite all great efforts spent so far on the Fihrist, it still remains a book full of mysteries, and an open source for further study, especially, that according to him, there are still few unresolved problems, such as:

The lecture was followed by several questions from the specialised and distinguished audience regarding various aspects covered by Professor Stewart in the lecture. 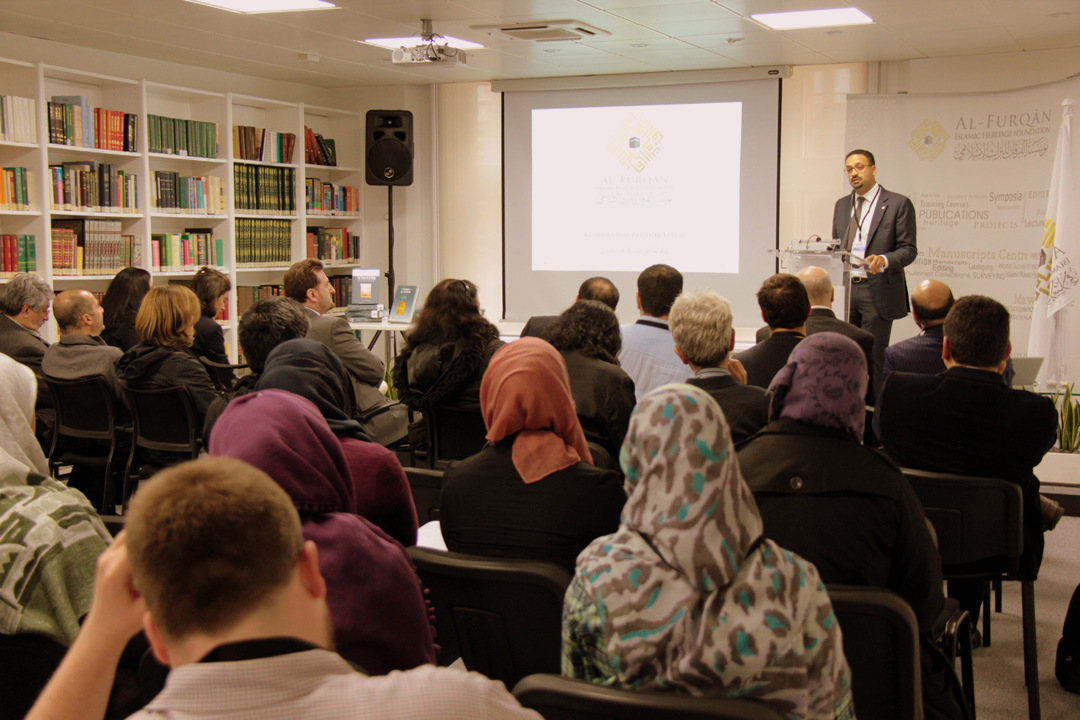 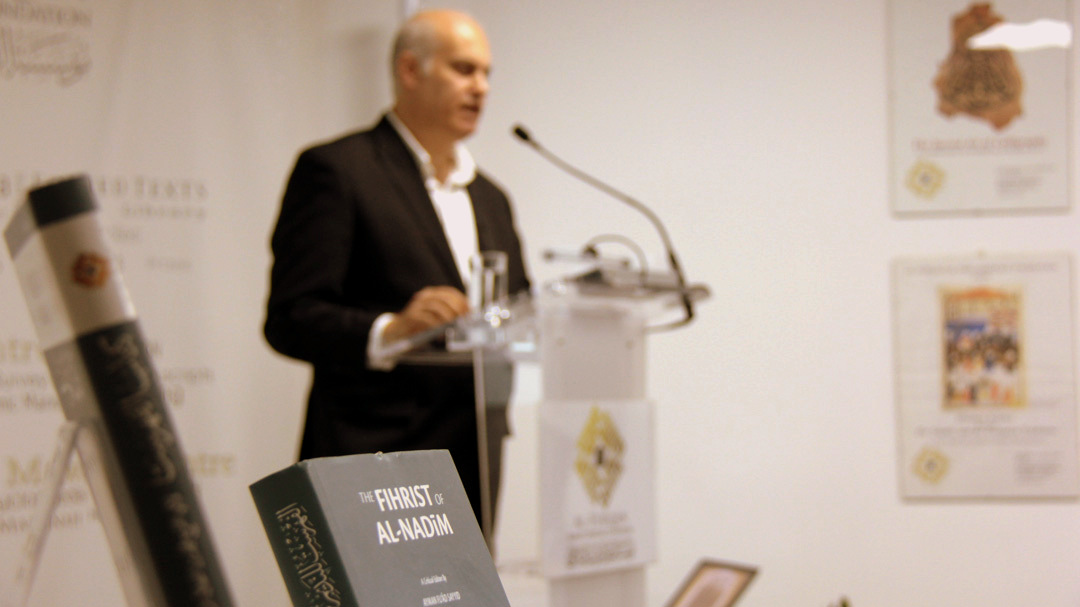