The UNESCO International Year of Light and Light-Based Technologies is a multi-faceted celebration of light in its scientific, technological and cultural context. Central to this has been the recognition of Ibn al-Haytham as the founder of the science of optics. Dr Anne-Maria Brennan who represents the Foundation for Science, Technology and Civilisation (FSTC) on the Parliamentary and Scientific Committee explains why this announcement is not only timely but also sends out an important message to policy makers and scientific advisors everywhere.

Note of the Editor; This article has been taken from Science in Parliament (SiP) “The Journal of the Parliamentary and Scientific Committee” Issue May/June 2015 (Page 44-45): www.scienceinparliament.org.uk/wp-content/uploads/2015/06/SiP-May-June-2015-full-issue.pdf 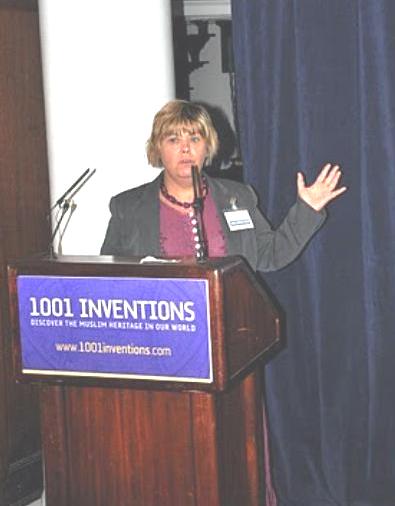 Dr Anne-Maria Brennan is Principal Lecturer in Bioscience and Forensic Biology at London South Bafnk University, represents the Foundation for Science, Technology and Civilisation (FSTC) on the Committee and also Chairs the educational charity Curriculum Enrichment for the Future (CE4tF)

It’s not every day that you get to celebrate a millennium, but 2015 represents the 1000th anniversary of the publication of Kitab al-Manazir (The Book of Optics). The book was just one of over 200 written by lbn al­-Haytham which has survived and has gone on to become one of the key works in establishing the science of optics. However, there is more to the story of its writing than meets the eye, and it is for that reason that the lbn al-Haytham initiative has become the focal point for the UNESCO International Year of Light celebrations.

FSTC has been researching and celebrating this history of science for over 15 years. It has examined the important contributions of individuals and societies along the historic Silk Road, the trade route from Europe to the Far East which impacted on technology and culture of Medieval Europe and helped to bring about the Renaissance. In 2005 this led to the formation of its sister organisation, the aptly-named 1001 Inventions, which specialises in global educational campaigns and award winning multi-media productions. In 2010 it won the Gold Award for the best educational film at the Cannes Festival for The Library of Secrets, a film showcasing some of the influential figures in the history of Silk Road science.

As a result of this and other projects, 1001 Inventions was invited to become a UNESCO Founding Partner in the International Year of Light, with the role of spearheading the 1001 Inventions and the World of Ibn al-Haytham initiative.

Who was al-Haytham and why is his story so relevant today? Ibn al-Haytham was born in 965 in Basra in present day Iraq and for that reason, he is sometimes referred to as al­Basri by reference to his origins. Little is known of his early years, however, the city of Baghdad was less than 300 miles away and was known for its House of Wisdom (Dar al-I-fikmah) — a world famous centre of learning. The library had been established by the Abbasid rulers to capitalise on Baghdad’s position as an international crossroads and was an intellectual power house of the known world. Here, people of many backgrounds, beliefs and ethnicities worked together to translate documents and substantiate the facts within them.

We next find the young al­-Haytham working for the Fatimid ruler of Egypt, Kalif AI-Hakim, in the neighbourhood of the University of al-Azhar in Cairo. AI-Hakim was known for his interest in astronomy and various technological advances and al-Haytham worked for him on the age-old problem of the flooding of the Nile. This involved predicting and measuring flooding events whilst suggesting mechanisms for regulating them. One possibility was the construction of a dam at the site of the present day Aswan Dam. Like any good scientific advisor, al-Haytham carefully researched the issues and evaluated his findings and reached the conclusion that the scheme would be impracticable. Legend has it that, in fear of his life because this was not the answer his employer wanted to hear, al-Haytham feigned madness and was kept under house arrest until AI-Hakim’s death in 1021.

It was during this time that he carried out experiments and wrote a number of books, including his seminal text on optics. He most famously constructed a camera obscura — a darkened room in which the outside world is projected upside down and back to front on the wall opposite a small aperture. This formed the basis of the pinhole camera and also enabled al-Haytham to explain the mechanism of the workings of the human eye. It marked a paradigm shift in the theory of vision, as early explanations of how we see had been based on the ‘theory of emanation’, whereby objects were perceived by the gaze emanating from the eye. Al-Haytham demonstrated that eyes act like the camera obscure, with light passing through the lens and projecting the image into the eye. 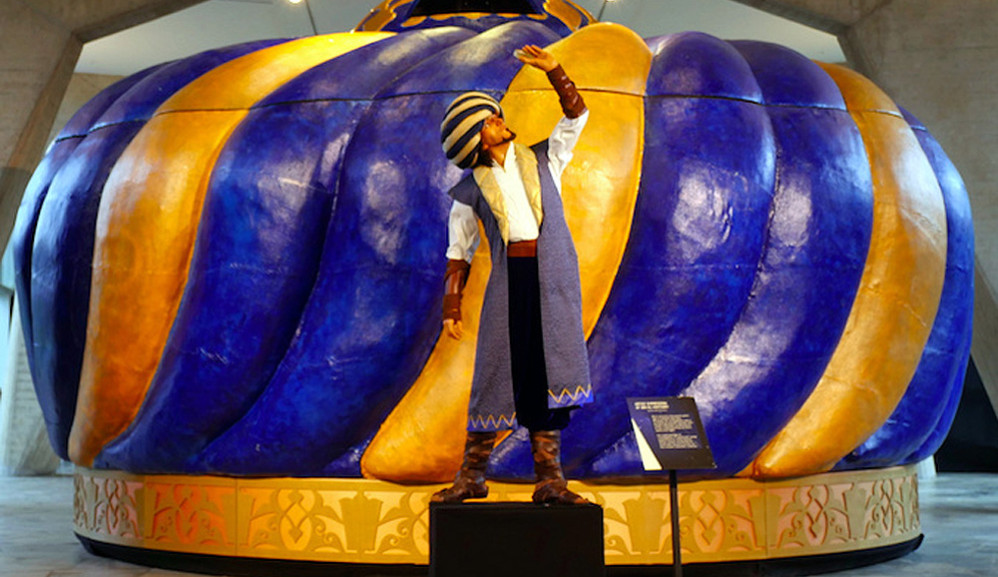 A giant fully functioning 360-degree camera obscura created by 1001 Inventions as a tribute to Ibn al-Haytham. The interactive exhibit offers audiences the chance to step inside the mind and the world of Ibn al-Haytham and experience how we see and learn about the fundamentals of light science

Al-Haytham is also remarkable for advancing the idea of systematic and methodological experimentation. Early scientific investigation had tended to be empirical, relying on the making of observations and subsequently drawing conclusions from them.

However, al-Haytham sought to conduct experiments in which key aspects were controlled, leading to a fair test that was reproducible. In this way he is seen as key in the development of what we now know as the Scientific Method. He also proposed an aspect of scepticism in scientific enquiry which has since become known as ‘falsification’, in which hypotheses are tested to destruction with the aim of discovering the truth. He described this concept writing: “The duty of the man who investigates the writings of scientists, if learning the truth is his goal, is to make himself an enemy of all that he reads and,… attack it from every side. He should also suspect himself as he performs his critical examination of it, so that he may avoid falling onto either prejudice or leniency” For this reason he is frequently referred to as being the first true scientist.

Not surprisingly, such advances in scientific thought and technique had a massive impact of those who followed him. His legacy was recognised throughout the medieval world and many of his works were translated into Latin. Following the convention of that time even his name was Latinised to Alhazen and he was also honoured with the title Ptolemaeus Secundus ‘Ptolemy the Second’ in recognition of this role as a polymath. His work continued to affect the world of science long after his death, influencing both Roger Bacon and Leonardo Da Vinci as well as later thinkers such as Galileo and Rene Descartes.

Al-Haytham still serves as an example of the global reach of science. While experimenting with the camera obscura he used ideas and techniques that were known to both Ancient Greek and Chinese thinkers of the 7th Century. This demonstrated that scientific endeavour is international in nature and unifies a seemingly divided world. Both FSTC and 1001 Inventions have used his example to inspire the scientific community, and young students of science in particular, to engage as a global community. There are other valuable lessons in the story of Ibn al-Haytham. Today, the word Basra conjures up images of war and instability yet scientific heritage shows that this was not always the case. In this way it provides a positive role model of a young scientist who, as a citizen of the world, challenged adversity in his continued pursuit of knowledge. 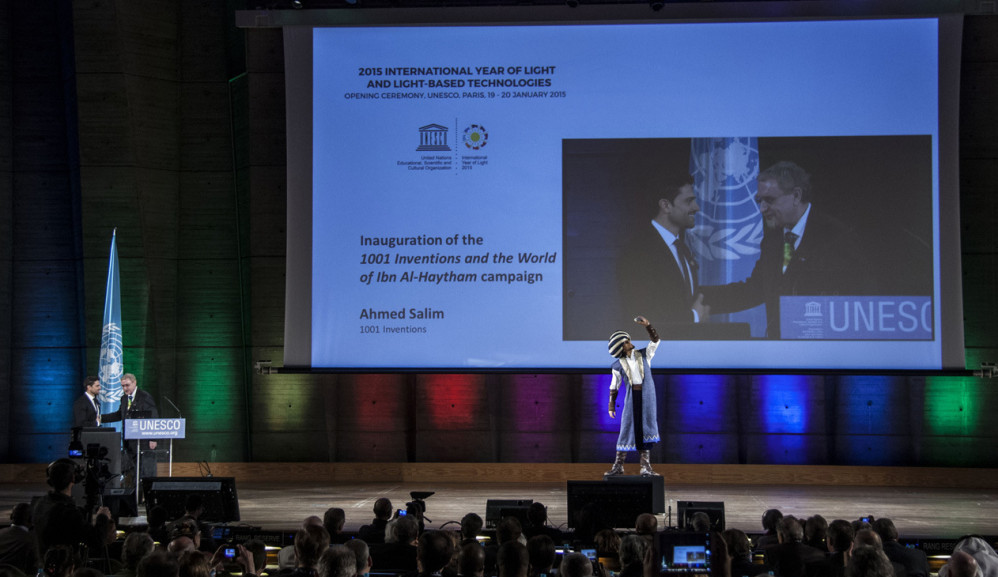 Paris, 19th January 2015: Nobel laureates, international dignitaries, leading scientists and representatives from governments, industry and academia were part of the 2,000 guests at the UNESCO headquarters in Paris that witnessed the launch of a global campaign titled “1001 Inventions and the World of Ibn Al-Haytham” to celebrate the scientific achievements of the renowned 11th century scientist Ibn al-Haytham and his work in optics.

In declaring al-Haytham founder of modern optics and launching a campaign in his name to promote light-science for the benefit for all, UNESCO Director General Irina Bokova noted that as “a ground­breaking scientist and humanist from a thousand years ago, the life and work of Ibn Al-Haytham have never been as relevant as they are today”.

The legacy of al-Haytham is considerable. He literally helped revolutionise the way we view the world, and also influenced the way we undertake scientificresearch. Similarly, the legend of al-Haytham’s problem of speaking truth to power acts as a powerful parable for policy­makers and their scientific advisors everywhere. Happily, not all scientific advisors in the medieval world had such a tough time. Al-Idrissi, the great geographer and cartographer working in the Norman court of King Roger II of Sicily, had a much better working relationship with his employer. When he arrived in court the King, and his courtiers, would rise to his feet to greet him! But that’s another story — best left for an International Year of geography! 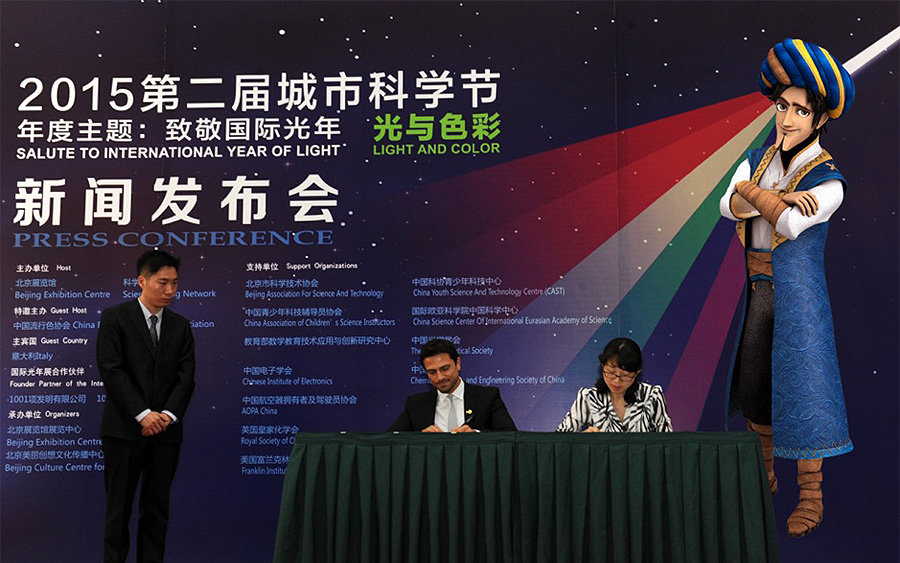 “1001 Inventions and the World of Ibn Al-Haytham”, which is a new production by ‪1001inventions‬ and ‪Ithra Culture‬ in partnership with ‪‎IYL2015‬, will be hosted as an anchor attraction of the 2015 China Science Festival, from 17 July to 2 August 2015 at the Beijing Exhibition Center…
www.1001inventions.com/beijing