Cordoba used to be the jewel of Europe dazzling visitors from the North. With over 70 public libraries during the time of Caliph Hakam II, and 900 public baths, Scholars and booksellers flocked there and made it Europes intellectual centre by the 10th century A.D.

To read more on Cordoba and Muslim Spain see below under Related Articles.

Cordoba was the jewel of Europe, which dazzled visitors from the North. (1) Scholars and booksellers flocked there, and made it the intellectual centre of the West by the 10th century CE. It was according to Trend ‘the most civilised city in Europe, the wonder and admiration of the world, a Vienna among Balkan states.’(2) Its streets were paved and well lit. (3) One could travel for ten miles by the light of street lamps, and along an uninterrupted series of buildings. (4)

Over the quiet Guadalquivir Muslim engineers threw a great stone bridge of seventeen arches, each fifty spans in width. One of the earliest undertakings of Abd Al-Rahman I was an aqueduct that brought to Cordoba an abundance of fresh water for homes, gardens, fountains, and baths.

The city was famous for its pleasure gardens and promenades. (5) It also had around 70 public libraries during the time of Caliph Hakam II, and 900 public baths. (6) Included amongst its libraries were the great mosque libraries that were open for anyone to go and use.

Whenever the rulers of Leon, Navarre or Barcelona needed a surgeon, an architect, or a dressmaker, they applied to Cordoba. (7) And the Christian population of Cordoba itself, had as early as the ninth century adopted the Muslim way of living, and found delight in Arabic fiction, poetry and the study of Muslim philosophical and theological doctrines. (8)

Cordoba was, indeed, the city destined to remain during Islamic rule, the literary centre of the Middle Ages, ‘the school of polite manners, the home of science and arts; to be regarded with awe by every Moslem, with affectionate veneration by every scholar, and with mingled feelings of wonder and apprehension by the turbulent barbarians of Western Europe.’(9) 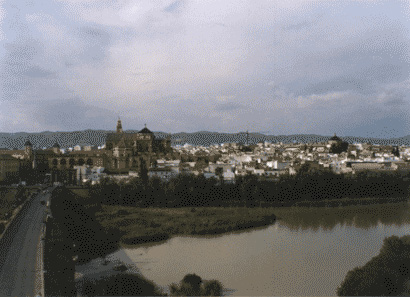