Al-Qabisi was the inventor of the concept and practice of 'Co-operative Teaching by the Teachers' which has been realised only in some of the modern educational systems in the 20th century. Figure 1. The public Library of Hulwan in Baghdad, from a 13th century manuscript of ‘Maqamât by Harîrî. (Source)

Editor’s Note: The following is an extract from N.A Baloch’s ‘The Great Books of Islamic Civilisation’. This is a short summary of Al-Qabisi‘s ‘The Detailed Treatise on Matters Concerning Learners and Guidelines for Teachers and Learners’.

The author Abu al-Hasan Ali b. Muhammad b. Khalaf was born in Qairawan (Tunisia) on 6 Rajab, 324 A.H. (May, 936 C.E.). His family originally belonged to the village of al-Mu’afirin in the suburbs of the town of Qabis (not very far from the city of Qairawan). As such, he became more widely known as Al-Qabisi, but was also referred to by the nisba of his village as al-Mu`afiri al-Qabisi, or even as al-Qairawani since he was born and brought up in Qairawan. He completed his studies under eminent teachers of Qairawan which was then an important educational centre. Thereafter, as a mature scholar of 28 he travelled to `Mashriq’ (the Muslim East), performed pilgrimage in 353 A.H., and engaged himself in advanced studies in the Hadith under renowned teachers, first in Makka Mukarrama and then on return in Sikandariya in Egypt. He was back in Qairawan in Sha’ban 357 A.H. where he took to the teaching profession. A large number of pupils who studied under him became eminent scholars of their times. He died on Wednesday night, the 3rd of Rabi-al-Akhar, 403 A.H. (1012 C.E.). He was a man of good faith and piety, devoted to prayers, friendly to all and helpful to the needy and poor. In his biographical notices, Qabisi has been mentioned as being “the foremost in different sciences” (taqaddumhu fi al- `ulum, according to al-Dhahbi), and excelling particularly in the science of Hadith. 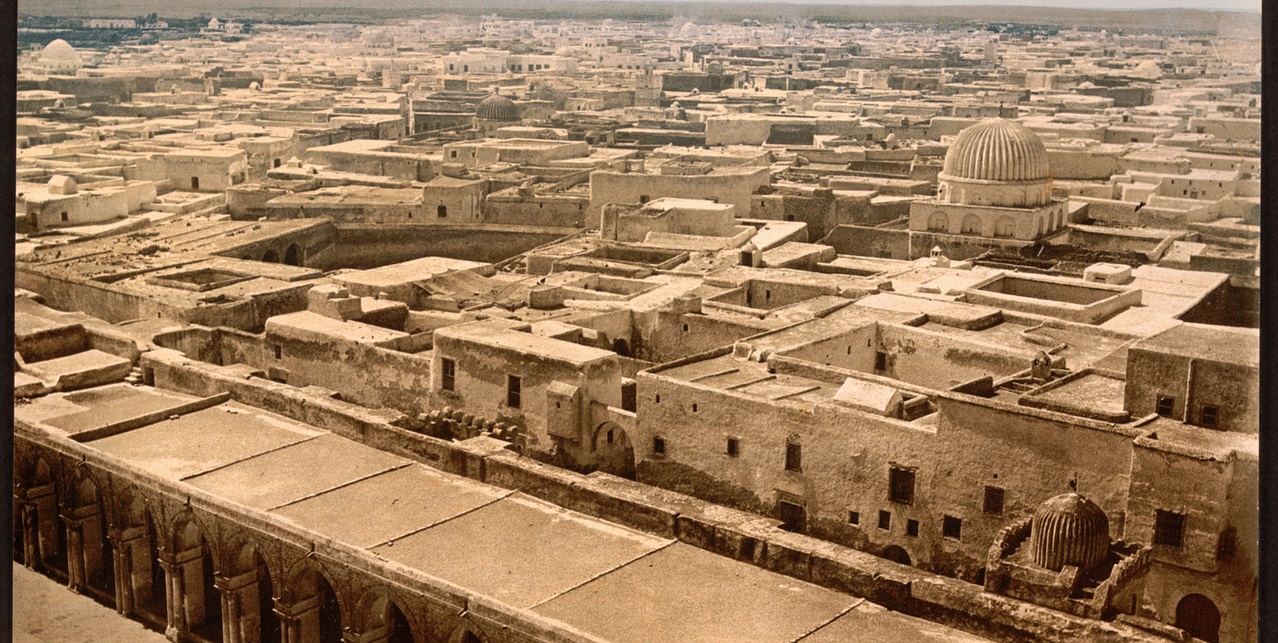 Figure 3. A photochrome print of Kairouan taken from the Great Mosque in 1899 (Source)

He authored a number of books (13 or 14 as mentioned by some) of which at least nine or ten are more certainly to have been composed by him on different subjects such as Hadith, Fiqh, Correct Belief, Education and Pilgrimage.

By vocation, Qabisi was essentially a teacher who taught for about five decades and gained insights and understandings into the process of teaching and learning as also into the needs and requirements of students and teachers. Besides, the tradition of pedagogy and professional education had already been established in Maghrib (the Muslim West) a century earlier, under the leadership of the Malikite Jurists. Abd al- Salam b. Sa`id b. Habib known as ‘Sahnun’ (d. 240 A.H.) had authored Kitab al-Mudavvana, the foremost code of Malikite Jurisprudence, and set an example in `Maghrib’ in the realm of higher learning and scholarship. His son Muhammad who died in 256 A.H., wrote a treatise on ‘The Responsibilities of Teachers’ (Adab al-Mu’allimin) which gave an impetus to further development in the field of pedagogy. Sahnun’s work inspired Qabisi who elaborated upon the subject in his own book in the light of his long teaching experience and practical observations.

Qabisi wrote al-Risala al-Mufissila li Ahwal al-Mua’llimin wa al-Muta’llimin (The Detailed Treatise on Matters Concerning Learners and Guidelines for Teachers and Learners) in which he placed special emphasis on childhood education, the main educational objective being to enable the pupil to develop as a good Muslim in belief and in action. The entire text and the ideas involved are presented in a `Question-Answer’ form. As an accomplished teacher, Al-Qabisi used to emphasise that questions be raised by the students. He would cite the example of great teacher Abu al-Abbas who during his lectures used to analyse the issues involved threadbare, who preferred student-teacher discussion in order to advance knowledge, and who would always say “Relieve us from mere listening: come up with the problems” (da’ona min al-sima’: alqao al- masa’il).

Qabisi’s work is divided into three parts as under:

Introduction. Explanation as to what is Iman, Islam and Ihsan; what is Istiqama and what is the definition of Salah. Excellences of the Quran, and the formalities to be observed in its learning.

Teaching of the Quran and the parents’ responsibility. Instruction in poetry, calligraphy, grammar, recitation. Remunerating the teacher. Teacher’s conduct. Importance of teacher’s personal attitude to pupils. The different aspects of capital punishment, and being lenient to pupils. Maintaining justice and equality between pupils, and looking after their welfare. Preventing them from hurting each other. Friday and other holidays.

The teacher and his responsibilities. Gifts for teachers. Full-time attention to teaching. Teacher’s illness. Cooperative teaching by the teachers etc., etc.

Thus, besides his other advanced views, Qabisi was the inventor of the concept and practice of ‘Co-operative Teaching by the Teachers’ which has been realised only in some of the modern educational systems in the 20th century.