The book will be discussed in this article is Al-Kafi fi al Kuhl,The Sufficient in Ophthalmology, which was written byKhalifah Ibn Abi Al-Mahasin Al-Halabi (D 656AH=1256 CE). The first medical historian to mention this book and bring it to the attention of the medical historians’ community was the famous French medical historian Lucien LeClerc, who in 1876 wrote briefly about the then only known copy of the book in the Bibiliotheque Nationale in Paris (Number: 1043 B Arabe) (1). Since then, many other historians came to mention the book and discuss its contents scientifically and artistically. 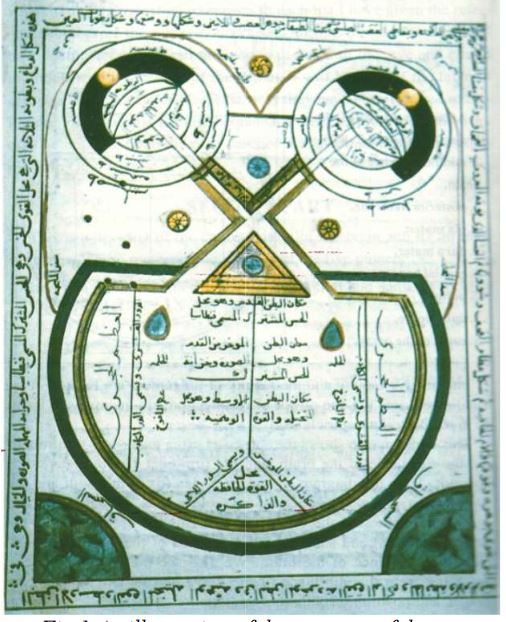 Fig. 1 An illustration of the anatomy of the eye.

Carl Brockelmann (1868-1956), the famous German orientalist historian and biographer, mentioned the book and CITED a second manuscript in Istanbul, Turkey in the Sulaymaniea library (YeniJame 924) in his book entitled Geschecte Der Arabischen Literature published in Berlin in 1902 (2).

In 1905, the famous orientalist, ophthalmologist, and the founder of the field of the history of ophthalmology, Julius Hirschberg (3), along with another two orientalists, J. Lippert, and E. Mittwoch, wrote a book entitled Dei Arabischen Augenarzte, or The Arabian ophthalmologists, in which they studied the book in great detail and translated select sections into the German language based on the two known manuscripts. The book was translated into English and published in Riyadh, KSA (4).

It is very surprising to notice that the outstanding books written by famous Arabian historians and biographers have neglected to mention this book, especially Ibn Abi Usaybia who wrote the most accurate and reliable medical biography entitled Uyon Al-Anbaa fi Tabaqat Al- Atebba, especially since they were colleagues and studied medicine in Al-Bimaristan Al-Nooriin Damascus, Syria, under the same mentor the famous (Al-Dukhwar). And what is more surprising is that most modern-day biographers, such as Al-Zirkly, Kahhale, Diab, etc. have ignored the book and its author. The only brief mention of the book was by the late Prof. Kamal Al-Samarrai (5). 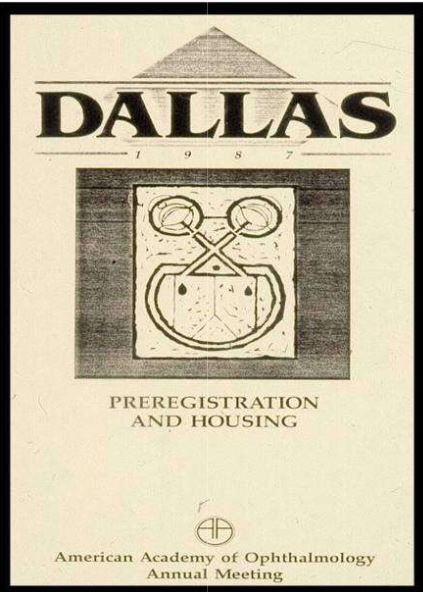 As mentioned above, there are currently two known manuscripts of this book:

– The Paris manuscript in the Bibliotheque Nationale, the recent number (Arabe2999).

– The Istanbul manuscript in the Sulaymanieh Library, the index number (YeniJame 924).

In this article, we will focus on the Istanbul manuscript because it is complete, well organized, neatly written in Naskh calligraphy (1560CE), more recent than the Paris Library manuscript (written in 1274CE), and very well illustrated.

The manuscript consists of 230 folios, well organized in terms of chapters and sub-chapters; it is important because it was written towards the end of the peak of the Arabic/Islamic civilization era, followed by only four books written in the field of ophthalmology, namely:

The significance of this book lies in the following facts: 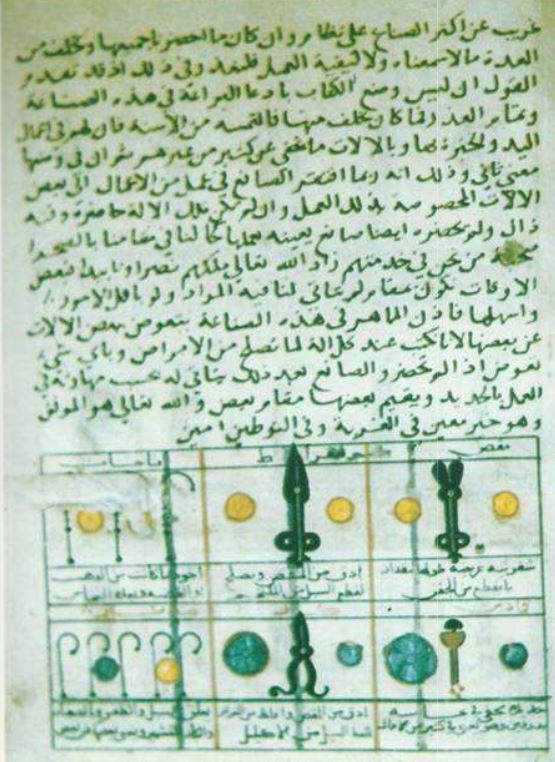 Fig. 3 The ophthalmic surgical instruments, organized into tables for the first time.

1- It summarizes most, if not all, that was written field prior to its time.

2- The author quoted 72 authors and 41 books and pharmacopoeias starting with Hippocrates up until time and gives credit to each author and book.

3- It is the first book to elegantly illustrate the anatomy of the eye globe, the optic nerves, the optic chiasm, the optic pathway, the occipital lobe, the four cerebral ventricles, and the Dura mater and the Pia mater (Fig. 1.) This illustrates the cross-section of the eye globes with great details to the lens behind the iris, the pupil in the middle of the iris, the three coats of the eye, the sclera, the choroid and the retina, the optic nerve, the chiasm, the optic pathway the four ventricles of the brain, and the small circle behind the chiasm which we believe to be the pituitary gland, but he didn’t dare to name it. One can see the occipital lobe where vision takes place as well as the periosteum labelled in Arabic.

4- This illustration was used as the emblem to the American Academy of Ophthalmology’s annual meeting in Dallas, Texas in 1987, with reference to the original drawing (Fig. 2).

5- It is the first book to place the ophthalmic surgical instruments on very elegant tables, with the drawing of the instrument, its name at the top, and the way to use it below (Fig.3).

6- It is the first book to classify eyelids and eye diseases in well-organized tables (Fig. 4). 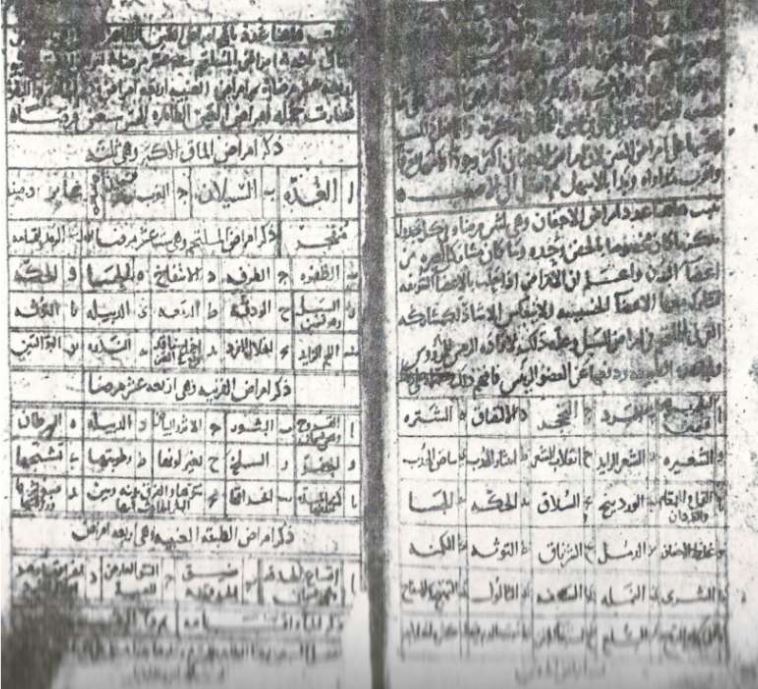 Fig. 4. Classification of the eyelid and eye diseases in organized tables.

7- It is the first book to describe the measurements (weights and volumes) necessary for accurate medication ratios. Those measurements were more precise than what was mentioned in Ibn Sina’s Al- Qanon.

8- It is the first book to dedicate a whole separate chapter to meticulously describe the technique of venesection (bloodletting), which seems more precise compared to what Ibn Sina wrote in Al-Qanon.

9- For the first time in history, it describes the use of the magnet to extract a broken piece of a couching needle from the eye.

It is worth mentioning that this book was edited by Zafer Wafai, MD and the late Prof. M. Rawwas Kalaaji, PhD, and was published by the Islamic Educational, Scientific and Cultural Organization (ISESCO), Rabat, Kingdom of Morocco, 1990 (Fig.5). 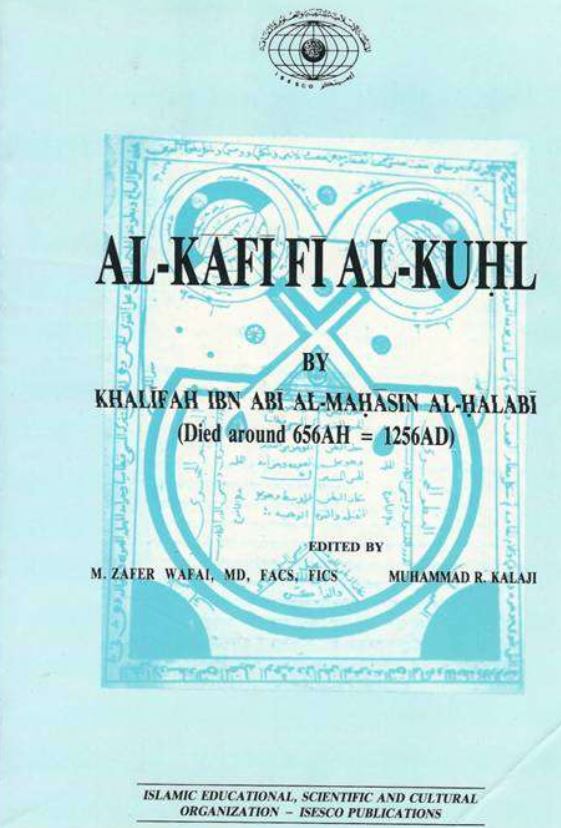 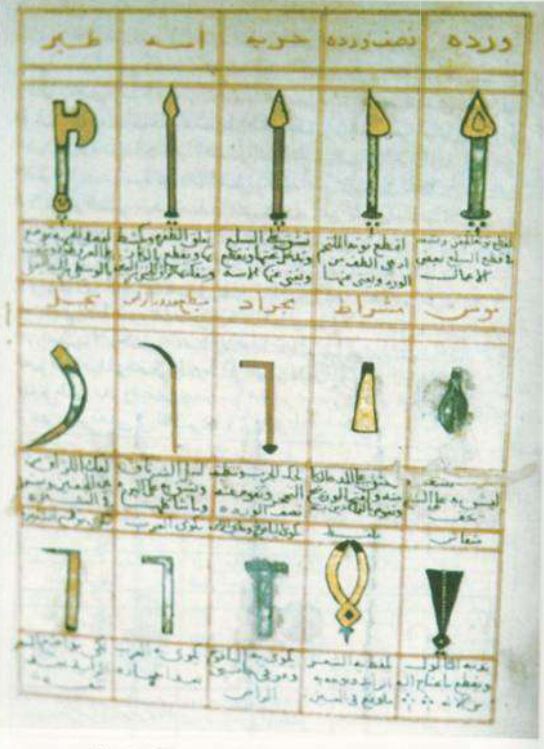