AL-FIHRIST is to be regarded the first standard subject-wise 'catalogue' covering all areas of knowledge... 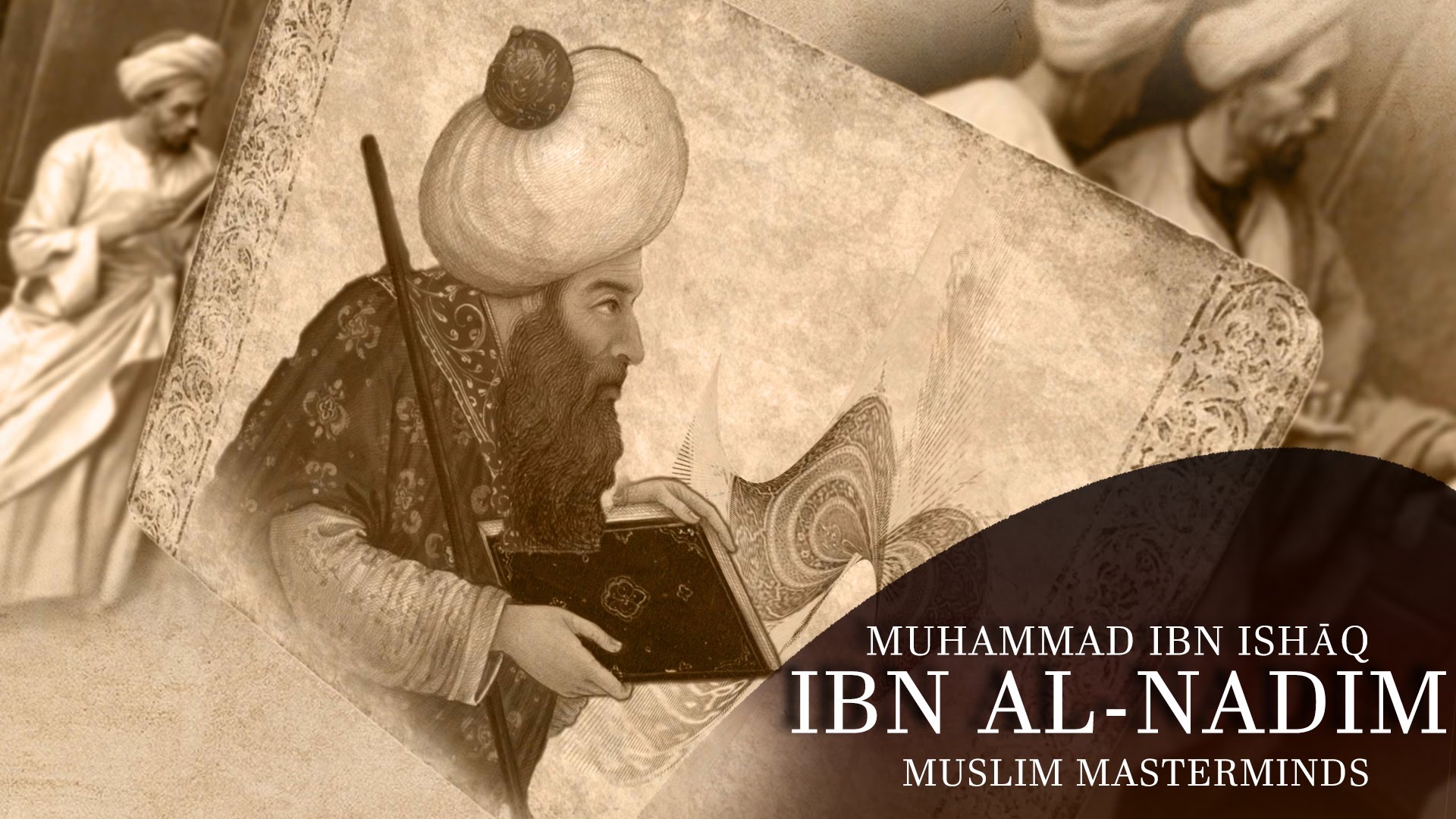 Editor’s Note: The following is an extract from N.A Baloch’s ‘The Great Books of Islamic Civilisation’. This is a short summary of Al-Nadim‘s ‘The Catalogue’.

The author of this important work Abu al-Faraj Muhammad b. Ishaq, who later became known as ‘Al-Nadim’ for being a boon companion of the Buwayhid ruler Mu’izz al-Dawlah (954-967 A.D), was born by about 320 A.H. His father Abu Ya`qub Ishaq who was himself a warraq, a dealer in paper and books, arranged good education for young Muhammad. Later, he received higher education in different disciplines from most eminent teachers, such as Isma`il al- Saffar, an authority on the Hadith; Abu Sa`id al- Sirafi, the Jurist; al-Husain b. Ishaq, the theologian and natural scientist; Abu al-Faraj al-Isbahani, the author of the famous Al- Aghani (a thesaurus of poetry, songs and singers, literature and culture); al-Marzubani, the literatuer and author of Tabaqat al-Shu`ara (Generations of Poets); al-Hasan b. Sawwar, the logician and translator of scientific texts;  Yunus al-Qass, the mathematician; and Abu al-Hasan Muhammad ibn Yusuf al- Naqit, a scholar of Greek Sciences. Such an extensive exposure to the different areas of knowledge enabled him to extend independent inquiries into the original source material pertaining to these and other disciplines.

He is said to have commenced his career as a Katib, which may mean either a scribe or secretary well versed in correspondence, or a calligrapher and transcriber of books. Some of his own observations would show that he was associated with book trade and as such be-came an assiduous researcher and collector of books; he also continued to gain acquaintance of other scholars who either themselves transcribed or produced books, or collected books travelling far and wide. Because of his learning and scholarship, he was taken into service by the Buwayhid rulers and became their trusted court companion. He died on Wednesday, in the month of Sha`ban on the 10th day from the end of it, in the year 380 A.H. (990 A.D.).

With his scholarly pursuit of books as repositories of knowledge and his deep interest in Kitabat, the art and technique of writing, which helped in transcribing and producing more and more books, he first authored a book on this subject giving simultaneously the characteristics and comparison of books so produced. It was in the year 377 A.H (987/88 A.D.) that he systematically commenced documenting and describing the books which he then had in his own collection, or which he had once possessed and examined, or about which he had good authentic information. His approach in documentation was encyclopaedic in so far as it purported to bring under reference all the known books of all the nations. He entitled this work as AL-FIHRIST, (The Catalogue). Its complete basic draft was probably completed by him in the year 380 A.H., sometime before his death. In the preface, he set forth the scope of his documentation as under:

This is a catalogue of books of all peoples, Arab and non-Arab, existing in Arabic language and Arabic script, dealing with various sciences together with the accounts of those who composed them and the categories of their authors – their genealogies, dates of birth, length of life, times of death, locations of their cities, and their virtues and faults – from the beginning of each science to this our own time, which is the year three hundred and seventy-seven after the Hijra” (A.D. 987/88).

It is obvious from this statement that AL-FIHRIST was not intended to be a mere book-list. Al-Nadim had planned it to provide information on (i) each book with its correct title, (ii) the author’s name and other necessary details about him, and (iii) the subject matter of the book and the area of knowledge to which it belonged – the three main ingredients essential to the process of cataloguing. With scholarly approach and skill in documentation, Al-Nadim laid the foundation of ‘Science of Cataloguing’ in this work.

Thus, in its scope and presentation, AL-FIHRIST is to be regarded the first standard subject-wise ‘catalogue’ covering all areas of knowledge. It is divided into ten Parts which are further sub-divided into Sections each dealing with one or more subjects, with a general introduction followed by bibliographical details. The 1st section of the 1st chapter deals with the foundational base for knowledge, viz. languages, scripts, and forms of writing both of Arabs and non-Arabs. Historically, this Section becomes the first ever scientific account in the domain of Paleography. The tenth and the last part contains an account of alchemists and the practitioners of Alchemy, both the ancient and the recent ones.

With each book documented in its essential details, Al-Nadim brought under reference all the books relevant to each discipline by way of bibliography. However, he listed them together, and not alphabetically, an important feature of cataloguing/bibliography which was to develop later in the more advanced work Kashf al-Zunun of Haji Khalifa. But AL-FIHRIST has the merit of being a ‘Universal Catalogue’ of its times in so far as it documents important intellectual achievements during the first four centuries of Islam with an extended frame of reference linking intellectual achievements of several civilizations. The author, being the most knowledgeable scholar himself, succeeded in making AL- FIHRIST a mirror of science, literature and culture-reflecting all important achievements in these areas and much more. In the opinion of a modern scholar “not only is the work extremely valuable for a knowledge of the culture of medieval Islam and of the literary personalities of the period, but it gives important information about the classical material available for transmission through Muslim culture to the Western world. Al-Fihrist is thus a true record of civilization.”[1] 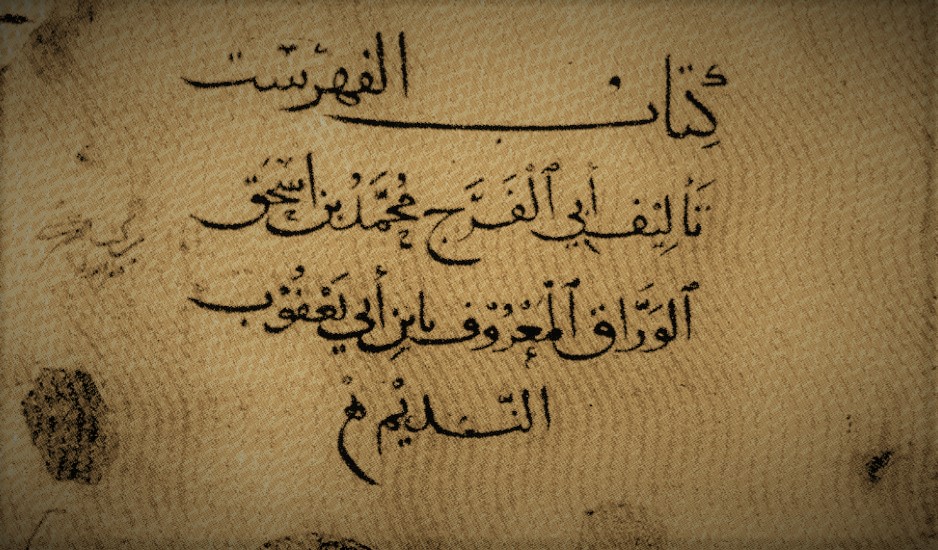