The medical Islamic tradition is one of the richest and the most lasting components of the general history of medicine. Some of its main aspects are dealt with in a series of five articles by Dr. Sharif Kaf al-Ghazal, a physician and historian of Islamic medicine.

A Series of Five Articles by Dr. Sharif Kaf al-Ghazal

1. The Influence of Islamic Philosophy and Ethics on the Development of Medicine in the Islamic Civilisation

2. The Valuable Contributions of Al-Razi (Rhazes) in the History of Pharmacy

4. Ibn Al-Nafis and the Discovery of Pulmonary Circulation

5. The Origin of Bimaristans (Hospitals) in Islamic Medical History 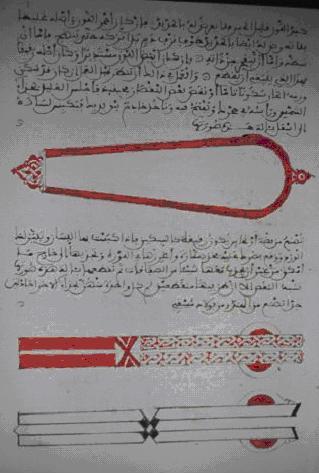 Islamic medicine is part of a long medical and scientific tradition that goes back to classical Greek times, ancient Persia and Sanskrit India. From the beginning, the Islamic civilisation showed a lasting curiosity and an open attitude to the intellectual products of previous civilisations, mainly in science, medicine and technology.

The earlier Greek medical teachings were welcomed and valued by the founders of the emerging Islamic science and medicine which needed to find ways of dealing with medical problems common to all peoples: disease, pain, injuries, and successful childbearing. This heritage of medical theory and practice, mingled with some Persian, Indian, and Arab elements, was assimilated and elaborated by a community of both Muslim and non-Muslim physicians speaking many languages – Arabic, Persian, Syriac, Hebrew, though Arabic became progressively the lingua franca and the dominant faith was Islam.

In the following, we introduce a series of five articles by Dr. Sharif Kaf Al-Ghazal on numerous aspects of the history of Islamic medicine. The author is a consultant plastic surgeon in England, honorary senior lecturer in Leeds university and founder and executive member of the International Society for the History of Islamic Medicine.

The articles deal with various subjects of medical history in Islam. Firstly, a general analysis of the influence of Islamic philosophy and ethics on the development of medicine is provided. This is followed by a focus on the appreciable contributions made by the well known scholar Muhammad al-Razi in pharmacy. Then the achievements of the great Andalusian physician Al-Zahrawi in surgery are detailed. The discovery of the pulmonary circulation by Ibn al-Nafis is the subject of the fourth article, while the fifth is dedicated to the description of an important medical Islamic institution, the hospital, known as Bimaristan. The article describes the Bimaristan system and the varieties of hospitals in Islamic times (like the hospital for mental disease or for leprosy), and hospitals for different locations and social functions (road, prison and mobile hospitals).

Among the names that influenced profoundly the history of Islamic medicine we can mention the following names:

Abu Bakr Muhammad Ibn Zakariya al-Razi (865-925), a prolific author of dozens of medical treatises. Al-Razi is a well known Muslim physician and writer, whose medical writings greatly influenced the Islamic world and Europe in the Middle Ages where he was known under the Latinized form of his name, Rhazes.

Hunayn Ibn Ishaq (lived in Iraq between 808 and 873) was a Christian of Syriac origin. He was a great translator of the works of Aristotle, Galen, and Hippocrates and the author of numerous original texts in different fields of medicine, from ophthalmology to odontology. His works on the eye remained influential until the 15th century. 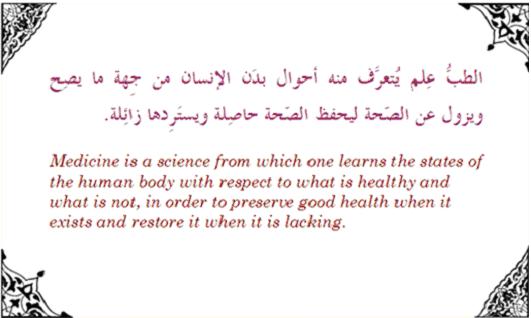 Ibn Sina, the famous Avicenna (d. in 1037 CE), left a huge amount of works, of which the most famous in medicine is without contest al-Qanun fi ‘l-Tibb (The Canon of Medicine), an encyclopedic text that constituted the basis for medical teaching in the Muslim West as well as in Europe until the last centuries.

Abu ‘l-Walid Muhammad ibn Ahmad Ibn Rushd, known in the West as Averroes, was born in Cordoba in 1126 and died in Marrakech in 1198. Jurist, philosopher and physician, his commentaries on the treatises of Aristotle influenced European thought until the 16th century. His knowledge of medicine is appreciable and is illustrated by his famous book Kitab al-Kulliyyat fi ‘l Tibb (Book of the Generalities in Medicine), translated into Latin under the title Colliget.

Abu al-Qasim Khalaf ibn al-Abbas Al-Zahrawi (936-1013), also known in the West as Abulcasis, was an Andalusian physician. He is considered as the greatest surgeon in the Islamic medical tradition. His comprehensive medical texts, combining Middle Eastern and Greco-Roman classical teachings, shaped European surgical procedures up until the Renaissance. His greatest contribution to history is Al-Tasrif, a thirty-volume collection of medical practice.

Ibn al-Nafis, whose full name is ‘Ala’ al-Din Abu Al-Hassan al-Qarshi (1213-1288), was a physician from Damascus, Syria and he worked also in Egypt. He is mostly famous for being the first to describe the pulmonary circulation of the blood and the coronary blood supply to the heart. The most voluminous of his books is Al-Shamil fi ‘l-Tibb (The Comprehensive Book in Medicine), an encyclopaedia which was planned to comprise 300 volumes. Ibn al-Nafis challenged the theory accepted by Galen about the circulation of the blood and proposed a new one based on his anatomical knowledge. He was the first to describe the circulation of the blood from the right chamber of the heart through the pulmonary artery to the lungs where it is mingled there with air, and then how it passes through the pulmonary vein to reach the left chamber of the heart. He conceived of the heart as clearly composed of two ventricles between which there is “absolutely no opening”. His description of the anatomy of the heart and of the lungs attest that he was at least familiar with the results of dissection, even if he did not perform it himself as far as we know.

Historians of Islamic medicine, from Lucien Leclerc to Françoise Michau, stressed the importance of the foundation of the bimaristan system in medical history. They described also in full detail the modernity of the funding system of these institutions, based on charitable endowment (Waqf), a system similar to modern sponsorship but with a strong religious and moral dimension. 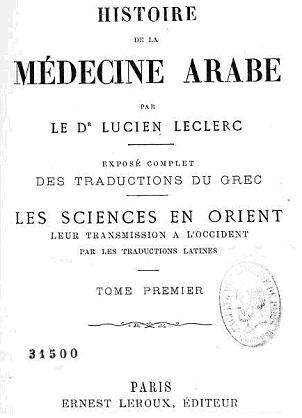 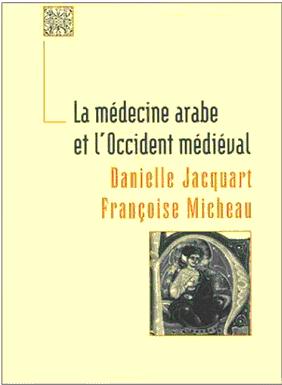 When he visited the Muslim Middle East in the years 1183–1184, the Andalusian historian and traveller Ibn Jubayr could not hide his admiration and exclaimed that the hospitals are among the best titles of glory of Islam. He found these institutions in most of the towns of Egypt, Syria and Iraq. The hospital was known in Arabic by the original name of Bimaristan, a word of Persian origin that was often contracted to maristan. The modern use in certain Arabic countries of maristan in a limited sense, such as that of mental hospital in Egypt, comes from this old origin.

The most famous hospitals of the classical times of Islamic civilisation were Al-Adhudi in Baghdad, Al-Nuri in Damascus and Al-Mansuri in Cairo. Al-Adhudi hospital was established in 372 H / 982 CE by the Sultan ‘Adhud al-Dawlah. When it was founded it had twenty five doctors, including oculists, surgeons, and bonesetters. In 580 H / 1184 CE a traveller described it as being like an enormous palace in size. In the 12th century, Salah al-Din al-Ayyubi (known as Saladin) founded Al-Nasiri hospital in Cairo, but it was surpassed in size and importance by Al-Bimaristan al-Mansuri, which was completed in 638 H / 1284 CE, after eleven months of construction. The hospital Al-Nuri in Damascus was a major medical institution from the time of its foundation in the middle of the 12th century until the 15th century, by which time the city contained a further five additional hospitals.

Other towns of the Islamic world knew the foundation of hospitals. In the Arabian Peninsula, the cities of Mecca and Medina, and in al-Qayrawan, hospitals were built. In Iran, several relief and healing institutions existed. The hospital of Rayy was headed by al-Razi as early as the late 9th century, before his moving to Baghdad. Later on, Ottoman hospitals flourished in Turkey in the 13th century, and there were hospitals which spread through the Indian Muslim provinces. In al-Andalus, the Muslim Spain, even though hospitals were comparatively late to be founded, the earliest was possibly built in Granada, other similar institutions existed in Sevilla and Cordoba.