The aim of the International Day for Monuments and Sites is to encourage local communities and individuals throughout the world to consider the importance of cultural heritage to their lives, identities and communities, and to promote awareness of its diversity and vulnerability and the efforts required to protect and conserve it.

18 April is celebrated all over the world by a wide range of organisations and many UNESCO’s National and International Scientific Committees.

The Research Centre MOHA in cooperation with the Greek Delegation of Unesco inaugurates on Saturday April 16, 2016 at 20:00 the photo exhibition “GREEK UNESCO’S MONUMENTS” in the house of Mohamed Ali Pasha Kavala, Greece. 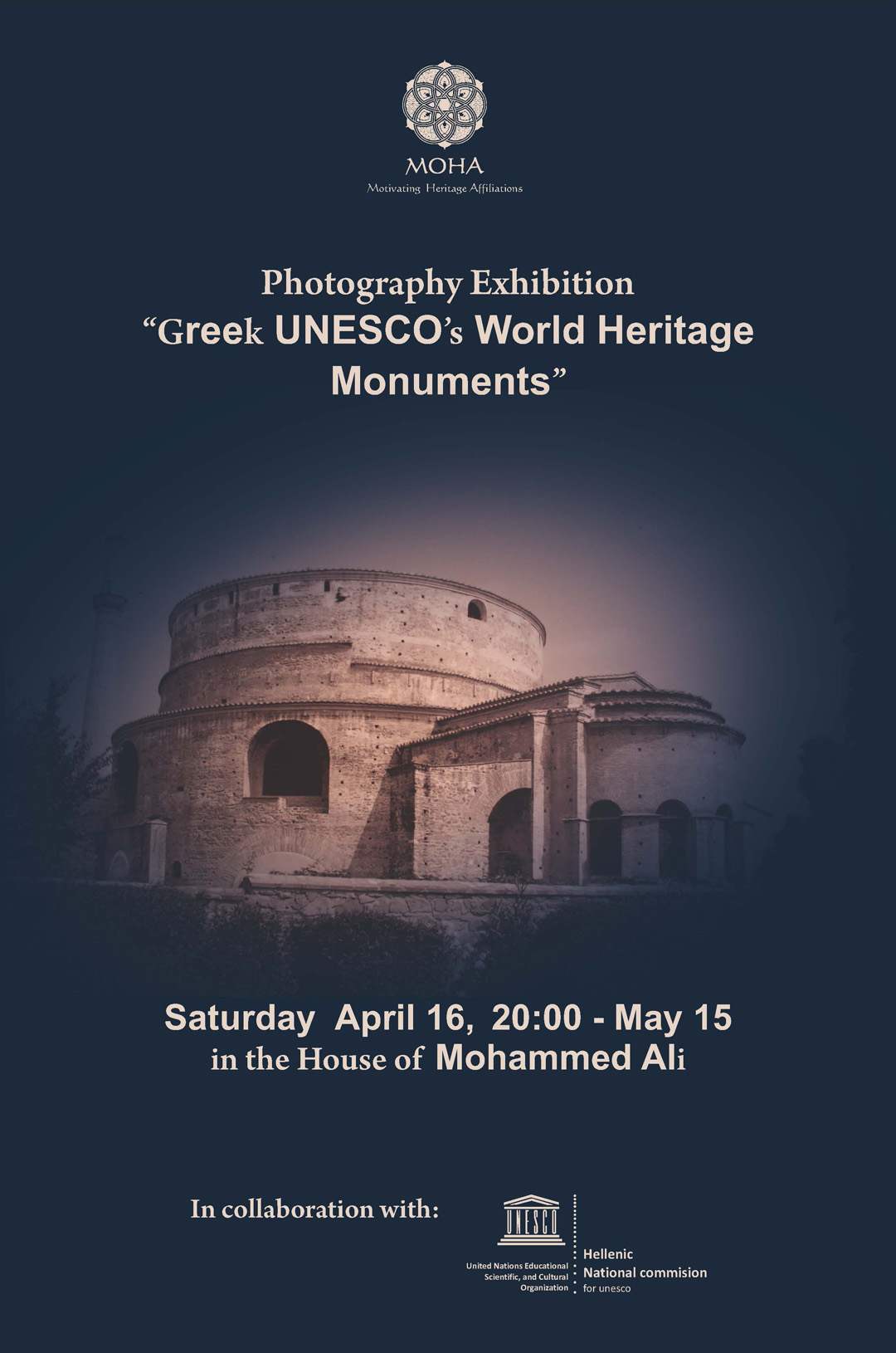