1001 Inventions Exhibition at the National Geographic Museum from Turkish-American TV on Vimeo.

The award winning “1001 Inventions” exhibit held at the National Geographic Museum reveals the ancient Muslim world’s ground-breaking contributions to science and technology and how its influence extends into the present day. “1001 Inventions” has gathered much attention from a wide audience in several cities, including Istanbul, Turkey as Prime Minister Tayyip Erdogan’s request that this exhibition be displayed there. Over the course of 7 weeks, the exhibit received 450,000 visitors in Sultan Ahmet Square. Professor Salim Al-Hassani, President for the Foundation for Science, Technology and Civilisation and the Chief Editor of the book “1001 Inventions”, remarked that he saw many young Turks cry from joy upon seeing their ancestors’ brilliant contributions to history while stating: “This is fantastic… we now feel that we have respect; we have appreciation from the rest of the world.”

Professor Al-Hassani emphasizes that the idea for compiling the knowledge behind this exhibit was born 13 years ago after a professor and colleague of his stated that 1,000 years of history, otherwise known as the dark ages in the West, had been forgotten. Professor Al-Hassani prefers to refer to this period as the “Golden Age”, as many pioneers from the Muslim world significantly changed the course of history for the better during this time. He underscores how this exhibit has helped many people worldwide to recognize their integral role in civilization, as their ancestors were its “builders.”

The exhibit is an interactive and entertaining manifestation of knowledge compiled by the Foundation for Science, Technology and Civilisation and 1001 Inventions Ltd. It counters the widely yet mistakenly held notion that the exotic backdrop of “One Thousand and One Nights,” a series of Arabic folk tales, is an actual depiction of ancient Islamic civilization by playing with the story’s title and providing a rich array of information based on ancient manuscripts and other findings. Turkish-American TV is a proud supporter of 1001 Inventions and provides a glimpse into the interactive and educational nature of this exhibit while including informative interviews with Professor Al-Hassani and Richard McWalters, Director of National Geographic’s Museum Operations. 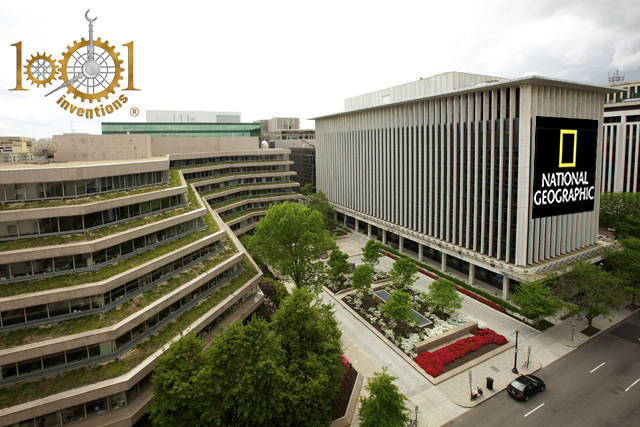