Cryptology, the art and science of making and breaking codes, has a history that is older than 4000 years. The first mention of cryptology in a formal sense started in the 9th century CE, by Arab Cryptologists. They designed new codes and systematically described the methods to break the codes, i.e. cryptanalysis.

David Kahn, a prominent historian of cryptology, wrote in his 1967 book, “The Code Breakers – The Story of Secret Writing”, that “Cryptology was born among the Arabs”. Kahn’s statement was based on references in Al-Qalqashandi’s encyclopedia, titled Subh Al-A’sha fi Sina’at Al-Insha’ (The Dawn of the Blind in the Writing Industry), written in 1412 CE. Almost all of these references were based on a manuscript by Ali ibn ad-Durayhim written around 1350 CE, titled “Muftah Al-Kunuz fi Idhah Al-Marmuz” (The Treasures Key in Deciphering Cryptograms). Ibn ad-Durayhim’s book was thought lost at the time.

In 1979, Drs. M. Mrayati, Y. Alam and M. al-Tayyan, from the Arab Academy of Damascus, decided to verify the truth of Kahn’s statement and searched for Ibn ad-Durayhim’s lost book.

They discovered a treasure! Not only they found Ibn ad-Durayhim’s book, but they also discovered more than 15 Arabic manuscripts on Cryptology written in the period 2nd to 8th Hijri centuries, i.e. 9th to 15th centuries CE. Most of these manuscripts were found in the Suleymaniye Ottoman Archive in Istanbul, Turkey.

The manuscripts were edited and analyzed by Dr. Mrayati and his team, and were published in Arabic in 1987. The Arabic manuscripts were then translated to English and published in 9 volumes. Volumes 1 to 6 can be downloaded from: https://publications.kacst.edu.sa/SystemFiles/Books_Pdf/302.pdf

Volumes 7 – 9 will be published soon. 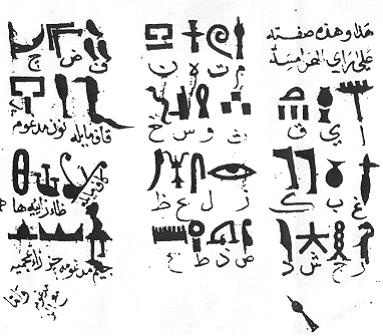 Al-Kindi’s Treatise shows that the Arab scholars’ interest in their language led them to study aspects that aid in Cryptology like Linguistics, combinatorics and statistics of the Arabic alphabet and words. The linguist Al-Farahidi, (100 – 170 AH /  718  – 786 CE), used principles of permutations and combinations to list all possible Arabic words with and without vowels in his Arabic dictionary Al-Ayn.  Al-Kindi showed how to use letter frequency analysis to break substitution codes almost 1200 years ago!

A manuscript by Ahmad ibn Wahshiyyah (291 AH / 914 CE) titled “Shawq al Mustaham fi Ma’rifat Rumuz al-Aqlam” (Seekers Joy in Learning about Other Languages written Symbols) identified 93 alphabets and symbols, among them Hieroglyphics. Ibn Wahshiyyah decoded about half of the Hieroglyphic alphabet, and noted that the symbols.

The Arab scholars work on Cryptology was not an individual effort. It formed a “School” of Cryptology that thrived for centuries. The scholars learned from each other, added their own original contributions and forwarded the works to others.

The discovered manuscripts corrected the history of Cryptology by pushing its origins back by more than five centuries, and substantiated Kahn’s statement that “Cryptology was born among the Arabs”.

The presentation given by Dr. Al-Suwaiyel to an audience at Oxford University can be accessed here. 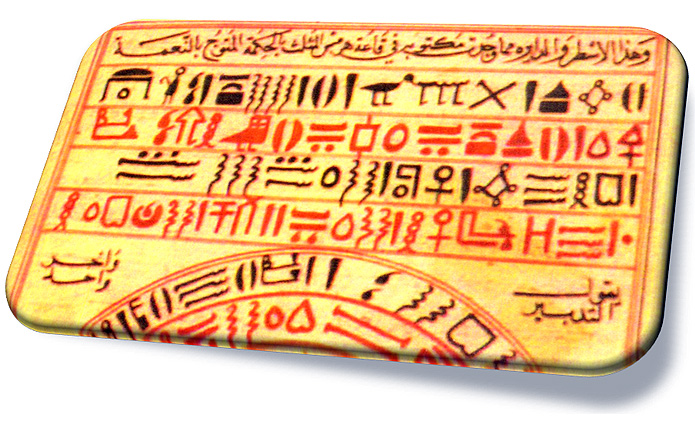