by The Editorial Team Published on: 25th July 2003

Tunis was rebuilt under the Roman Emperor Augustus in the first century AD, but without the importance of Carthage. The Muslims re-fortified it in 720 AD, and built the Zaytouna Mosque. 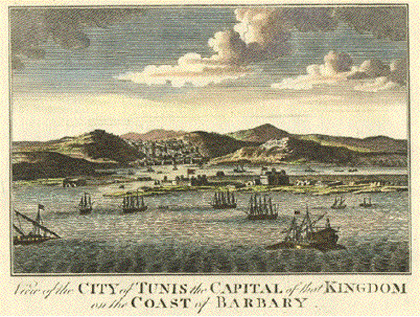 Figure 1. Tunis “View of the City of Tunis the Capital of that Kingdom on the Coast of Barbary”, Copper etching by Bankes. Published by C. Cooke in London, ca 1775.
Source: www.raremaps.de/printsnorthafrica.html

Tunis, the green, was the capital of Muslim Caliphate in the Maghreb reaching a period of unrivalled prosperity and economic, cultural and social growth. Below is a summary of how this once great city was planned to meet such prosperity.

Tunis was rebuilt under the Roman Emperor Augustus in the first century AD, but it did not have the importance that Carthage had previously enjoyed. The Muslims re-fortified it in 720 CE, and built the Zaytouna Mosque. The city was used as an administrative centre, and as a garrison town subordinate to Qayrawan. Its main role was to supply the Muslim army protecting the settlements of Sicily and southern Italy. Meanwhile the Zaytouna Mosque and university were preparing religious teachers to preach and teach new converts, while other teachers were being sent to Andalusia, Cordoba, and Sicily. Since the Aghlabid reign (ninth century), Tunis replaced Qayrawan as the capital of the province of Tunisia (Ifriqya as it was known then), and became a centre of religious orthodoxy (Figure 1). It remained so until the period of European colonisation. Tunis naturally had a multi-ethnic composition reflected in a number of quarters which catered for Arabs, Jews, Andalusians, a number of Italians, Maltese and other minorities.

Just before becoming a protectorate, Tunis had an area of 270 ha and had a population of 90,000 people (AbdelKafi, 1989, p.39). It was surrounded by two sets of walls with three major spatial components (map 4.8). The central medina occupied the heart of the city and was bordered by ramparts. The two Ribats, “Faubourgs as they are called were added to the medina in the late twelfth and early thirteenth centuries (Woodford, 1990).”

The Plan of Tunis

The organisation and land use of the city reflected its Islamic social and cultural values. Ordered around the main mosque, the town consisted of the following elements (Figure 2).

It was the main mosque of the city and occupied its heart. Tunis has always been a complex of buildings incorporating the Zaytouna Mosque and University (also spelt Zaituna and Zaitouna), famous for its religious teaching and public library (figure 3). The mosque and university were founded in 732 on the site of an “olive tree” under which a Tunisian scholar used to teach Islam to students. Figure 2. The Mosque of Zaytuna still standing proud but missing those great days of learning.

The Aghlabids rebuilt it in the ninth century, making it a focal point for the cultural and religious life the Aghlabid reign after Al-Quairwan Mosque. In 1961, the Tunisian government incorporated it into the University of Tunis. Zaytuna University produced a number of great scholars and reformers including; the famous Ibn Khaldoun, Abd-Al-A’ziz Al-Tha’alibi, Mohammed Tahar Ibn Achour and the poet Abi Al-Kacem Al-Shabbi.

Around the Zaytouna complex, there was a network of Souks, bazaars and shopping streets. These represented the economic heart of the city. The spatial distribution of these activities also followed a particular pattern based on socio-cultural and environmental considerations. Near the mosque the prestigious trades and crafts were grouped together eg booksellers, perfumeries, dried fruits sellers and cloth merchants. Today one can still see traces of this tradition -the Souk of the Perfumes, traditional clothing shops and almond and spice sellers are still located alongside its walls. Activities involving pollution or noise such as dying and pottery were located on the fringes near the gates.

Known locally as Humate, residential quarters surrounded the local mosque (Masjid) where the five daily prayers were held. Each quarter had a high degree of independence (Figure 1). It had its Hammam, bakery, main shops, Quranic schools (Kuttab) and a Zawiya (charitable premises providing shelter, aid and religious lessons). It had its own gates which could be, in case of troubles, shut isolating any particular quarter from the rest of the medina (city) (Figure 4). 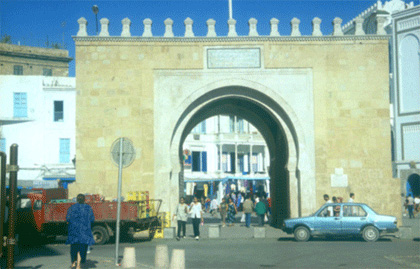 Figure 3. Tunis gate, a reminder of its Islamic fortifications.

Houses had single or several storeys surrounding a courtyard. They had few openings to the outside which usually had shutters. They were provided with either individual wells or had water reservoirs. The population of the quarter usually shared a common origin, social or economic status. Quarters were named in recognition of these features. For example, in Tunis there was Humat Al-Andalus mainly occupied by the Andalusian Muslims who had fled from Spain, the Jewish Hara, and the Humat Al-Ifranj for the European Christians.

The various quarters of the city of Tunis were connected with a network of narrow streets which offered access to pedestrians, horsemen and pack animals. Two categories of streets could be found. The first consists of private streets, called Durub (singular Derb), made of a network of narrow streets with a dead end (cul-de-sac) and used mainly by the inhabitants of the residential unit. The second type consists of the public streets which surround the residential quarter and contain the essential sources of household provisions such as bakery, wheat mill, Hammam and so on.

It is a citadel fortified with strong walls. It is isolated on the highest point in the city to the west of the medina. The Casbah had a prestigious role being the seat of the Ottoman government and residence of the Dey.

These were located mainly outside the outer walls in the east towards the sea.

The Muslim city is planned to function according to socio-cultural and economic values. It has a clear system of territorial demarcations according to their social and functional meaning. It is manifested in a zoning system that had been in practice since the first cities of Islam, Kufa, Basra and Baghdad. Today the name of Tunis, like that of other Medieval Muslim cities is well known all over the world, owing it essentially to the fame given it by Islam.

President of FSTC at AINAC in Abu Dhabi