The Institute of Arabic Manuscripts in Cairo, in cooperation with a large array of partners, including FSTC, organizes on May 27, 2013, a cultural festival dedicated to Arabic Manuscripts. The festival consists in lectures, workshops, presentations, exhibitions, demonstrations, posters, films and children's activities. The Institute of Arabic Manuscripts (ALECSO) and Bibliotheca Alexandrina, in association with the Thesaurus Islamicus Foundation,

During the festival, posters produced by the Foundation for Science, Technology and Civilisation (FSTC) will be presented. 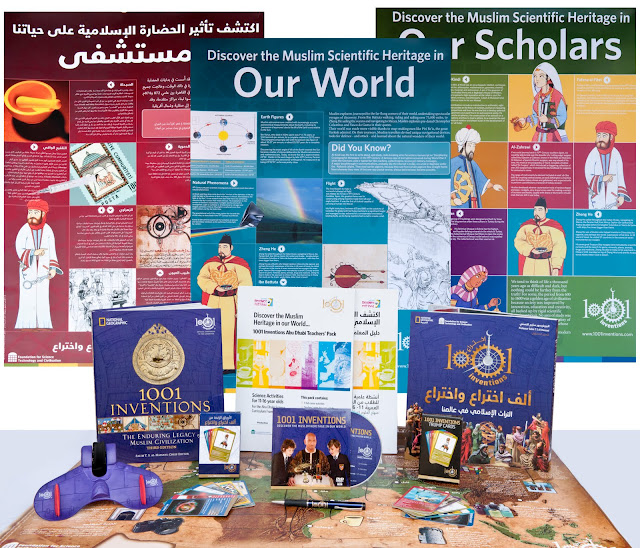 The festival will also show the award winning film 1001 Inventions and The Library of Secrets. The film, starred by Oscar-winning actor and screen legend Sir Ben Kingsley. It narrates the in a short feature film about the scientific heritage of Muslim civilisation. The mini-movie “1001 Inventions and the Library of Secrets”, which has already been seen by over 22 million people around the world, accompanies a global touring exhibition, which was open to the public in 2010 at the Science Museum in London pursues it worldwide tour.

In the movie, Sir Ben takes on the role of a mysterious and cantankerous librarian who takes a group of school children on an enlightening journey to meet pioneering scientists and engineers from the history of Muslim civilisation. The librarian is then revealed to be 12th century engineering genius Al-Jazari.

The Arabic Manuscript Festival features also an exhibition on Islamic Bookmaking, Tools and Instruments. This is an archaeological and scientific exhibition and presentation on the tools and instruments used in Islamic bookmaking craft, calligraphy and preservation of manuscripts. The exhibition is the second after the Muscat venue presented on 10-16 November 2012.

The exhibition will take place in Cairo with collaboration of the Islamic Art Museum of Malaysia, as part of the Arabic Manuscript Day, organized by the Institute of Arabic Manuscripts (ALECSO), and Bibliotheca Alexandrina, with other partners, on 27th May 2013, at Bayet Sinnary, Saidah Zinab, Cairo, Egypt. The organisers of the festival and the exhibition hope to organize more international exhibitions on the topic around the world, and to publish a catalogue-study reference, and to launch an internet-based repository, documenting Islamic bookmaking tools and instruments. This project is looking for partners among museums, libraries and researchers to join the group and join organizing the next exhibition, publications and outputs.

For the program and details: