The two day workshop, which took place on the 24th and 25th June 2014, followed on from sessions held in Istanbul in October 2013, and is part of a collaborative project between FSTC and iGETEV. 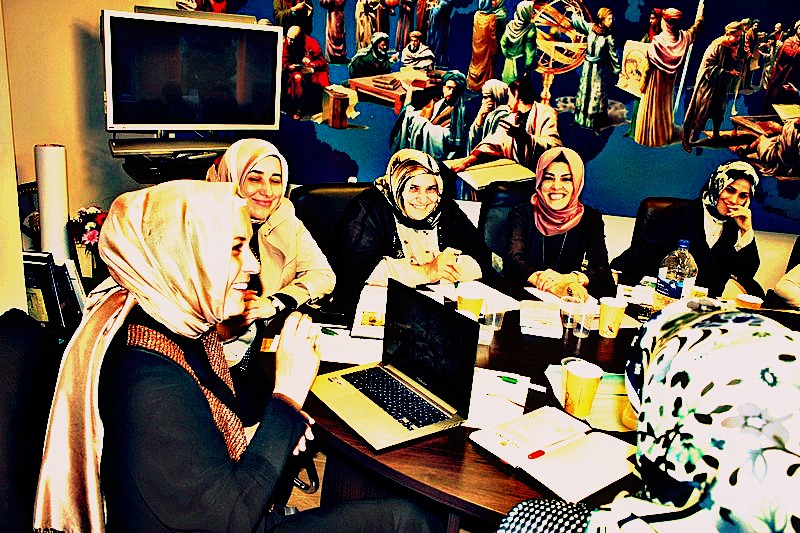 In June 2014, The Foundation for Science, Technology and Civilisation (FSTC) played host to a delegation from Turkey and held a workshop on Women of Science and Management in History attended by 27 participants.  The delegation from the Human Development and Social Education Foundation (iGETEV) was led by Zeynep Jane Louise Kandur and has been working closely with FSTC since June 2013, on highlighting the roles played by a number of remarkable women from the Muslim civilisation. The two day workshop, which took place on the 24th and 25th June 2014, followed on from sessions held in Istanbul in October 2013, and is part of a collaborative project between FSTC and iGETEV. 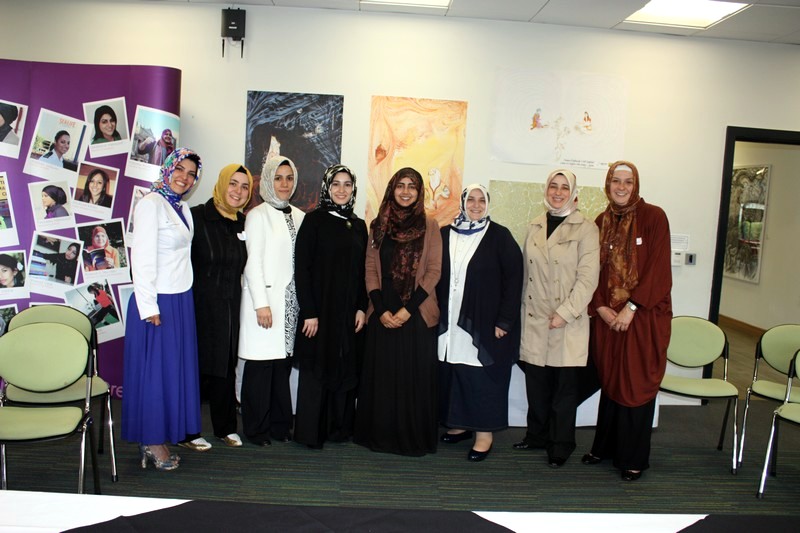 During the workshop, FSTC academics and associates came together with the delegates to discuss recent research findings on women in history who excelled in science, medicine and management and how to subsequently introduce such discoveries into school curricula. 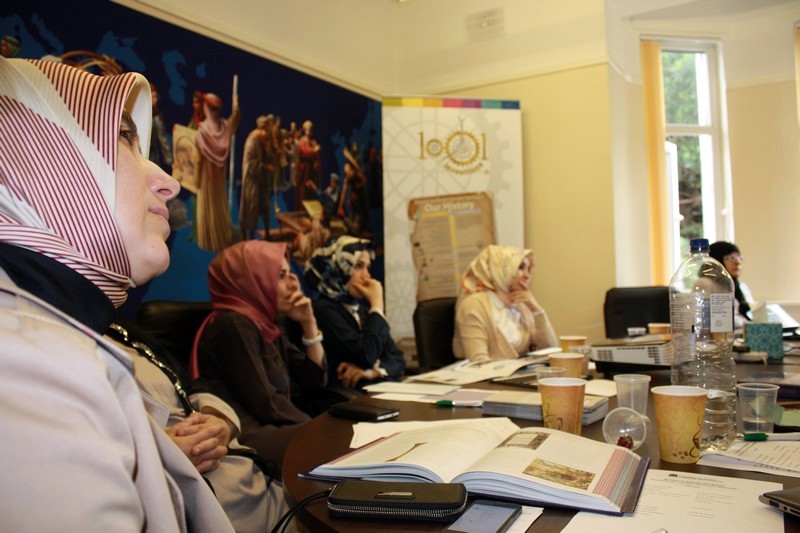 Delegates during the workshop

The workshop was opened by Professor Salim Al-Hassani, President of FSTC who highlighted the ground-breaking discoveries made by female scientists, scholars and intellectuals which until recently have remained unrecognised and absent from history books. The contribution of women to science and to the welfare of civilisation is little known, despite the fact that there were numerous female scientists, astronomers, mathematicians, doctors, pharmacists, and many others that built hospitals and schools, and ran businesses long before women’s rights were recognised in Europe. Professor Salim mentioned the contributions of women such as Fatima al-Fehri who founded the first known university and Mariam al-Ijliya for her phenomenal work on astrolabes. 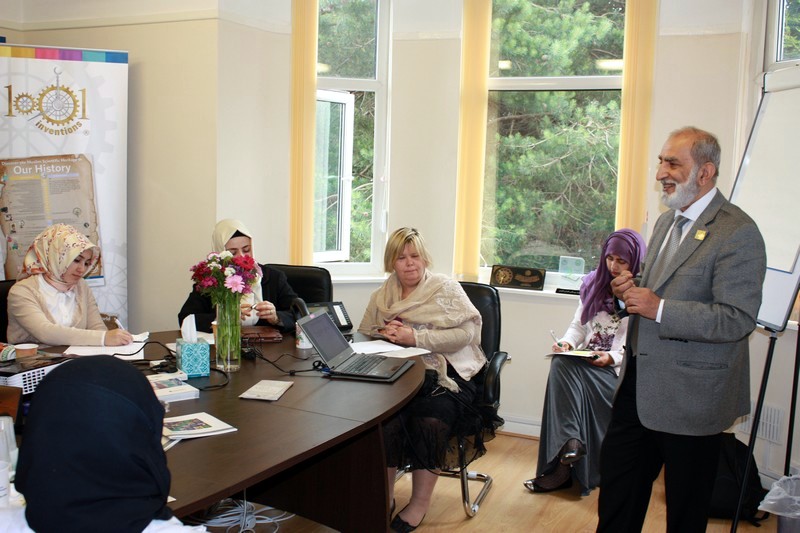 Dr. Anne-Maria Brennan and Sairah Yassir, representatives of FSTC, delivered sessions on how a missing millennium of scientific and technological contributions from the Muslim civilisation and others, can inadvertently create an imbalance in that it both feeds the superiority complex of some nations, and introduces an inferiority complex among other nations, particularly those that are Muslim. Additonally, schools’ curricula need to be enriched in order to recognise the inventions from other cultures such as the Muslim world, China, and India. In doing so, it is hoped that such enriched curricula will reflect the harmonious relationship between scientists and scholars of various faiths and of no faith, during the golden age. What is more, it will draw out the positive role of women in science, technology, medicine and arts during the early centuries of Muslim civilisation. One of the key sessions of the workshop was delivered by Zeynep Jane Louise Kandur, who on behalf of the iGETEV group shared an overview on how the project has been progressing in Turkey. It was heartening to be informed that the project has been received very positively with a number of influential ladies opting to join the group and further its message. Zeynep Jane also highlighted a number of ideas the group has to advance the project to its next stages, which includes working directly with teachers and schools. Exciting developments such as documentaries, animations, art books and an exhibition are all steps in the lead up to an international conference to be held in the future. 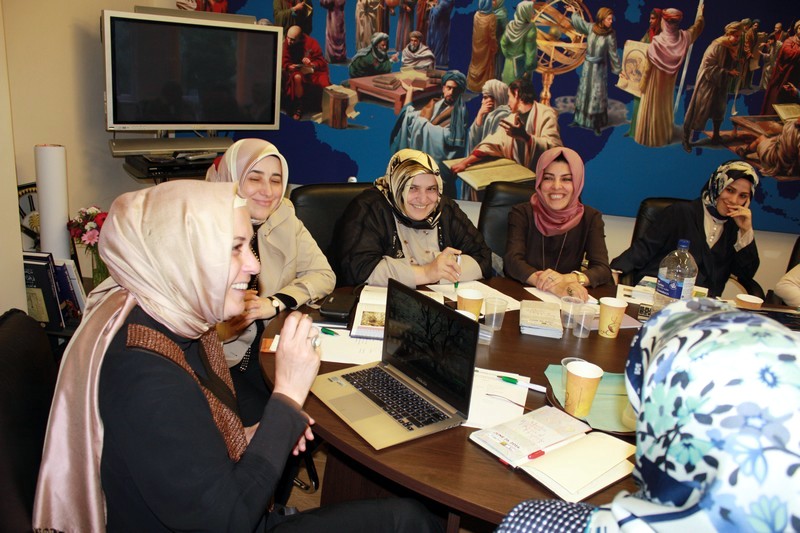 Two other members of the delegation, Tugba Ercan and Nur Ipek Aydin, delivered presentations on the work they are carrying out in Turkey and shared their ideas on how to make their current strategies more effective. All the members of the group agreed that they are making slow and steady progress – slow due to the sheer amount of research that needs to be done on the female role models they wish to include, as there is very little written about them in history books – making the project even more important. 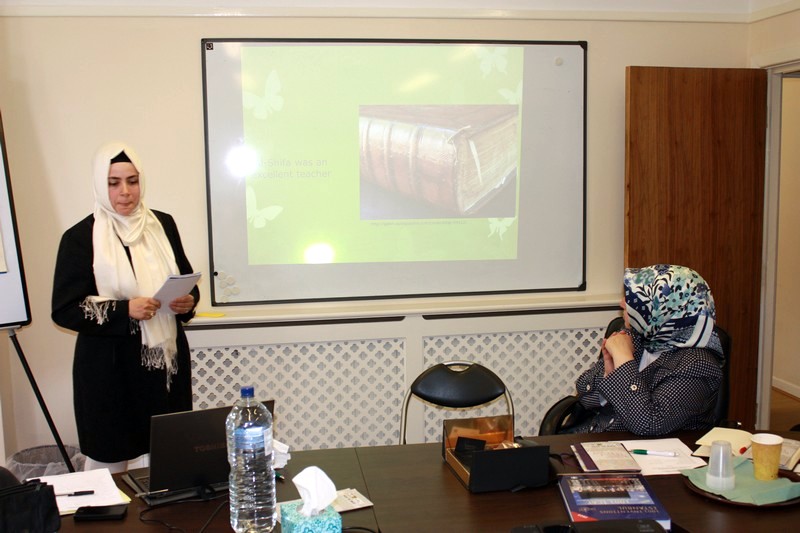 Zeynep Jane succinctly highlighted the aim of the project in that the message they wish to give girls and boys alike, is how these female scholars are powerful role models, whose contribution was enabled because of their Muslim culture not despite it.

On the second day of the workshop, FSTC hosted a luncheon to which FSTC trustees and other prominent associates were invited, so as to introduce them to the Turkish delegation and as an opportunity to celebrate the work happening in Istanbul. Prof Peter Kawalek and Ms Lena Sabbagh at the luncheon 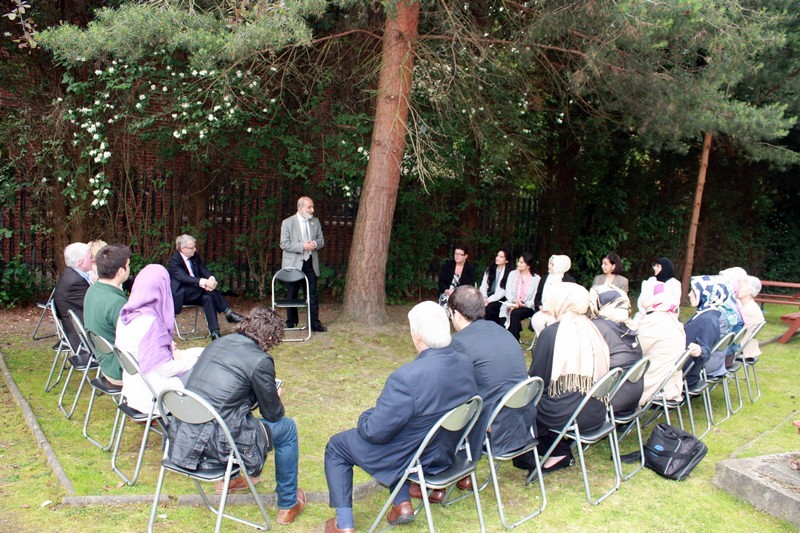 FSTC and partners sharing their successes in the FSTC House garden

The innovative work being carried out in collating and popularising the cultural roots of the early inventions and discoveries is vital in order to highlight the shared cultural and technological inheritance of humanity. Promoting awareness of these achievements of men and women of different faiths and cultures from both world civilisations shows how those contributions collectively helped build the foundations of our modern world.