On Friday 11 August 2017, the Foundation for Science, Technology and Civilisation UK, held two consecutive talks on the notion of 'Scholarship, Science & Technology in Sub-Saharan Africa'. The purpose of this event was to highlight and provoke further research into the many Sub-Saharan contributions on science and technology.

Khaleel was the first to deliver his presentation on “Technology in Sub-Saharan African Cultures”, as an opening activity, Khaleel invited the audience to name some Sub-Saharan African scholars which contributed to STEM subjects. Some attendees knew some fields whilst others did not, highlighting the importance of sharing knowledge on said contributions so as to fill this gap. 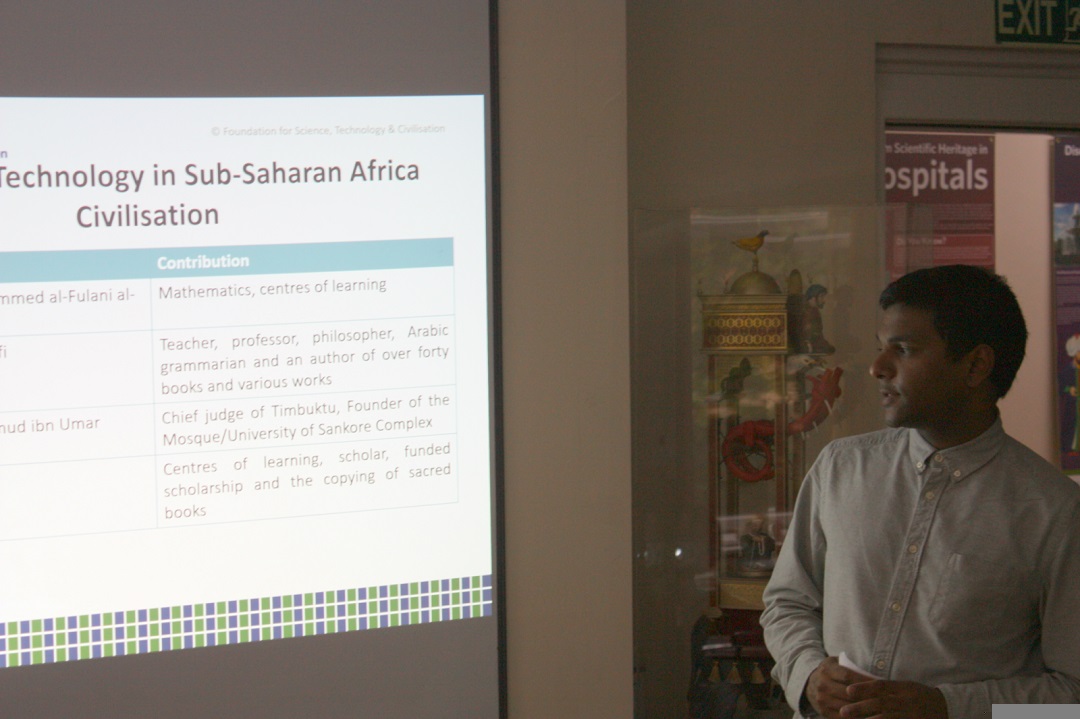 The remainder of Khaleel’s address featured discussions on “Metallurgy and Quarrying”, “Architecture and Infrastructure”, “Agricultural and Textile technology” along with “Transportation and Military Technology”. Some of the civilisations Khaleel mentioned that contributed to these subjects include the Nubian, Ancient Egyptian, Aksum, Akan people and others. This fascinating insight shed light on traditional techniques of smelting, “adobe” architecture, boat construction and others.

Khaleel brought the presentation to a close by highlighting that contributions from Sub-Saharan Africa need to be shared as they are underrated and overlooked. 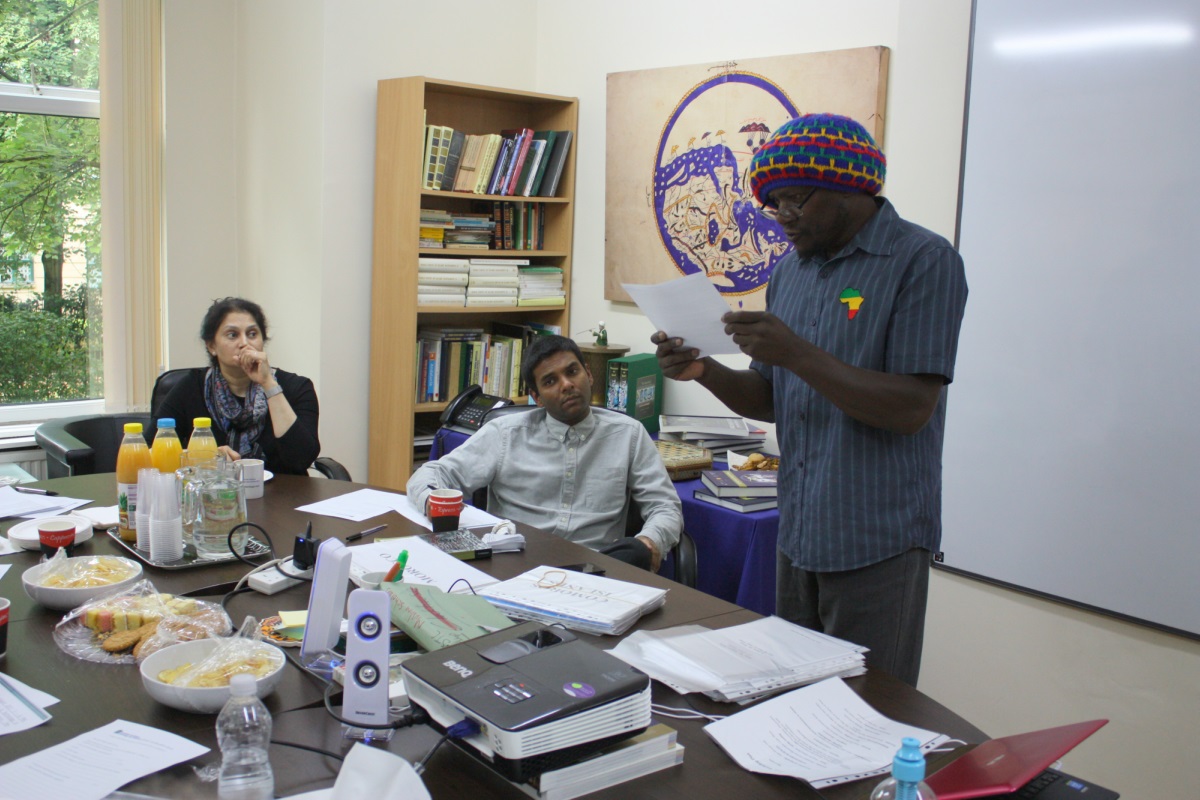 The subsequent presentation was delivered by Natty Mark Samuels and focused on various scholars from Sub-Saharan African Civilisations. Natty took the audience on a journey which included visiting trade routes, polymaths such as Ahmed Baba, Mohammed Bagayogo, Al-Jahiz, Nana Asma’u and Ibrahim al-Kanemi and the Hassaniya dialect (Arabic dialects based in Sub-Saharan Africa).

To conclude, Natty briefly introduced Hausa states via a word search, exploring medicinal manuscripts through a matching exercise and Al-Jabarti’s list of expertise by deciphering an anagram worksheet. He ended the session with examples of different Mosques throughout Sub-Saharan Africa. Natty’s presentation was highly interactive and engaging.

For further information on this subject, please visit the following links: