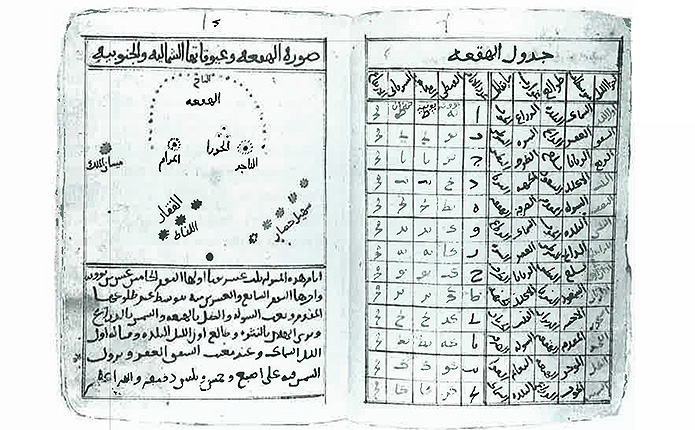 Figure 1. An illustration of the stars of one of the lunar mansions (al-haq`a) in an Egyptian treatise on folk astronomy. The table on the right identifies the mansions culminating, rising and setting, and the mansions opposite them (at 180°) at different times of the night when the sun is in that mansion; it also gives the date in the Coptic, Western and Syrian calendars and the midday solar altitude when the sun is in each of the 13 degrees of the mansion (360 ÷ 28 Ft 13). The associated text repeats some of this information and adds the midday shadow length. (Chester Beatty Library, Dublin, MS 4538)

Note of the Editor: We are grateful to Professor David King for permitting republishing on the Muslim Heritage website. Some images added as indicated in their captions.

From the ninth century to the fifteenth, Muslim scholars excelled in every branch of scientific knowledge. In particular their contributions to astronomy and mathematics are impressive. There are an estimated 10,000 Islamic astronomical manuscripts and close to 1,000 Islamic astronomical instruments preserved in libraries and museums in the Near East, Europe and North America, but it is clear that even if all of them were properly catalogued and indexed – and we are still very far from this state of affairs- the picture that we could reconstruct of Islamic astronomy, especially for the eight, ninth and tenth centuries, would be quite deficient.

Most of the available manuscripts and instruments date from the later period of Islamic astronomy, that is, from the fifteenth to the nineteenth century, and although some of these are based or modelled on earlier works, many of the early works are extant in unique copies and others have been lost almost without trace, that is, we sometimes know only of their titles.

Please click here to read the full article in PDF >>> 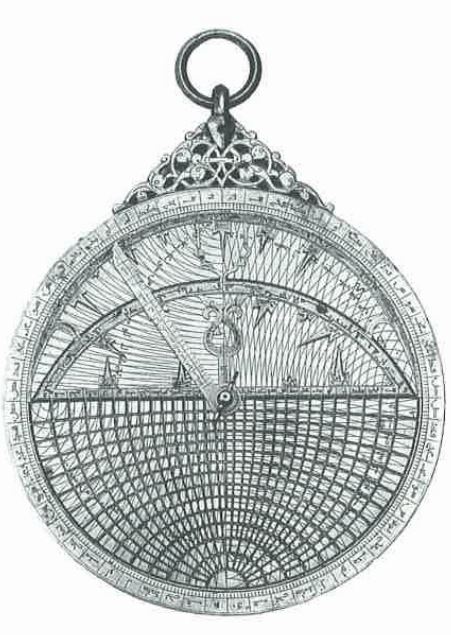 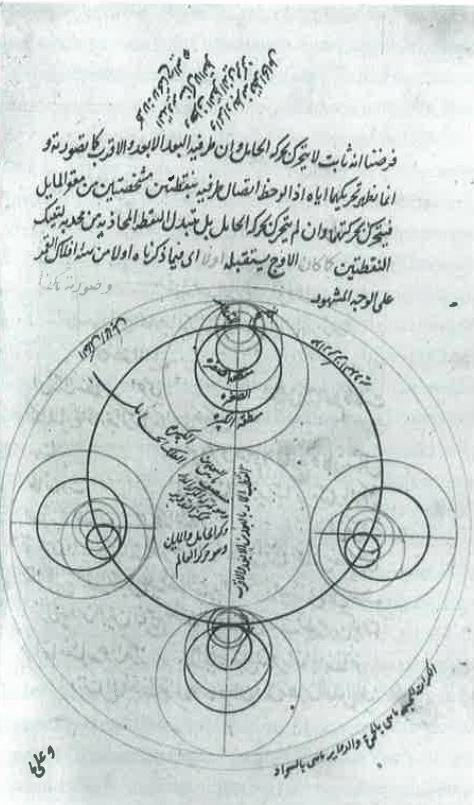 Figure 2.  A non-Ptolemaic planetary model for the moon, found in a copy of the treatise on planetary astronomy (al-Till* altiiillriyya) written by Qutb al-Din al-Shirazi in Sivas (Anatolia) in AD 1285. Only since the 1950s have these models been investigated by modern scholars; the discovery that a series of Muslim astronomers concerned themselves with such models from the eleventh to the sixteenth centuries and developed models without the problems inherent in the Ptolemaic ones has promoted considerable interest in medieval Islamic planetary theory. (Egyptian National Library, Cairo, MS K3758)
Figure 3.  The front of the universal astrolabe of Ibn al-Sarraj, dated AD 1329. This remarkable instrument not only represents the culmination of Islamic astrolabe-making, but has no equal in sophistication amongst instruments from the European Renaissance. Whereas the standard astrolabe requires a different plate for each latitude, that of Ibn al-Sarraj has plates that serve all latitudes; indeed, the various components can be used in five different ways to solve all the problems of spherical astronomy for any latitude. IC no. 140 (Benaki Museum, Athens)

More from Prof David A. King

[This feature was prepared by Prof. David A. King of Frankfurt. His research since about 1970 has focussed on what he calls “astronomy in the service of Islam“, a topic mainly neglected by other historians more interested in planetary astronomy or theoretical astronomy or transmission or…

Foucault’s Pendulum, Leonardo da Vinci National Museum of Science and Technology, Milan, Italy Photo by Ben Ostrowsky *** [Note of the Editing Manager] This article was originally published as: David A. King, “Ibn Yūnus and the Pendulum: A History of Errors” in “Archives… 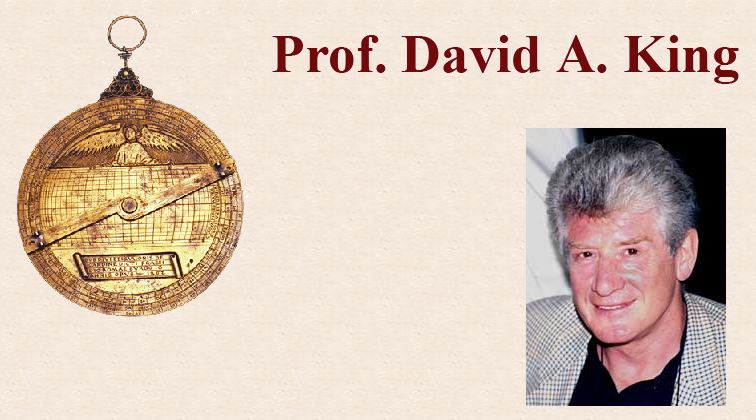