This year has been chosen as "International Year of Light (IYL2015)" by UNESCO, what a perfect time to remember these words: “If the first light of the new year doesn’t shine upon my mentor, then that light has no value for me” said the Turkish astronomer and Sufi philosopher, İbrahim Hakkı Erzurumi. He built a three-part mechanism that created an astronomical trick as a play of light. The "Light Refraction Mechanism" is a tribute to his teacher and mentor Ismail Fakirullah back in 18th Century. "On 23 September, on the equinox, the first beams of light captured from the sun rising behind the hill penetrate the window on the wall and reach the prism on the top of the tower as a block, which the prism then refracts and shines of the grave of Ibrahim Hakkı’s mentor. Hakkı’s light show of respect also repeats itself on the second equinox of the year, on 21 March, in Tillo (Aydınlar), a district of Siirt Province of Turkey."*

The main portal of the tomb opens up to the entrance section which has a square plan covered by a dome, and this entrance section leads to the main section which also has a square plan. The interior sections of the tomb are plain in terms of ornamentation and include several other tombs other than Ismail Fakirullah. The tower, approx. 10 m. in height, next to the tomb has an octagonal plan.

Kalet‟ül Üstad (a wall built of rubble, undressed stones of different size without any binding material), located on a hill overlooking the Botan Valley 3-4 km east of Tillo, is also important when considered in association with the tomb, tower and its light refraction mechanism. From its window opening of 0.40×0.50 cm wide, every year on 21st March (Novruz – or Nevruz, Nevroz, Nowrouz – inscribed in 2009 on the Representative List of the Intangible Cultural Heritage of Humanity) and 23rd September, the first light of the rising sun is reflected to the reflector precisely embedded in the tower of the tomb, and from a mechanism in the tower highlights the „sanduka‟ (eng.- „cenotaph‟) of Ismail Fakirullah. Ismail Fakirullah Tomb and the other two structures (The Tower and The Wall) associated with the Light Refraction Mechanism are located within the district of Aydınlar (Tillo), Siirt, Turkey (Source)

…[Even] “it has partially lost its authenticity due to misguided restoration works carried out in 1963… Ismail Fakirullah Tomb and its light refraction mechanism is outstanding not only because it was exceptional in its own time, but that it has survived with all its essential parts which has been functional since 1742 and is still in use for its original purpose today…” About Ismail Fakirullah and Ibrahim hakkı

İbrahim Hakkı Erzurumi was born 18 May 1703 and died in 22 June 1780. He was a Turkish Sufi philosopher and encyclopedist.He published his work Marifetname (Book of Gnosis) in 1756. It was a compilation and commentary on astronomy, mathematics, anatomy, psychology, philosophy, and Islamic mysticism. It is known for containing the first treatment of post-Copernican astronomy by a Muslim scholar.

“Ibrahim Hakkı calculated the longitudes and latitudes by taking Tillo as ground zero. He built a globe with slightly flattened poles, showing that the Earth’s shape is not round but geoidic. He located constellations with his self-built celestial sphere model. Ibrahim Hakkı also conducted research into subjects such as the structure of the atom, gravity, as well as the Earth’s atmosphere and hydrosphere. Scientific tools like ‘astrolabe’ (an antiquated compass), sextants, ‘rubu wood’ (a quadrant-shaped tool to measure distance, height and angles of the stars from Earth) that İbrahim Hakkı used in his astronomical research are exhibited in the Tillo Museum.”*

“Towards the end of the 17th and the beginning of the 18th Century, İsmail Fakirrullah established a university in Tillo which conducted important research into both theology and positive sciences. The reason why I call this establishment a university rather than a madrasa (Muslim thelogical school) is the fact that, beyond theology, this school had a multi-disciplinary curriculum of astronomy, chemistry, cosmography, medicine and mathematics. Ibrahim Hakkı, who studied astronomy with his mentor Ismail Fakirrullah, created important works in this field which he assembled in four volume book called “Marifetname”. The sultan of the period, Mahmut I invited him to the palace, where he was given the opportunity to study the books in the palace library.”*

1. skylife.com: “Tillo: The Wisdom That Catches The Sun” The International Year of Light and Light-Based Technologies (IYL 2015) is a global initiative adopted by the United Nations (A/RES/68/221) to raise awareness of how optical technologies promote sustainable development and provide solutions to worldwide challenges in energy, education, agriculture, communications and health.

With UNESCO as lead agency, IYL 2015 programs will promote improved public and political understanding of the central role of light in the modern world while also celebrating noteworthy anniversaries in 2015—from the first studies of optics 1,000 years ago to discoveries in optical communications that power the Internet today. The IYL Global Secretariat is located at the Abdus Salam International Centre of Theoretical Physics (ICTP). 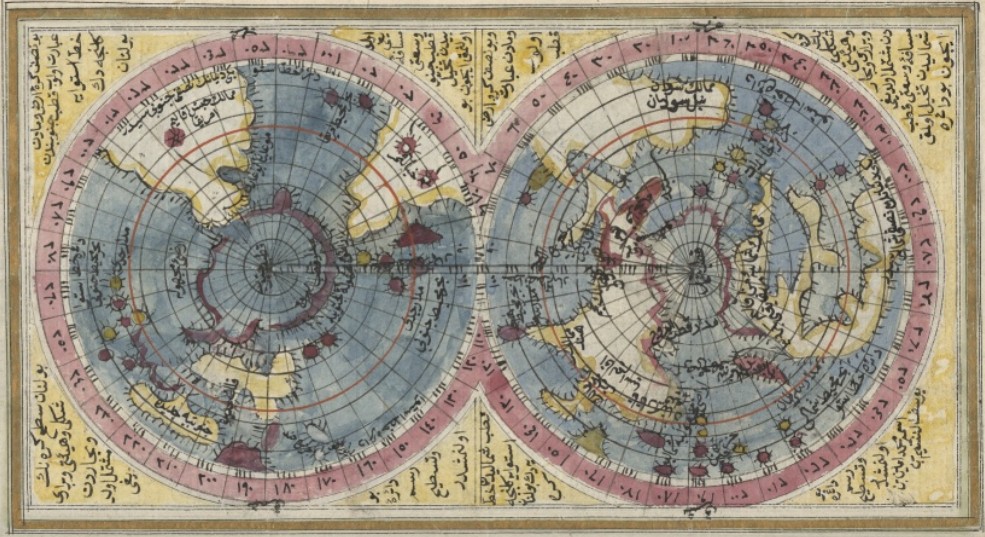