The Wall Street Journal, one of the world's most respected newspapers, has suggested recently that the ongoing economic crisis could be resolved in part by the charitable institution of waqf created by the Muslim civilisation and used effectively by the Ottomans. In its broader sense, a waqf in Islamic history is an endowment consisting in donating a building, a sum of money or plot of land for charitable purposes. The donated assets are held by a charitable trust. The institution of waqf played a great role in nurturing solidarity and charity in Muslim countries and continues to represent one of the most original and active aspects of the social and economic structures of the modern Islamic world.

The Wall Street Journal, one of the world’s most respected newspapers, has suggested that the economic crisis that led to big protests in USA could be resolved in part by the charitable institution of waqf (plural awqaf) created by the Muslim civilisation and used effectively by the Ottomans.

The civil protest movement organised under the name of “Occupy Wall Street” that protests against the unequal incomes in New York, the economic crisis, banks and unemployment has now completed its first month. The protests have now extended beyond the US borders and became a global phenomenon. Interesting comments on the “Occupy Wall Street” protest were written by Charles Landow and Courtney Lobel in Wall Street Journal (WJS): How Billionaires Can Build Bridges to the Middle Class (October 17, 2011). We read in the article in that “Co-founder of the major private equity firm Carlyle, is asking the public how to use $1 billion of his $2.7 billion fortune to create jobs.” As an answer to Mr. Conway and other billionaires, the WSJ replied “Build a bridge!”.

According to the article “One of the most urgent economic problems facing the U.S. is the deplorable state of the country’s roads, bridges, railways and other essential networks. In its latest report card in 2009, the American Society of Civil Engineers gave U.S. infrastructure a D. A recent report from the Organization for International Investment concluded that this poor infrastructure “is eroding the country’s ability to attract and retain dynamic global companies that create high-productivity, high-wage jobs.”

Therefore WSJ asked: “Why shouldn’t these citizens have the opportunity to invest directly in infrastructure projects of their choice, along with incentives to do so?”

WSJ explains: “The 400 wealthiest Americans have a total net worth of $1.53 trillion. The top 50 alone hold more than $700 billion in personal wealth.” Thus “Their donations could be combined with public funds, and they would receive tax benefits and naming opportunities.”

This donation investments by rich people solution comes from a historical example, according to the WJS: “There is a precedent: Ottoman-era Turkey lacked a budget for the provision of basic services. To fill the void, more than 35,000 private foundations, known as vakif in Turkish, funded public-works projects and municipal services, from water systems and schools to hospitals, bridges and roads. Many modern Turkish foundations have continued to supply traditional infrastructure—the Sabanci Foundation, for example, has built more than 120 schools, hospitals, libraries, orphanages and other facilities. These assets are then transferred to state ministries, which run them.”

As a poetic irony to this, Ottomans once said: “If you would like to get to know us after our era, please refer to our vakifs(waqfs); as these are our best works that present us.” (Ferit Devellioglu, Ottoman-Turkish Encyclopaedic Dictionary with Old and New Letters, Ankara, 1993)

What are these Waqfs then?

Before going into details, one should ask why this is relevant to Muslim Heritage, an academic portal, which is a non-religious and most importantly “non-political” web site.

The answer is in the topic itself. First of all, Muslim Heritage studies historical achievements by chronicling the contributions to science, technology, medicine and culture made between 700 and 1700 to prove that “the Dark Ages” were not really that dark at all. Thus it would not be so strange to say that the Waqf tradition is relevant to Muslim Heritage topics. For example, we published the following article: Ottoman Cash Waqfs Revisited: The Case of Bursa (1555- 1823) by Professor Murat Cizakca.

In its general meaning, Waqf means “charitable foundation”. The term comes from an Arabic root, with the sense of ‘to stop’, ‘to hold back’, ‘to stand still and to tie’. It means also one person religiously and socially devoting all or some parts of his assets to the public in order to meet some of their needs for the sake of The God. 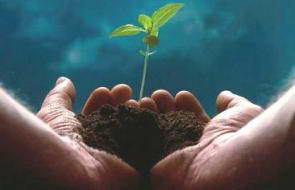 Figure 3: The word Waqf is used in the Islamic Law in the meaning of holding a property and preserving it so that its fruits, revenues or usufruct are used exclusively for the benefit of an objective of righteousness while prohibiting any use or disposition of it outside its specific objective (Source).

There is no constraint behind this behaviour. Rather, the charity endowment entailed by the Waqf concept aims at managing a religious and conscious responsibility among individuals and in society at large. In its historical implementation in Islamic history, the waqf foundation as a solidarity institution stresses the dimension of getting away from self-centred thoughts and caring about others rather than self preservation and self development.

For a detailed study, see Ahmad Dallal, “The Islamic institution of Waqf: An Historical Overview,” in Islam and Social Policy, edited by Stephen P. Heyneman (Nashville: Vanderbilt University Press, 2004), where the author examines the organization of charity in Islam. Dallal describes the Islamic system of awqaf by introducing the conditions for becoming a legitimate founder of awqaf, the role of an administrator, and the legitimate (and illegitimate) uses for waqf revenues–e.g., municipal public works, education, food for the poor, etc.

Even though the rise of the first charity foundations in the Islamic society date back to the early times of Islam, the Waqfs were a decisive economic and social instrument that marked the Ottoman era(1299 to 1923).

The Ottomans applied the charity endowments in the education domain. It started with the madrasa (schools or universities), such as the madrasa of Kara-Khanid Khanate (Karahans 932-1212) established by the grand Turkic Seljuq Ebû Ishak Ibrahim b. Nasr Tabgaç Bugra (? – 966), Khan of Karahan.

Since the establishment of the early Turkish Islamic schools, Turkish sultans established foundations as requirements of their new beliefs and old traditions. The idea of the charitable foundation reached the Ottomans through a series of the Anatolian Seljuqs (Selçuklular) and other Turkic Islamic governments. During this process that also included the Ottomans, the Muslim Turks enclosed the geographical region from Turkestan to Western Europe in a circle of solidarity by establishing foundations to meet the needs of people.

People have always desired to live happily and peacefully. Therefore the idea and the foundation of charities are a method of translating these ideas into practice…

In that case “is Waqfs a solution?” Some might say “it is absurd”, some might say “why not” like WSJ newspaper. Turks took pride in this and it was the one of the most popular headlines of that week in Turkey. There were also opinions against it such as the headline of one of the major Turkish Newspapers Milli Gazete, saying “Trying to patch up the Capitalism with Ottoman system” by researcher Abdülkadir Özkan.

The Foundation for Science, Technology and Civilisation (FSTC), the builder of Muslim Heritage and 1001 Inventions believes that studying and remembering the past can help to build a better future but leaves its applications or the arguments, in this case, to the economists and politicians. Still it is nice to see this kind of news, related to the topics of interest to FSTC, once in a while. 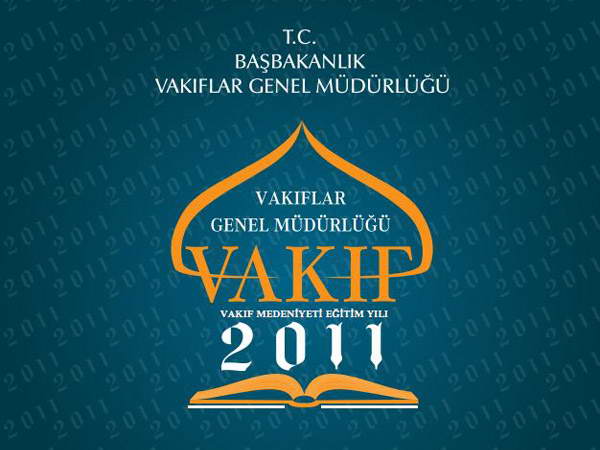