Throughout history one of the greatest disasters humankind has seen are epidemics. In their most critical times, they have killed millions, causing people to migrate, paralyzing work forces, agriculture and stockbreeding decline, creating numerous negative effects on the economy.

Note of the Editor: In the light of the current pandemic, this short article has been extracted from the “Turkish Medical History of the Seljuk Era” article in remembrance of the late Professor Dr Ali Haydar Bayat (1941-2006), Ege University in Izmir, Turkey. He was a member of the Medical Faculty, Medical Ethics and History Department, Ege University in Izmir, Turkey. He published extensively on the history of medicine, especially in the Ottoman period.

The worst epidemics of the Middle Ages were the plague, black death/peste noir, peste, pestis in the West, ta’un in the Islamic world and kiran, olet among the Turks.

Because Anatolia is a bridge between the East and West, it has seen many epidemics throughout its history. The first great epidemic was seen in the Mediterranean countries during the 6th century, called the Justinian Plague. It lasted three years and destroyed a great number of the population it hit. There are no records of the deaths and destruction in Anatolia but just in Istanbul about 16,000 died per day, which gives an idea of its destruction.

There were many epidemics in various places where the Seljuks ruled that came from Anatolia and foreign countries. Mostly epidemics started after military campaigns, sieges and famines. The main epidemics were: the plague that started in Istanbul; during the time of Suleyman Shah I (1078), killing 160,000 in four months; during the time of Kilicarslan I (1093), during the siege of Antakya, during the First Crusade (1098) when just from the French military 100,000 died; during the time of the Danismand ruler Melik Muhammed (1143), an epidemic in Malatya first killed poultry, then humans, mostly small children; during the military campaign to Cukurova of Mesud I (1153), a part of the Seljuk and Konya military; during the rule of Kilicarslan II (1178) a plague due to a famine in Syria, Iraq, Diyarbakir and Ahlat, the people were not able to bury their dead in time as the rate of death was too high; during the Third Crusade (1189), the French army had many casualties due to an epidemic stemming from the heat and famine; during the rule of Ala Al-Din Keykubad (1221), an epidemic in Konya, in 1244 in Malatya, in 1259 in Syria and in Anatolia due to a famine; and the Mongolian invasion that took place at the same time brought an epidemic in Mardin and Meyyafarikin (Silvan) that caused immense damage. The reasons for the epidemics were not known, and they were explained by supernatural causes, as the people tried to stop the epidemic material and spiritual ways. In the Christian world, sacrifices, magic, religious ceremonies were performed and miracles were expected from saints. In the Islamic world they obeyed the saying of Prophet Muhammed: “Do not enter a place of plague, and do not leave it,” creating a quarantine, but as they did not know the cause of the epidemics other from trying various medicines, they also tried superstitious beliefs.* 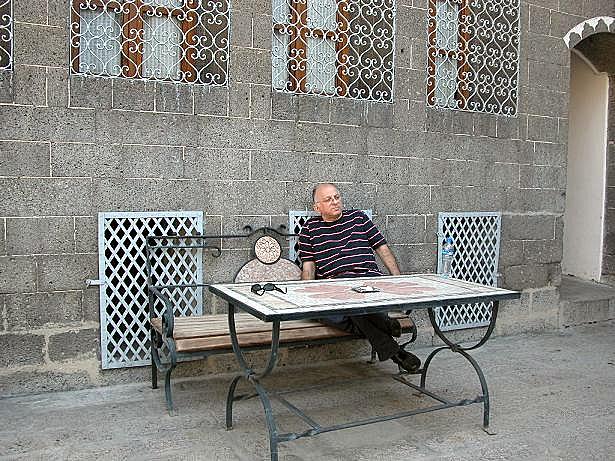