By way of faith, Muslims have a strong regard for the care of animals. This is due to the attention that the Prophet Muhammad encouraged the wellbeing and good-treatment of other creatures of God. Muslims believe that an ill-treated animal will testify against its abuser before God. This article provides a deeper insight into the Islamic attitude towards animals. 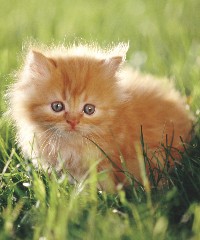 The early Islamic society cared a great deal not only for the natural environment, but also due to the teachings of the Prophet Muhammad, the Muslims also extended their care and protection to the animal world. Human beings according to the teachings of Islam are God’s vice-regents on earth, and for this reason they must also demonstrate guardianship to all of God’s creatures. The Prophet Muhammad gave many examples to demonstrate the importance and gravity of this custodianship. Among these examples is that he stated that a person would go to hell for starving a cat to death, whilst a person would be forgiven all sins for quenching the thirst of dog as it waited by a well.

There are many such examples from the teachings of Islam, for instance, when a Muslim plants or sows something, that an animal or bird feeds itself from, it is noted as a charitble act in the eyes of God; anyone who treats well his horse will be protected against poverty; the Prophet Muhammad forbade Muslims from tying an animal and using it as a target, cutting an animal’s feet muscles or letting a tied animal die; the Prophet cursed whomsoever mutilated an animal, or struck animals on their faces. Al-Bukhari contains an account of the Prophet himself wiping with his own cloth the face of his horse, and stating that is a good deed for anyone to give even a grain of barley to a horse. It is also forbidden to separate a beast from its progeny or to burn a nest of ants without an adequate reason.

Perron reports from Addamiri that the famed scholar, Chibli, was forgiven his sins not for his efforts in scholarship, rather due to him having shown kindness by warming up a cat that was suffering from the cold in a Baghdad street.

Caliph Omar, one of the most distinguished of the Prophet’s companions, demonstrated exceptional compassion towards animals. In fact, he would deal strongly with those who overloaded their ‘beasts of burden’. He wouldgo to the extent of concealing himself from view so as to check whether people were treating their animals well. On one occasion he passed his hand over the wound of a camel intending to help heal the beast, saying, “I fear God may seek retributions from me for the pain you suffer”.

Many observers from the non-Muslim world appeared astonished at the excessive care and provision that the Muslims would provide for animals that may otherwise be seen as a menace. For example, Volney mentions the substantial number of hideous dogs wandering in the streets Cairo and the kites hovering over houses uttering mournful noises. He pointed out that Muslims neither kill, though both dogs and kites are considered to have impurities. On the contrary, devout Muslims went to the extent of establishing bread and water foundations for dogs.

Thevenot also observed that the charity of Turkish people extended to animals and birds. On market days, for example, many people would buy birds with the sole intention of releasing them to be free. Thevenot further noted that people would also leave enormous wealth to feed cats and dogs; some would give money to bakers or butchers for this charitable purpose. In turn, those who are charged with this responsibility are more than pleased to carry through the task, and even in the town square.

It was in this spirit that the Muhtasib, or Chief of Police, would not only take responsibility for preventing breaches of the civil and religious law but also for preventing and penalise people for not supplying their animals with sufficient provender or for having overworked an animal.

Benevolence is commended by the Prophet as the first of all virtues; a benevolence which is indeed extended to all animals. In the hadith (a collection of traditions containing sayings of the prophet Muhammad) collection of Nasa’i, it is said that it is forbidden to kill birds without reason, most particularly if doing so is merely a leisurely pursuit. The victim, i.e. the bird, will cry to God “this person killed me, and did it for no useful purpose”.

‘To all the brute creation’, writes Miss Pardoe (in City of the Sultan) ‘the Turks are not only merciful, but ministering friends; and to so great an extent do they carry this kindness towards the inferior animals that they will not kill an un-weaned lamb, in order to spare unnecessary suffering to the mother; and an English sportsman, who had been unsuccessful in the chase, having on one occasion, in firing off his piece previously to disembarking from his caique, brought down a gull that was sailing above his head, was reproached by his rowers with as much horror and emphasis as though he had been guilty of homicide’.

Islamic law commands that a Muslim should avoid every form of cruelty towards animals, especially within the task of ritual slaughter. For instance, it is stressed that never should a knife be sharpened in front of the beast to be slaughtered, and that no beast should ever be killed in front of others. Any person observing these rules will find reward in paradise.

In medieval times, states Le Bon, the land of Islam was a paradise for animals. Dogs, cats, birds, and all others of the animal world were universally cared for. Birds flew freely inside mosques, and even built their nests in the vicinity of the Mosque. Wild birds crossed the fields without ever being disturbed, and never would a child attack a bird’s nest. In Cairo he describes a widely observed fact that there exists a Mosque where cats, at a certain hour of the day, came to fetch their food that a charitable hand had provided for these animals countless times over. Le Bon claimed further that it is from these small details that we can judge the morality of a nation and its people; it shows the kindness and urbanity the Westerner will learn from the oriental.

In conclusion one cites a beautifully touching incident in the life of the grammarian Abu’l Hassan Tahir B. Ahmad B. Babashadh, recorded by Ibn Khalikan, which demonstrates an animal’s ability to provide a moral example to a Muslim, and the Muslims ability to accept this:

‘Being one day on the roof of the Mosque at old Cairo with some other persons, eating a collation, a cat went over to them and they gave it a bit of meat. The animal took it into its mouth and went off, but soon returned again, on which they threw another morsel to it. This is carried off also, and it kept going and coming a great number of times, at each of which it received from them another bit. Struck with this singularity, and knowing that no single cat could eat all that they had given, they suspected something extraordinary, and followed the animal. Then they saw it clamber over a wall on the roof and go down into an empty place like an abandoned room. There, they found another cat, but blind, eating of the food which had been brought to it and set before it by its companion. They were so much struck with this, and Ibn Babashadh said: “Since God has caused this speechless animal to be served and fed by another cat, and not withheld from its nourishment, how could He let a human being such as I perish of hunger?” He immediately broke off all the ties which bound him to the world; he gave up his place, renounced his salary and shut himself up in a chamber, where he pursued his studies in the full confidence that God would provide for him. His friends then took care of him and supported him till he died.’