The World Intellectual Property Organization (WIPO) published in September 2010 on its website an interesting article (read online here) about the international touring exhibition "1001 Inventions: Discover the Muslim Heritage in our World" which opened in August in Istanbul. The exhibition is described as "a colorful, fascinating and insightful exhibition… This unique overview of the dynamism of Muslim civilization, its ingenuity and diverse scientific and technological achievements, is set to visit 30 major cities across five continents in the next four years". We reproduce this article for the benefit of our readers. 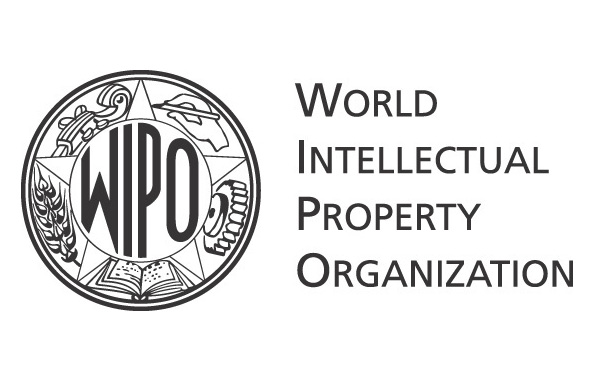 A colorful, fascinating and insightful exhibition – “1001 Inventions: Discover the Muslim Heritage in our World” [1] – which ran in London’s Science Museum from January to June 2010, has recently opened in Istanbul, Turkey. This unique overview of the dynamism of Muslim civilization, its ingenuity and diverse scientific and technological achievements, is set to visit 30 major cities across five continents in the next four years.

The exhibition traces the “forgotten story of a thousand years of science in the Muslim world from the 7th century onwards.” It reveals some of the extraordinary social, scientific and technical achievements credited to the Muslim world and shows how many modern inventions in fields as wide-ranging as engineering, medicine and design can trace their roots back to Muslim civilization.

Shedding new light on a relatively little known period of history, the exhibition demonstrates how “medieval Muslims were trailblazers in fields as diverse as medicine and mechanics, cartography and chemistry, education and engineering, architecture and astronomy.”

The exhibition features over 60 interactive exhibits and displays that showcase impressive feats of engineering. Electronic games and multimedia platforms bring to life a “Golden Age of Discovery” that had a vast but hidden and, until recently, unrecognized influence on the modern world.

Seven zones, each representing a different sphere of scientific and cultural achievement, are featured, including:

One of the key aims of the exhibition is to highlight how the people of many different faiths and backgrounds working within Muslim civilization, which stretched from southern Spain to China, made exceptional advances and greatly improved the world’s understanding of science, technology and engineering. It underscores how ideas from many different cultures and societies have contributed to and influenced contemporary science and technology and the way we live today.

The exhibition, and its extensively illustrated 370-page book entitled 1001 Inventions: Muslim Heritage in our World, highlight the diverse ways in which Muslim scholars have influenced our lives – from the discovery of coffee, to the invention of perfume, not to mention carpets and shampoo. Professor Al-Hassani, Chief Editor of the book , noted, “if you ask the average person where their spectacles or camera or fountain pen come from, few people will say Muslims. This book takes you on a journey through a thousand years of Muslim contributions in medicine, mechanics, cartography, chemistry, education, engineering, architecture and astronomy.”

Displays reveal the mechanical genius of inventors such as Al-Jazari (1136–1206), the most outstanding mechanical engineer of his time. Al-Jazari is credited as a pioneer of some 50 mechanical devices, including water clocks, the use of a crankshaft in machines, a double-action pump that could raise water to a height of 12 meters and lamination of timber to reduce warping. These and many other inventions are described in scrupulous detail in his Book of Knowledge of Ingenious Mechanical Devices, which enabled future craftsmen to reproduce them.

A reconstruction of Al-Jazari’s fabled elephant clock [2] – a weight-powered water clock [3] in the form of an elephant – is featured. Not only is this extraordinary timepiece remarkable for its mechanical innovations, it is also seen as an early example of technological multiculturalism – the elephant representing the cultures of India and Africa, the dragon that of China, the phoenix that of ancient Egypt, the water technology that of ancient Greece, and the turban that of Islamic culture.

Other featured inventors include Al-Zahrawi, the pioneering 10th-century surgeon, scholar and physician who developed many of the medical instruments still in use today, including forceps, scalpels and catgut sutures to stitch internal incisions. Al-Zahrawi’s illustrated 1,500-page encyclopedia of medicine and surgery greatly influenced progress in these fields in Europe, following its translation into Latin in the late 12th century and, subsequently, into other European languages. The book contains the earliest pictures of surgical instruments in history. They are strikingly similar to many of those used in hospitals today.

Visitors also learn that the 13th-century Syrian doctor, Ibn al-Nafis, was the first to explicitly identify the pulmonary-blood circulatory system; that vaccinations were widely used at that time; and that the 900-page Book of Water is thought to be the first alphabetical classification of medical terms.

In the field of education, the exhibition showcases the first university, Al Qarawiyin, set up in 841 by Fatima Al-Fihri who used her inheritance to finance it. The university still exists today. The exhibition also points to the many mathematical breakthroughs, from algebra to Arabic numerals and number theory, for which Muslim scholars were responsible. These in turn influenced architectural design and town planning as well as the decorative arts around the world. The feats of pioneering adventurers, such as Abbas Ibn Firnas who dared to dream of flying are revealed, as are the achievements of Al-Astrulabi whose astrolabes were the GPS of the day.

The exhibition also features an award-winning short film entitled, 1001 Inventions and the Library of Secrets starring Oscar-winning actor Sir Ben Kingsley. In the movie, a group of schoolchildren visit an old library after their teacher challenges them to research the era known as the “Dark Ages” and to find its relevance for contemporary life. At first reluctant, the imagination of the students is soon captured when they meet a rather enigmatic librarian (Kingsley) who takes them back in time to reveal a thousand years of scientific and cultural eminence in the Muslim world from the 7th century onwards.

The 13-minute film – produced by the Foundation for Science, Technology and Civilisation (FSTC – see box) and the Edge Picture Company, and sponsored by the Jameel Foundation – has won multiple prestigious industry awards in Los Angeles, New York, Hamburg and London.

The FSTC, an educational body with an extensive network of experts and researchers from wide-ranging fields, was formed in 1999 to raise global awareness about the importance of Muslim heritage and its contributions to contemporary life. It also seeks to promote better understanding between Muslims and non-Muslims through education, and to fill the void of knowledge about the history of Islamic science and civilization. See www.MuslimHeritage.com.

This engaging exhibition opens a door onto a little-known golden age of innovation and creativity, an age in which some of the most important discoveries and inventions known to humanity took place. As Professor Salim Al-Hassani noted, “it is a journey from the past, but it is for building and designing a better future”.

[1] The “1001 Inventions” exhibition is an initiative of the British-based FSTC (see box), in association with the Jameel Foundation.

[3] A water clock is a timepiece in which time is measured by the regulated flow of liquid, typically water, into or out of a vessel where the amount is then measured.