Transfer of Islamic Technology to the West

The article covers the avenues which led to the transfer of the Islamic knowledge, from Al Andalus, Sicily and Byzantium to the Wars (crusades on the Islamic World), as well as commercial relations and also the translation of Arabic works. 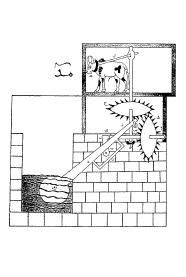 This short article is taken from the full article (Professor Ahmad Y. al-Hassan) which is available here as 30 page PDF file

From ancient history till the sixteenth century, the Near East led the world in technological innovation and advance. This is not to minimise the importance of Chinese civilisation and its great contributions to the world, but what we want to point out is that the overall contribution of the Near East to human progress in general until the sixteenth century, surpasses anything that was achieved anywhere else in the world. This was as true during the ancient civilisations of Egypt and Mesopotamia, as it was during the Hellenistic and the Roman periods. What is called the Greco-Roman heritage was built on the great civilisations of the Near East. Furthermore, the major achievements in science and technology that are called Hellenistic and Roman were mainly Near Eastern achievements due to the scholars and artisans of Egypt, Syria, and Mesopotamia.

The pre-Islamic civilisations of the Near East and of all the lands extending from Central Asia and northern India to Spain were inherited by Islam; and under the influence of Islam and of the Arabic language, the science and technology of these regions were greatly developed and advanced.

During the rise of Islamic civilisation, Europe was still at an early stage in its technological status. Charles Singer, in the second volume of A History of Technology, observes that “the Near East was superior to the West. For nearly all branches of technology, the best products available to the West were those of the Near East. Technologically, the West had little to bring to the East. The technological movement was in the other direction”. 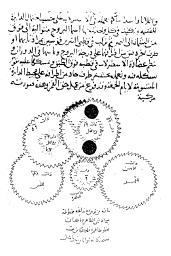 Despite these facts, the influence of the medieval Arab-Islamic civilisation in formulating the western tradition and in providing the foundation for its science and technology is hardly recognised in the mainstream of modern western literature, except for an occasional reference. There is a resistance by the mainstream of western historians in acknowledging this influence.

The accompanying PDF paper summarises the debt that the West owes to the Arabic-Islamic civilisation in the field of technology. The article covers the avenues which led to the transfer of the Islamic knowledge, from Al Andalus, Sicily and Byzantium to the Wars (Crusades) against the Islamic World), as well as commercial relations and also the translation of Arabic works. Examples of the use of the power from water and wind are given in the water raising machines. This technology is later on translated into fine machines, including cloaks, fountains, toys and automata and astronomical instruments. An example from Chemistry covers the introduction of Nitric and mineral acids, perfumes and soap. Perhaps one of the main milestones in the history of mankind is that of the development and use of paper, thanks to the Muslim technologists.

Figure (top). The crank-connecting rod system. This important mechanism in mechanical engineering was first described by al-Jazari in 1206. The crank is the most important single mechanical device after the wheel. The invention of the crank-connecting rod system is considered by historians of technology to be the most important mechanical device of the early 15th century in Europe. But al-Jazari used this system in the pump illustrated here more than two centuries before its appearance in Europe. Source: Al-Jazariys Arabic text edited by Ahmad Y. al-Hassan, 457.

Figure (bottom). The geared calendar of al Birunî. Geared calendars and various mechanisms of the water clock were the prelude to the appearance of the mechanical clock. Source: British Library, MS OR 5593. Reproduced in Early Gearing, Science Museum (London, 1985), 34, and in Donald Hill’s Studies in Medieval Islamic Technology (Ashgate-Variorum, 1998), XIV, 150.

Transfer of Islamic Technology to the West