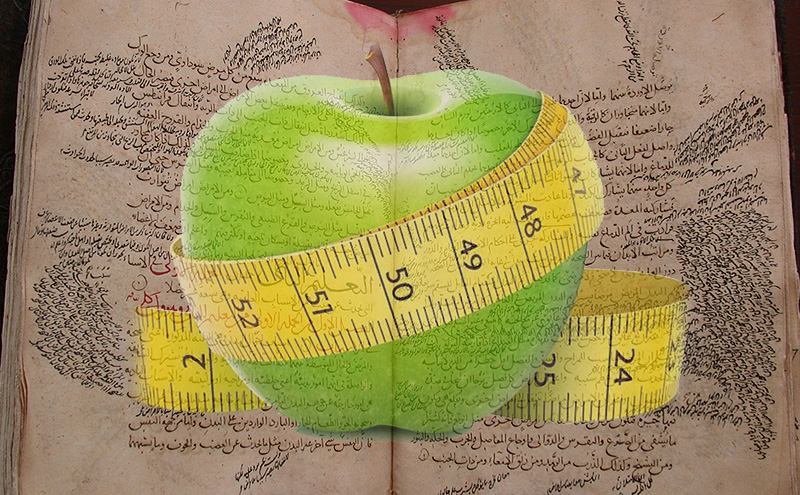 In Europe during those dark ages, the great era of Greco-Roman medicine came to an end and no progress in medical science was made until the Renaissance.[2] However, during the same period in the East, coinciding with the spread of Islam, the study of medicine and other branches of science were revived.[2]  Under this influence, Mohamed ibn Zakaria Al-Razi (Rhazes, 841–926) critically assessed, in his book Al-Hawi Fit-Tibb (An Encyclopaedia of Medicine), all the available knowledge on obesity at that time.[3] In the light of his own experience and practice, he discussed the opinions of scholars who preceded him, such as Hippocrates, Rufus of Ephesus, Galen, Oribasius, and Paul of Aegina, highlighting the points on which he had a different view, particularly in relation to the management of excessive obesity. Galen, for example, believed that prolonged thinking and mental activity would slim the obese, but Al-Razi stated:

Al-Razi documented his discussion using clinical case reports of the patients with excessive obesity he successfully treated, describing in detail the treatments he used, including diet, drugs, exercises, massage, hydrotherapy, and lifestyle changes.

Ibn Sina (Avicenna, 980–1037) devoted a section of the 3rd volume of his “Canon in Medicine” to the “drawbacks of excessive obesity”. Ibn Hubal Al-Baghdady (1121–1213) also reported on the predisposition of “hugely obese persons” to fall ill quickly.[4] In their management, by heavy exercises on an empty stomach, he stressed the importance of a gradually increasing schedule because an excessively obese person may put himself at risk if he starts abruptly on heavy activities.[4] 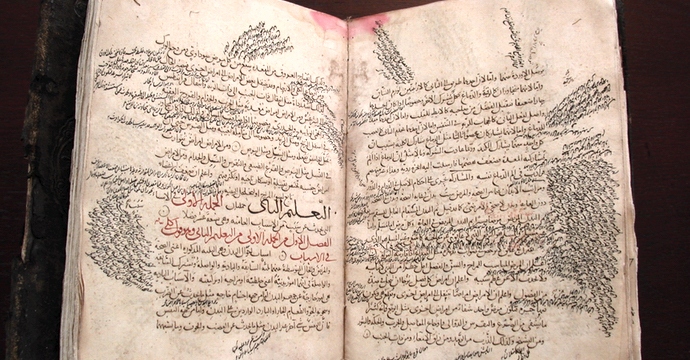 Inside image of the Canon of Medicine book (Image Source)

Ibn el Nefis (1207–1288) in his book Al Mujaz Fit-Tibb (The Concise Book of Medicine)[5] reported on the association between excessive obesity and cardiovascular and cerebrovascular accidents, and with respiratory and endocrine disorders:

Furthermore, Ibn el Nefis distinguished a special type of excessive obesity in those who are “obese by birth” (congenitally obese). He recognised that “they are usually cool-tempered, slender-vesselled, subfertile, could not endure hunger or thirst, and medicaments hardly reach their organs except with difficulty and after a long time.” [5]

Further references are available from the author.

I declare that I have no conflict of interest. 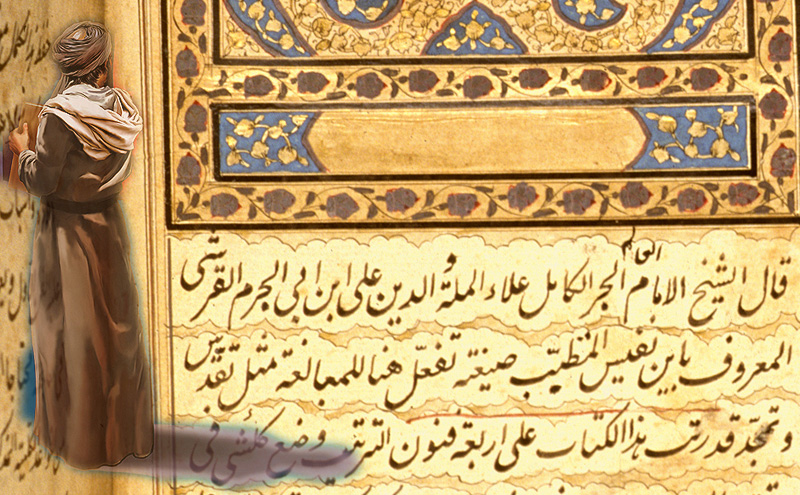 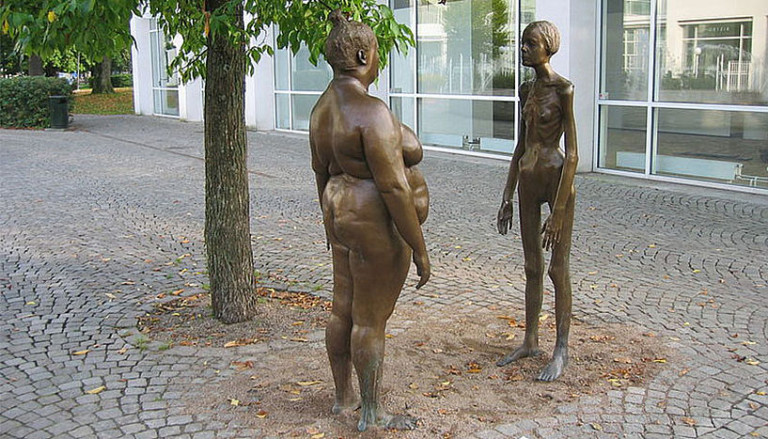 “Women in Bronze”, Art museum (Konsthallen), Växjö (Source)
Its display of one anorexic and one obese woman is a demonstration against modern society’s obsession with how we look.

Medicine and Health in Medieval Arabic Poetry: A Historical Review