Research Centre for Islamic History, Art and Culture (IRCICA), Istanbul, is deeply saddened at the demise of Prof. Dr. Fuat Sezgin, a prominent historian of science in the world and leading figure of scholarship in Islamic science and civilization. On behalf of IRCICA and myself, I would like express our sorrow at the loss of this distinguished scholar, with the only consolation that his long life was full of professional achievements acknowledged by world academic community as well as in his home country, Turkey, and Germany, where he led the main part of his career. 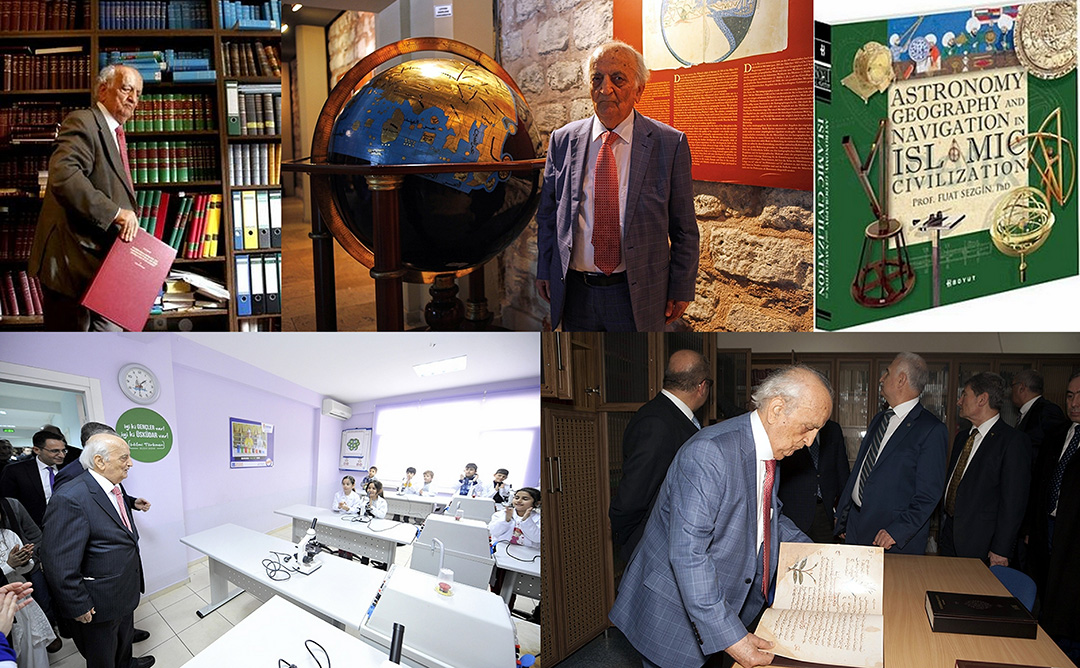 Fuat Sezgin was Professor Emeritus of the History of Natural Science at Goethe University in Frankfurt, where he had earned the degree of professor in 1965. In the last years of his life he continued his activities mostly in Istanbul.

Our center IRCICA, which is the cultural center of the 56-Member OIC (Organisation of Islamic Cooperation), is constantly involved in research on history of science in the Muslim world. In this context we have been closely aware of Prof. Sezgin’s work and its significance for the field. His research and publications have increased the world’s knowledge of the history of scientific activities that were carried out in the Islamic world starting from the early centuries of Islam and throughout the Golden Age of Islamic sciences, in all areas from astronomy and geography to mechanics and medicine. Thus Sezgin highlighted the role that the Muslim world played in the advancement of science and civilization across ages and continents. By the same, he contributed to a correct periodization of the history of science that duly takes into account all cultures having a share in this process. 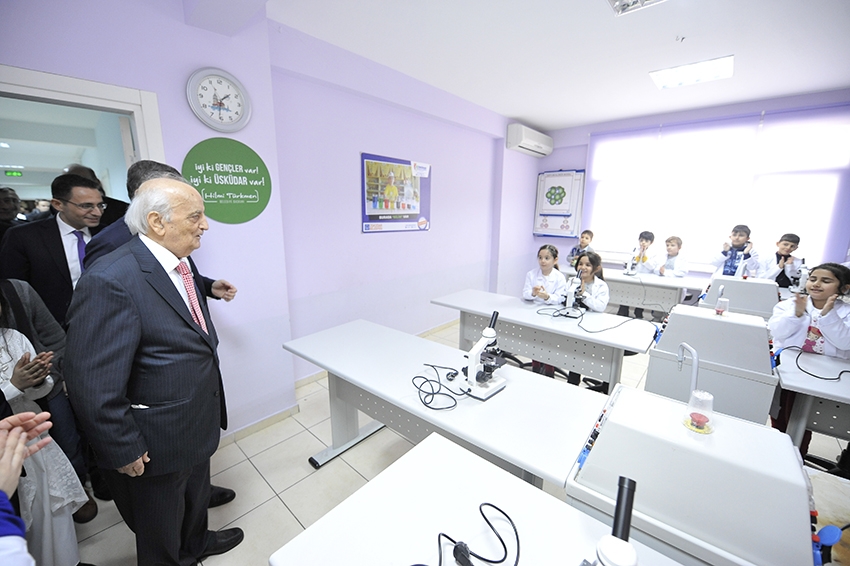 Prof. Sezgin’s most comprehensive publication is his thirteen-volume work entitled Geschichte des arabischen Schrifttums published through 1967-2000 which represents the outcomes of 65 years of research. Sezgin was at the same time a pioneer in establishing institutions that carried the scholarly knowledge to the world public at large. First he founded the Institute for the History of the Arab-Islamic Sciences, in 1982, under Goethe University in Frankfurt and developed into a most significant center for studies in the field. In 1983 he founded the Museum attached to the same Institute, where around 800 objects are displayed, containing, among others, replicas of instruments created and/or used by scientists for observations, experiments, measurements and calculations. 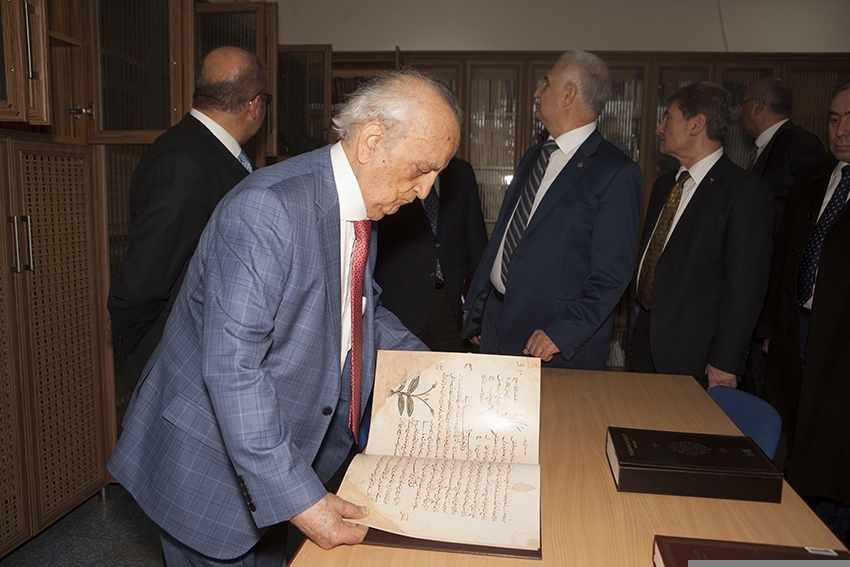 Remarkably, the artifacts include objects that were reconstructed by Sezgin on the basis of medieval texts of astronomy, geography, navigation, mechanical science, optics, chemistry and medicine. In 2003 he published the catalogue of these artifacts titled Wissenschaft und Technik im Islam which is translated into other languages. Of great importance is the Museum for the History of Science and Technology in Islam which was established under his direction in Istanbul in 2008. The Museum was inaugurated by H.E. Recep Tayyip Erdoğan, then Prime Minister of Turkey, on 25 May 2008. In 2010, he led the establishment of Prof. Dr. Fuat Sezgin Research Foundation for the History of Science in Islam to support the activities of this Museum.

In 2013, he provided for the establishment of the History of Science Department at Fatih Sultan Mehmet Vakıf University, Istanbul and the Prof. Dr. Fuat Sezgin Institute for the History of Science in Islam affiliated to the same university. Sezgin received outstanding awards, among them the King Faisal Prize for Islamic Sciences (1978) and the Turkish Presidency’s Grand Prize for Culture and Arts (2013).

IRCICA mourns the demise of this eminent scholar and extends sympathies to his family, friends and colleagues and whole academic community. May Allah bless his soul. 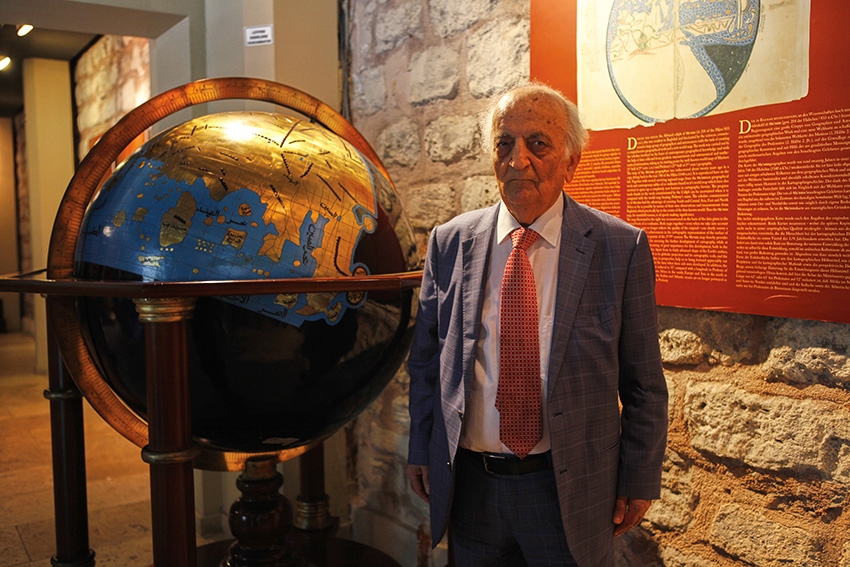