Professor Hamid M. K. Al-Naimy [Proceedings of the conference 1001 Inventions: Muslim Heritage in Our World organised by FSTC, London, 25-26 May 2010]. The aim of this paper is to introduce the status of research and studies on the history of astronomy in some Arab countries, in regard to research, studies, translations and manuscript editing, including the research activities in Sharjah (UAE). The focus is laid on a proposal for establishing an International Foundation for the History of Islamic Sciences, as an independent international, non profit and legal foundation whose headquarters are suggested to be hosted at the University City of Sharjah. 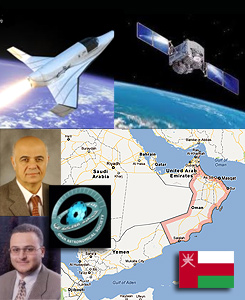 The aim of this paper is to introduce the status of research and studies on the history of astronomy in some Arab countries, in regard to research, studies, translations and manuscript editing, including the research activities in Sharjah (UAE). The focus is laid on a proposal for establishing an International Foundation for the History of Islamic Sciences, as an independent international, non profit and legal foundation whose headquarters are suggested to be hosted at the University City of Sharjah.

The research activities in the history of Arabic sciences, including astronomy, are currently very good in many universities and heritage research centers at many Arab countries. These activities include conferences, workshops, symposia, research, graduates studies, editing manuscripts, translations, etc.

The following paragraphs will present examples of some important current research results into the history of Arabic astronomy in several Arab countries.

2.1. The Institute for the History of Arabic Science at the University of Aleppo, Syria

This institute (website: www.alepuniv.shern.net) is very active in research and graduate studies in the History of Arabic and Muslim sciences. The Institute was established in the University of Aleppo in 1976 with the main objective of discovering the Arabic and Muslim contributions in science and their impacts on human civilisation. It has an intensive graduate program and already accomplished 13 PhD theses and 27 MSc theses in history of science, while the current researches are 4 PhD and 20 MSc monographs. The institute is very active in editing scientific heritage manuscripts, translations and writing books. It has a good library which contains around 2300 copies of different manuscripts, including photograph and Xerox copies and 460 original manuscript copies. The institute has three departments: History of Basic Sciences, Medical Sciences, and Applied Sciences. The third department deals with studies, editing, and graduate programs on the Arabic and Muslim contributions and achievements in the history of sciences, and part of the research deals with the history of Arabic astronomy. Among the recent graduate projects, we mention (Shalhob 2006) :

In Tunisia, two major organizations deal with the history of Arabic astronomy (Alsagheer 2010):

1. The Society of the Historiographers: This institute has an interest in the astronomical manuscripts such as:

– The publication of the text of Abu Al-Hassan Kushyar ibn Labân Madkhal ila sina’at ahkam al-nujum, written in 1130 CE; it presents the principles of astronomy;

– The study of works of astronomy based on copies from the British Library, such as the Mas’udi Canon by Al-Biruni (ca 1149 CE) and three manuscript copies of Thabit ibn Qurra’s edition of Ptolemy’s Almagest (Kitab al-Majesti), one of his most famous contribution in astronomy, and his writing on the visibility of the crescent (copied in 1242 CE).

This center made good contributions in the history of the Arab sciences, including astronomy. It has a large number of research papers, editing manuscripts, translations, graduate students thesis, etc, but unfortunately because of the unstable situation in the country, the number of researchers in this field has greatly decreased. We hope it will flourish again.

The center has four departments:

A research group in the University Mohammed Vth in Rabat is working on the edition of a manuscript in astronomy from an unknown author. It is an old manuscript and it contains a description of the solar system. Among its contents: basic knowledge in astronomy, theoretical and applied, Al-awfaq for Al-Ghazali, Al-Afaq wa-‘l-awfaq, day and night timing, hisab, Al-‘usul fi al-nujum, astrology, etc.

Edition and analysis of manuscripts in astronomy (i.e., Kashf Al-Asrar Al-Khafia fi ‘ilm Al-Ajram Al-Samawia) and other works on navigation.

We take the current research at King Abdul-Aziz University for Science and Technology as an example:

2.7.1. Department of History and Islamic Civilization:

Many research projects are currently undertaken, such as:

The centre provides researchers with integrated and comprehensive historical and geographical studies about the Arabian Gulf region as well as the developments it experienced. (For more information, click here),

Located in Dubai, the Centre provides a large quantity of manuscripts, many of which are on scientific subjects. It owns a rich library, made available to scholars. Besides providing restoration services for Arabic manuscripts in many countries, the Jumaa Almajed Centre offers research grants. (Visit the website of the Centre by clicking here).

3. The Proposal for the creation of the International Foundation for the History of Arab and Muslim Sciences (IFHAMS)

One of the resolutions of the First International Conference on the History of Arab and Muslim Sciences, which was held at Sharjah University during the period 24-27 March 2008, was to establish an International Foundation for the History of Arab & Muslim Sciences (IFHAMS). A large number of scholars who attended the conference proposed the establishment of this structure.

The IFHAMS should be an independent international, non profit and legal foundation with an independent budget, whose headquarters will be located at the University of Sharjah, UAE. It will establish branches and associations with scientific bodies throughout the world. Its board of management and board of trustees will consist of Arab, Muslim, and Orientalist scientists and scholars who are well known locally, regionally and internationally (King 2008).

The membership of IFHAMS will consist of scholars and researchers from Arab, Islamic, and international academic institutions who are interested in the history of Arabic and Muslim sciences.

Vision: The IFNAMS aspires to become a distinguished center for publicising the contributions of Arab and Muslim scholars in sciences, and their influence on contemporary science and the service of humanity.

Mission: The Foundation will be responsible of reviving, collecting, maintaining and translating Islamic scientific heritage. It also endeavors to build bridges for better communication between different cultures through conferences, colloquia, and workshops.

4. Mechanisms of achieving the objectives of the IFNAMS

4.1. Revival of Arabic and Islamic heritage, maintaining it, and introducing it at local, regional, and international levels, through:

1. Coordination with universities, institutions, academic centers, libraries, and records throughout the world to facilitate access to Arabic and Islamic manuscripts;

2. Encouraging Arabic and Islamic universities to name classrooms, auditora, and halls after Arab and Muslim scientists;

3. Construction of an Internet site in many languages whose main purpose is to introduce different aspects of Arabic and Islamic heritage;

4. Production of a series of documentaries to be distributed to TV stations in order to introduce the achievements of Arab and Muslim scientists in different fields of knowledge;

6. Issuing a refereed journal in English and Arabic specializing in the history of Arab and Muslim sciences;

7. Encouraging the ministries of education and relevant institutions of higher education in Arab and Muslim countries to teach the history of Arab and Muslim sciences in different stages, and to encourage graduate students to write dissertations in this field.

4.2. Preparation of researchers and training them in different aspects of the Arabic and Islamic scientific heritage:

1. Establishing chairs for Arab and Muslim Sciences in a number of international universities in collaboration with relevant international organizations;

2. Allocating scholarships for M.A. and Ph.D. studies in some international universities to study the history of Arabic and Muslim sciences, and also to support relevant research;

3. Establishment of an award to be called “The Sharjah International Award for the History of Arab and Muslim Sciences” to be awarded to scientists and researchers from all over the world, who best highlight the achievements of Arab and Islamic civilization;

4. Establishment of a specialized library in the field of the Arabic and Islamic history of sciences.

4.3. Sponsoring scholars interested in Arabic and Islamic scientific heritage, and supporting their work, whether theoretical, practical, or technical, at local, regional, and international levels:

1. Cooperation with international organizations and relevant academic institutions to compile a multi-language lexicon of scientific terms and nomenclature which were used by Arab and Muslim scholars and which have enriched human thought;

2. Holding regional and international conferences and participating in them in order to link Arabic and Islamic scientific heritage with current scientific and technical discoveries;

3. Establishment of a special bureau of translation to serve the objectives of the Foundation;

4.4. IFHAMS departments and fields of awards will be:

4.5. The Award and research unit

The Foundation will propose to handle all preparations related to the award: publicity, correspondence, invitations, and ceremony of delivering the award.

Its mission will be:

2. Sky Map: Describing the contributions of the Arab and Muslim astronomers in observations and studies of the celestial objects and phenomena;

We must note at the end of this enumeration of the IFNAMS’ program, vision, objectives and organisation that the Foundation’s project is still a proposal under study; it will be submitted to the Sharjah Higher authorities for approval.

* Dean of the College of Sciences, University of Sharjah, UAE President of the Arab Union for Astronomy and Space Sciences