Mathematics has long been an area of expertise amongst Muslim mathematicians. This article considers the contributions of Al-Tusi and Al-Battani and others in trigonometry, focusing upon the progress their discoveries represented in comparison with the ancient tradition as displayed in Ptolemy's Almagest. 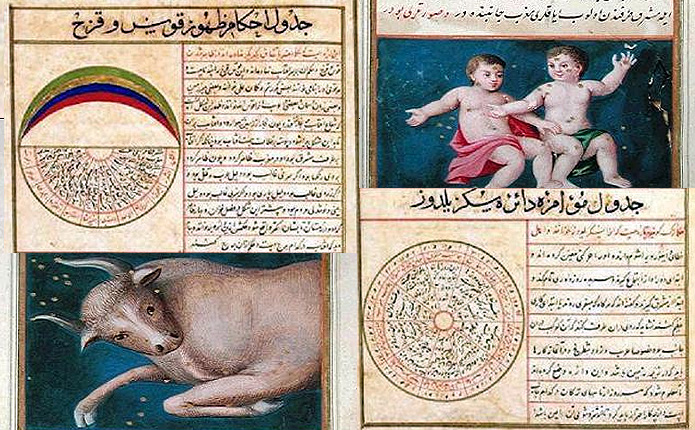 It was in school that most of us first flirted with trigonometry, simultaneously being handed the scientific calculator for the first time in order to determine the sines, cosines and tangents of angles. For some of us – perhaps it is more accurate to say only a few – these strange functions were met with fascination and glee, representing the first real encounter with non-trivial mathematics. In most cases, the presentation of trigonometry is delivered in the context of problems involving triangles, which quite rapidly become rather repetitive and dull. Consequently, many students do not appreciate the crucial relevance and importance of trigonometry in solving more interesting and complex problems, drawn from astronomy, cartography and navigation, to name a few fields. Moreover, merrily determining unknown angles and sides of triangles with full dependence on the calculator, we do not stop to ask how, say, the sine of a particular angle could be worked out without a computing machine, relying on pen, paper and human ingenuity alone.

The birth of trigonometry lies in astronomy, one of the most vigorously studied sciences by the Muslims, particularly due to its relevance in determining the exact times of the ritual prayers. But even before the Muslims, Greek astronomers were calculating the unknown sides and angles of certain triangles, given the value of the remaining sides or angles, in order to understand the motion of the sun, moon and the, then known, five planets.

Motivated by questions such as the position of the sun, moon and planets, the Greeks composed tables and rules that enabled problems of a geometric character to be tackled. The most thorough treatment of the subject is to be found in The Almagest of Ptolemy, an astronomer working in Alexandria in the early part of the second century CE. Ptolemy’s treatise reached European scholars through Muslim hands, who rendered the original Greek title (which meant The Great Arrangement) in more succinct and superlative terms through a combination of transliteration and pre-pending to produce Al-Majest, simply meaning The Greatest, thus reflecting the esteemed position the work enjoyed in Muslim scholarly circles. Hellenist astronomers would draw principally upon a table found in Book I of Almagest which was denoted “A Table of Chords in a Circle,” to solve all their plane trigonometric problems. For arcs at angles in increments of half a degree up to 180 degrees, the table gives the lengths of the chords subtending the angles in a circle of radius 60 units. In his work, The Transversal Figure, the thirteenth century Muslim astronomer Nasir al-Din Al-Tûsî explains how this table of chord lengths is employed to solve problems relating to right angled triangles. Al-Tûsî makes the crucial observation that establishes the link between triangles and arcs of circles: any triangle may be inscribed in a circle, and therefore, its sides may be viewed as the chords subtending the arcs opposite the angles of the triangle. The drawback of such reliance on these tables was twofold. Firstly, considerable manipulation of the table and intermediate steps were required to solve all the variations that might arise in solving unknown lengths or angles of a right triangle. This is in contrast to using the six familiar trigonometric functions – the sine, cosine and tangent and their reciprocals, the secant, cosecant and cotangent – that are characteristic of modern techniques, which were first devised and arranged in a systematic way by Muslim mathematicians. The second inconvenience of the chord length tables is that they often required angles to be doubled in order to calculate the length of an arc.

Actually, a chain of Muslim scholars before the 10th century had already laid the foundations of trigonometry, paving the way for Nasir al-Din Al-Tûsî to collect, organise and elaborate the contributions. It was Mohammed Ibn Jabir ibn Sinan Abu Abdullah, known as Al-Battani, for he was born in Battan, Mesopotamia, who is one of the most influential figures in trigonometry. He is considered to be one of the greatest Muslim astronomers and mathematicians, eventually dying in Damascus in 929 CE. His motivation for pioneering the study of trigonometry was his observations on the movements of planets:

“… after having lengthily applied myself in the study of this science, I have noticed that the works on the movements of the planets differed consistently with each other, and that many authors made errors in the manner of undertaking their observation, and establishing their rules. I also noticed that with time, the position of the planets changed according to recent and older observations; changes caused by the obliquity of the ecliptic, affecting the calculation of the years and that of eclipses. Continuous focus on these things drove me to perfect and confirm such a science.”

More crucially, al-Battani explained his mathematical operations and urged others “to continue observation, and to search”, in order to perfect and expand his work. As well as Al-Battani, Abu al-Wafa, Ibn Yunus and Ibn al-Haytham all developed spherical trigonometry and applied it to the solution of astronomical problems.

Al-Battani was the first to use the expressions “sine” and “cosine”, defining them as lengths, rather than ratios as we know them today; the original definition of the sine is easily retrieved from the modern version by multiplying by the hypotenuse of the triangle in question. The tangent was referred to by Al-Battani as the “extended shadow,” the shadow of a notional horizontal rod mounted on a wall. Al-Bîrûnî (973-1048 CE) defined the trigonometric functions of tangent and cotangent, which were inherited in a tentative form from the Indians. Al-Bîrûnî was among those who laid the foundation for modern trigonometry; Mohammed ibn Musa al-Khwarizmi, born in 780 CE, developed the sine, cosine and trigonometric tables, which were later, translated to the West. It would be another 500 years though before the trigonometry of tangents was discovered by modern mathematics and then another 100 years before Copernicus was aware of it.

In closing, it is worth mentioning a few of the other important achievements in the area of trigonometry by Muslims, and also the remarkable application by Al-Bîrûnî in measuring the circumference of the Earth. The indispensable Sine Law was stated and proved by Nasir al-Din Al-Tûsî by drawing upon and cunningly employing elementary ideas of geometry. He then proceeded to apply the law to solve all kinds of problems in a systematic fashion. Abu al-Wafa’ proved the familiar addition theorem for sines, which is a lot more efficient and elegant as compared to the original statement in Almagest involving chord lengths. Before the advent of computers, it was important to construct accurate tables of key functions for regular spaced values of the function argument. This was a painstaking and labour intensive procedure; in the case of trigonometric tables, it was required first to have a very precise way of calculating the sine of 1 degree, and second, a set of rules for interpolating based on the tables. Both these issues were the subject of critical investigation by a number of Muslim scholars, such as Al-Bîrûnî, Ibn Yunus and Al-Kashi. To reach an approximation of the sine of 1 degree, Al-Kashi uses a procedure which in modern parlance is referred to as an iterative method.

The Greeks were fond of conducting geodic surveys for determining various fundamental distances related to the earth, such as its circumference. One such method is described by Ptolemy in his Geography. Al-Bîrûnî was known for his characteristic dry humour and uses it to full effect to introduce his method for calculating the circumference of the earth: “Here is another method for the determination of the circumference of the earth. It does not require walking in deserts.” The experiment was conducted while he was travelling with King Mahmud of Ghazna in what we now know as northwest India. He recorded his expeditious account in On the Determination of the Coordinates of Cities. The method is undertaken from the summit of a mountain and requires knowledge of its height, and so, Al-Bîrûnî first sets out the method by which this quantity is determined. As Al-Bîrûnî records, he employed the method on a mountain near Nandana in India: “When I happened to be living in the fort of Nandana in the land of India, I observed from an adjacent high mountain standing west of the fort a large plan lying south of the mountain. It occurred to me I should examine this method there.”

The final value for the circumference was found to match the value determined by the more elaborate procedure involving a geodetic survey. As Berggren states, “it doubtless gladdened al-Bîrûnî’s heart to show that a simple mathematical argument combined with a measurement could do as well as two teams of surveyors tramping about in the desert“.

Trigonometry can now be added to the list of essential areas of knowledge mastered by the Muslims and subsequently conveyed to Europe through various routes. The contribution is eloquently summarised by Berggren:

“We have seen in the preceding sections that Muslim mathematicians organized trigonometry into a systematic discipline, whose theory rested on a full complement of six functions and a variety of powerful results, such as the Law of Sines and certain key trigonometric identities … Thus trigonometry takes its place, alongside algebra and arithmetic, as part of our heritage from Islamic mathematics.”

*Dr Mahbub Ghani is a Lecturer at King’s College, University of London.