In the wake of the hijrah (migration), the city-state of Madinah underwent significant changes in virtually all its features including changing its name from Yathrib to Madinah. The significations of the latter unmistakably implied the new character, purpose and aspirations of the rising city-state. 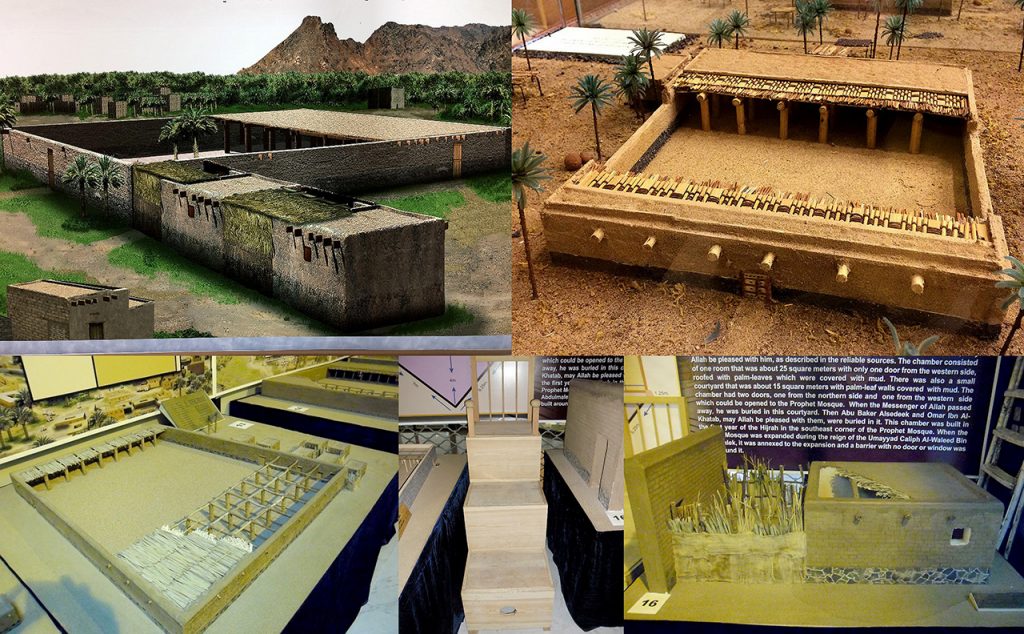 Editor’s Note: This is a short article extracted from a book titled “History and Architecture of the Prophet’s Mosque” by Omer Spahic, 2019, www.daralwahi.com. The book may be obtained from here.

When Prophet Muhammad migrated from Makkah to Madinah, the first and immediate task relating to his community-building mission was constructing the city’s principal mosque. Every other undertaking, including building houses for the migrants a majority of whom were poor and practically homeless, had to be deferred till after the Prophet’s Mosques was completed. When completed, the form of the Prophet’s Mosque was extremely simple. Its unpretentious form notwithstanding, the Mosque since its inception served as a genuine community development centre, quickly evolving into a multifunctional complex. The Mosque was meant not only for performing prayers at formally appointed times, but also for many other religious, social, political, administrative and cultural functions. It became a catalyst and standard-setter for civilization-building undertakings across the Muslim territories. In this paper, the significance of the Prophet’s Mosque as a prototype community development center is discussed. The architectural aspect of the Mosque and its reciprocal relationship with the Mosque’s dynamic functions is also dwelled on. The main paper, out of which this article is extracted, is divided into six sections: 1) From Yathrib to Madinah; 2) Madinah (the city) as a microcosm of Islamic civilization; 3) The introduction of the Prophet’s Mosque; 4) The main functions of the Mosque; 5) The architecture of the Mosque; 6) Seven lessons in architecture. 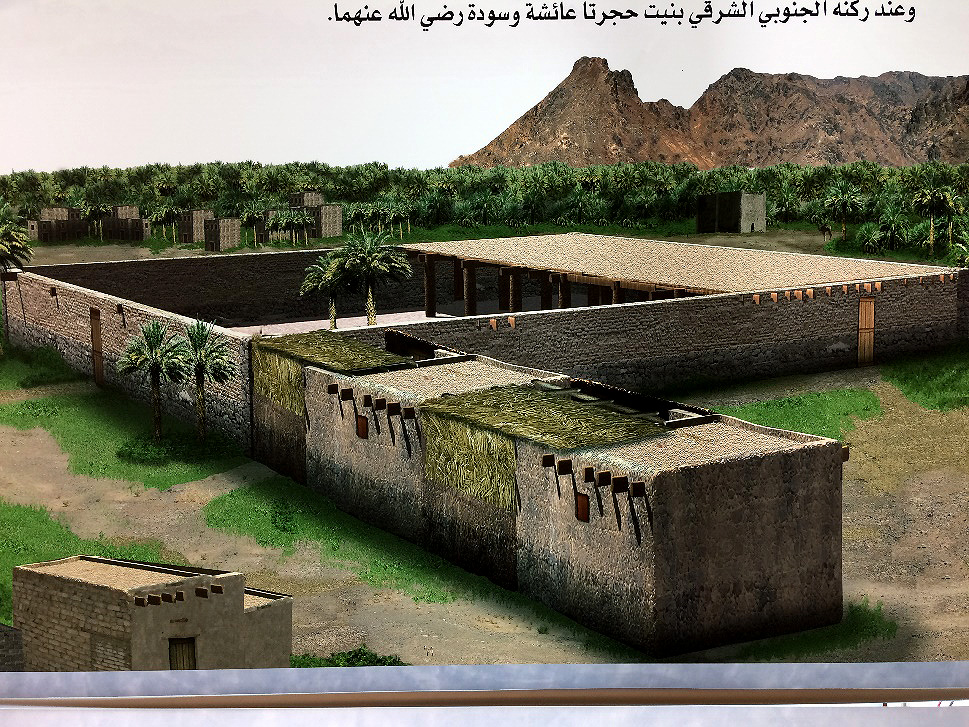 Figure 1. Prophet Muhammad’s Mosque before its first expansion by the Prophet himself in the 7th year of the hijrah (629 CE). At first, for about 16 or 17 months, the qiblah or prayer direction was towards al-Masjid al-Aqsa in Jerusalem. (Courtesy of the Museum of Dar al-Madinah in Madinah) (Archived)

In the wake of the hijrah (migration), the city-state of Madinah underwent significant changes in virtually all its features including changing its name from Yathrib to Madinah. The significations of the latter unmistakably implied the new character, purpose and aspirations of the rising city-state.

Since people are both the builders and demolishers of every civilizational accomplishment, and since they are the establishers and inhabitants of cities, the Prophet through a number of heavenly inspired legislative moves paid some special attention to bringing up virtuous and honest individuals who formed a healthy, virtuous and dynamic society. The believers’ relationships with God, the environment and other people were set to become and remain perpetually sound and just, making the living places of theirs – and if given a chance, the whole of earth – better and more conducive to a pious and truly productive living.

The first city component introduced by the Prophet to the city of Madinah was the mosque institution, the Prophet’s Mosque. Since its inception, the Mosque functioned as a community development center. Different types of activities were conducted within its realm. In addition to serving as a place for congregational prayers, as well as for other collective worship (‘ibadah) practices, the Mosque, likewise, furnished the Muslims with some other crucial social amenities and services. It was the seat of the Prophet’s government, a learning center, a place for some medical treatments and nursing, a detention and rehabilitation center, a welfare and charity center, and a place for some legitimate leisure and recreational activities.

When completed, the form of the Prophet’s Mosque was extremely simple. Its unpretentious form notwithstanding, to Muslims the Mosque instantly became a catalyst and standard-setter for civilization-building.

At first, the Prophet’s Mosque was just an enclosure. Its walls, made of mud brick and raised over stone foundations, enclosed a roofless and unpaved area of approximately 1,200 square meters. There was no roofed section; one was introduced later as a result of heat. Three entrances pierced the southern, eastern and western walls. The northern side was the qiblah (prayer direction) wall facing al-Masjid al-Aqsa in Jerusalem. After 16 or 17 months following the hijrah, the qiblah was redirected from al-Masjid al-Aqsa to al-Masjid al-Haram and so, the simple form of the Prophet’s Mosque responded accordingly: the entrance in the southern wall was bricked up since it started to function at once as a new qiblah side, while a new entrance was perforated in the northern wall which heretofore functioned as the qiblah side (Creswell, 1989, p. 4; Hillenbrand, 1994, p. 39). 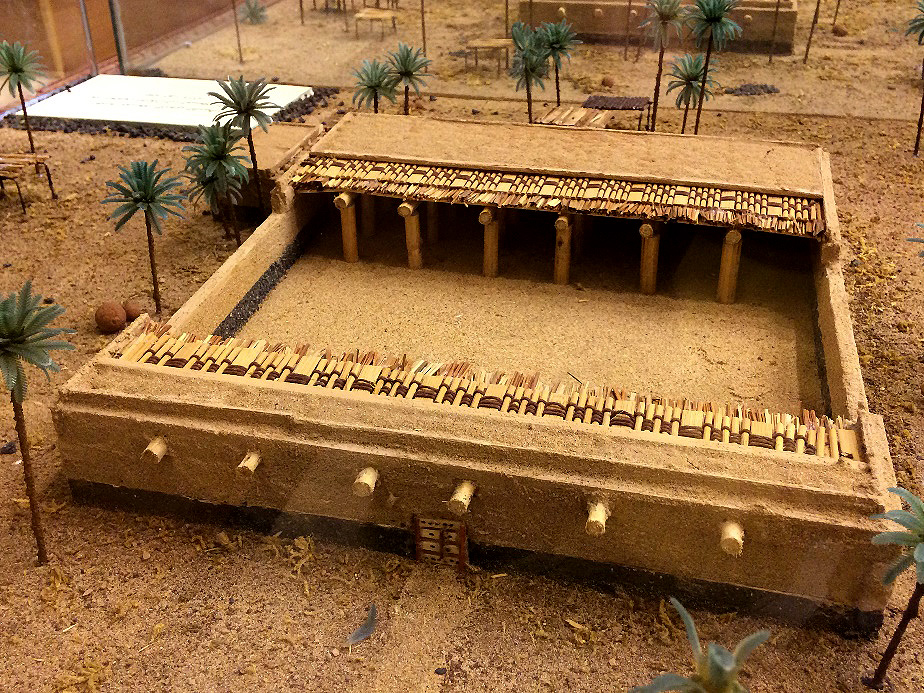 Figure 2. Prophet Muhammad’s Mosque after its qiblah change, but before its first expansion by the Prophet. (Courtesy of the Museum of Dar al-Madinah) (Archived)

About three years before his death, i.e., in the 7th year of the hijrah (629 CE), the Prophet, while duly answering the needs created by the rapid increase of worshippers as well as the rapid expansion of Madinah as a prototype Muslim city-state, significantly enlarged the Mosque, making it measure approximately 2,500 square meters.

The following is a standard description of the form of the Prophet’s Mosque at the time of the Prophet’s demise as given by most scholars: “In the construction method a stone foundation was laid to a depth of three cubits (about 1.50 meters). On top of that adobe, walls 75 cm. wide were built. The Mosque was shaded by erecting palm trunks and wooden cross beams covered with palm leaves and stalks. On the qiblah direction, there were three porticoes, or colonnades, each portico had six – or even eight – pillars (palm trunks). On the rear part of the Mosque, there was a shade, where the homeless muhajirs (migrants) took refuge. The height of the roof of the Mosque was equal to the height of a man (with his hands raised)” (Hamid, 1996, p. 226; al-Samahudi, 1997, vol. 2 p. 481). 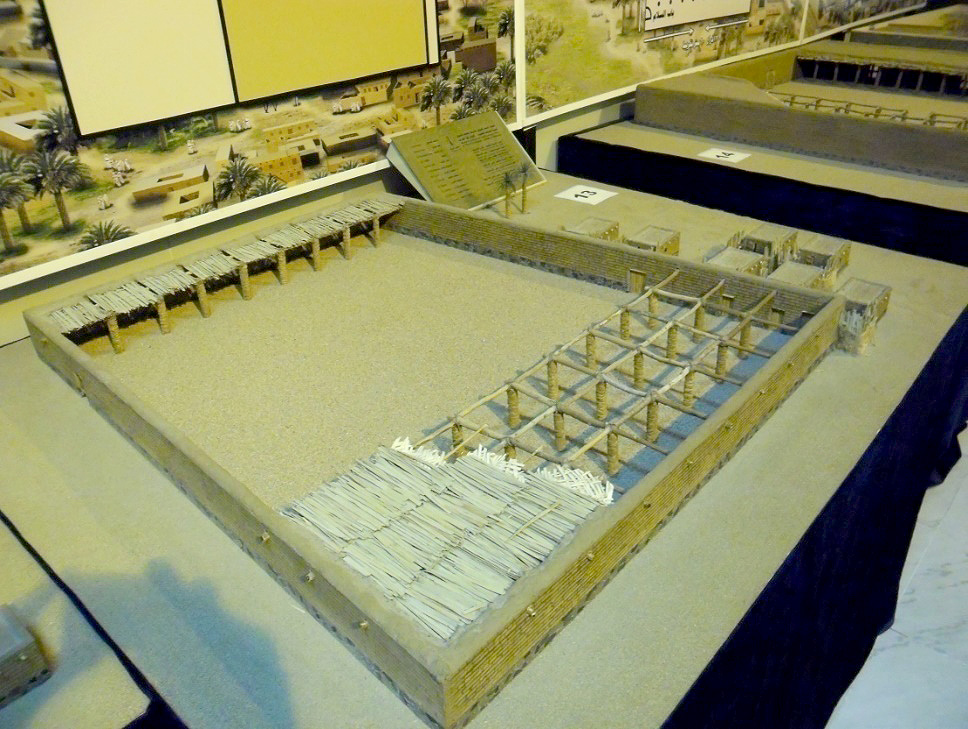 Figure 3: Prophet Muhammad’s Mosque after its first expansion by the Prophet. (Courtesy of the Hadarah Tayyibah Exhibition held in Madinah in 2010-2012) (Archived)

Based on the Prophet’s building experiences, we can conclude that Muslim architecture is not to be concerned about the form of buildings only. Authentic Muslim architecture signifies a process where all the phases and aspects are equally important. It is almost impossible to identify a phase or an aspect in that process and consider it more important than the others. The process of Muslim architecture starts with having a proper understanding and vision which leads to making a right intention. It continues with the planning, designing and building stages, and ends with attaining the net results and how the people make use of and benefit from them. Muslim architecture is a fine blend of all these factors which are interwoven with the treads of the belief system, principles, teachings and values of Islam.

Furthermore, Prophet Muhammad taught that at the core of Muslim architecture lies function with all of its dimensions: corporeal, cerebral and spiritual. The role of the form is an important one, too, but only inasmuch as it supplements and enhances function. Muslim architecture should embody the teachings, values and principles of Islam as a complete system of thought, practice and civilization, because it functions as the physical locus of human activities, facilitating and promoting them. It should be man-oriented, upholding his dignity and facilitating his spiritual progression while in this world. Architecture is a means, not an end. 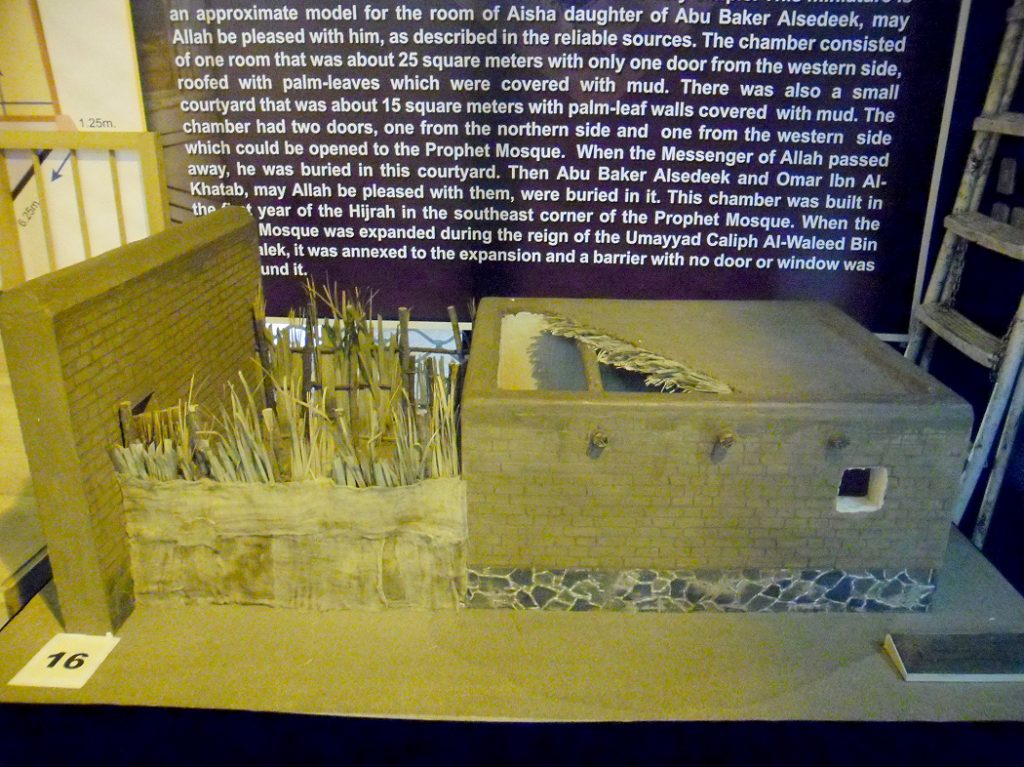 Figure 4. A replica of one of the Prophet’s houses where his wife A’ishah resided. (Courtesy of the Hadarah Tayyibah Exhibition held in Madinah in 2010-2012) (Archived)

Moreover, one of the most recognizable features of Muslim architecture should always be its sustainability penchant. This is so because Islam, as a total worldview, ethics and jurisprudence, aims to preserve man and his total wellbeing, i.e., his religion, self, mental strength, progeny (future generations) and wealth (personal, societal and natural). The views of Islam and Prophet Muhammad concerning the natural environment and man’s relation thereto are unprecedented. 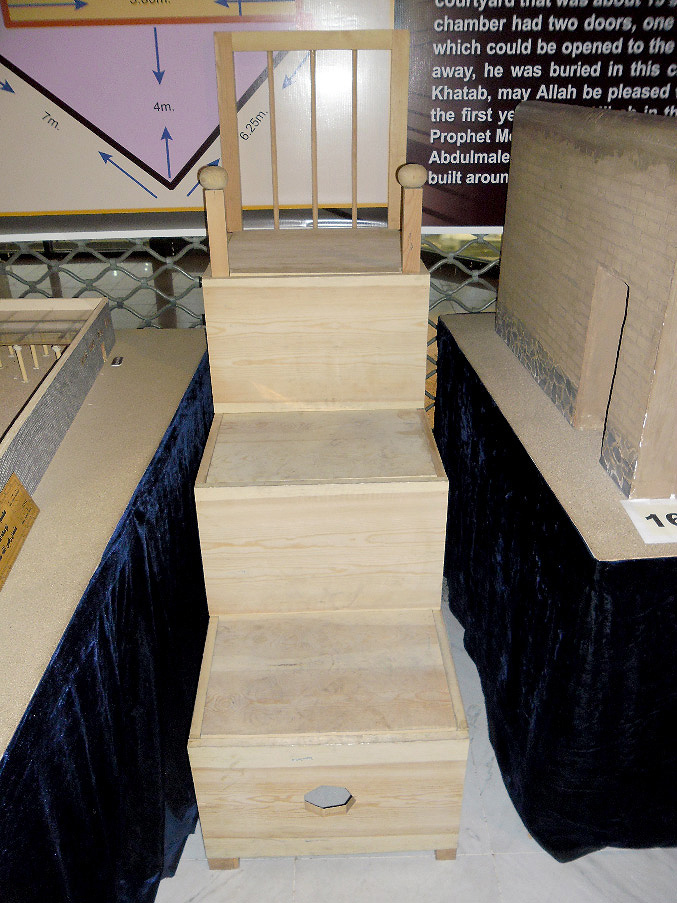 Figure 5. A replica of the Prophet’s minbar (pulpit). (Courtesy of the Hadassah Tayyibah Exhibition held in Madinah in 2010-2012)

The following sources were used in main paper: