news.harvard.edu: Author Michael Pollan discusses his latest work on the world’s most-used psychoactive substance. It is the world’s most-used drug, one many of us simply refuse to live without, opting for addiction over the loss of that first, or second, or in some cases the third cup that gets us through the day and now its seductive powers, its dark history, its health benefits, and its harmful side effects are on full display in best-selling author Michael Pollan’s new audiobook “Caffeine: How Coffee and Tea Created the Modern World.”. 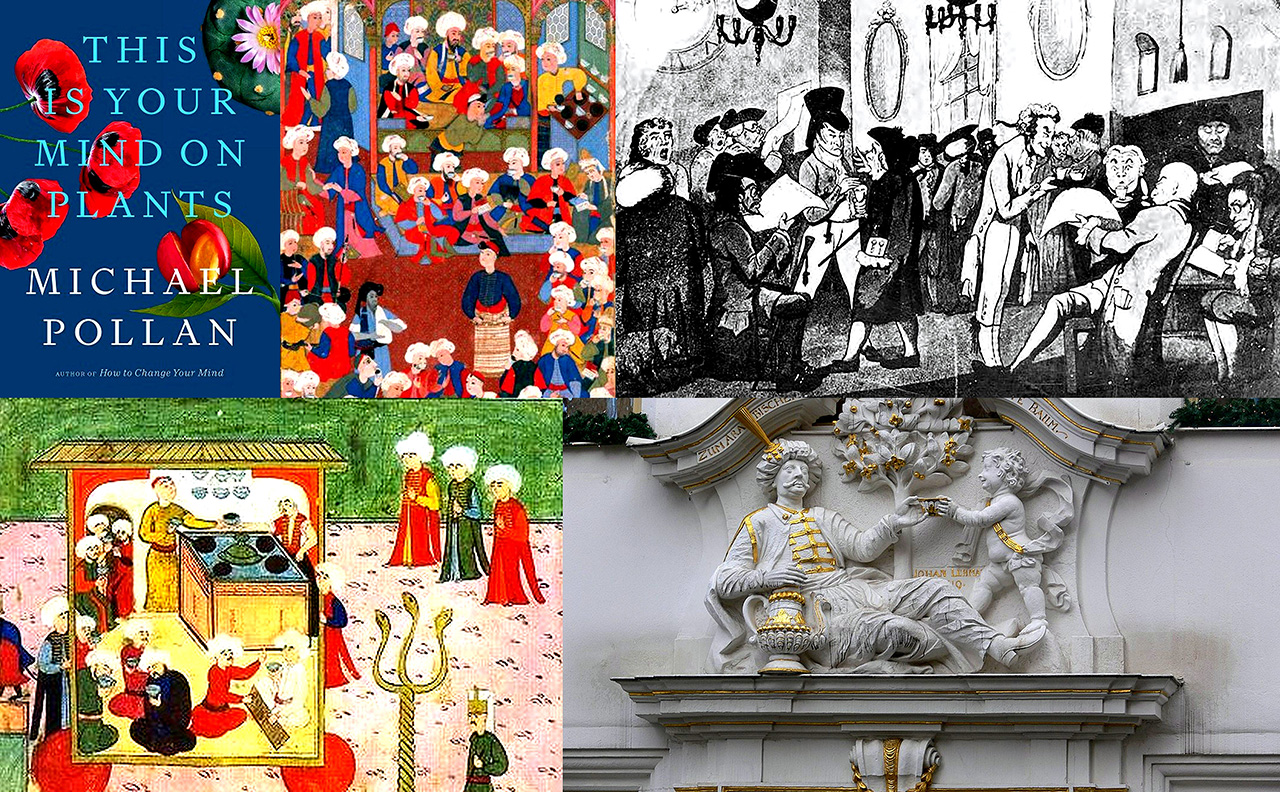 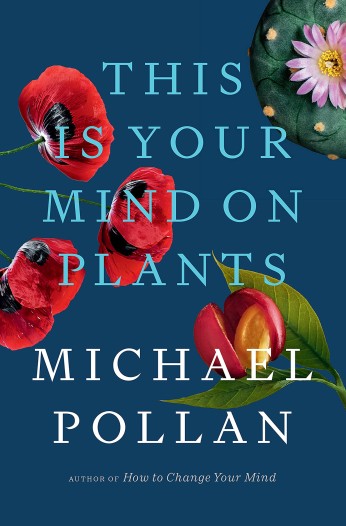 news.harvard.edu: In his book Pollan recounts the day he finally decided to forgo his routine morning cup, recalling how the:

“lovely dispersal of the mental fog that the first hit of caffeine ushers into consciousness never arrived. The fog settled over me and would not budge.”

Pollan explains in a section of the audiobook on the substance’s origins that caffeine was first discovered in China around 1000 B.C. in the form of tea. The discovery of coffee is traced to Ethiopia around 850 A.D.

According to the legend, a herder who noticed how jumpy his goats got after eating the berries of an arabica plant gave some of the berries to a local monk, who used them to concoct the world’s first cup of coffee. As time went on, caffeine’s history took a dark turn. Growers and sellers built the industry on the backs of enslaved people forced to harvest both the coffee beans and the sugar needed to sweeten the bitter drink that had become increasingly popular in the West.

He also suggests that the consumption of caffeinated drinks even might have helped societies that embraced them to thrive. According to Pollan, caffeine drove a kind of “Enlightenment thinking.”

The coffee houses that stretched first across the [Muslim Civilisation] and eventually Europe became not only the internet of their day, spreading gossip and news, but also centres of discussion that fostered important cultural, political, and scientific exchanges and helped usher in a “new spirit of rationalism.” 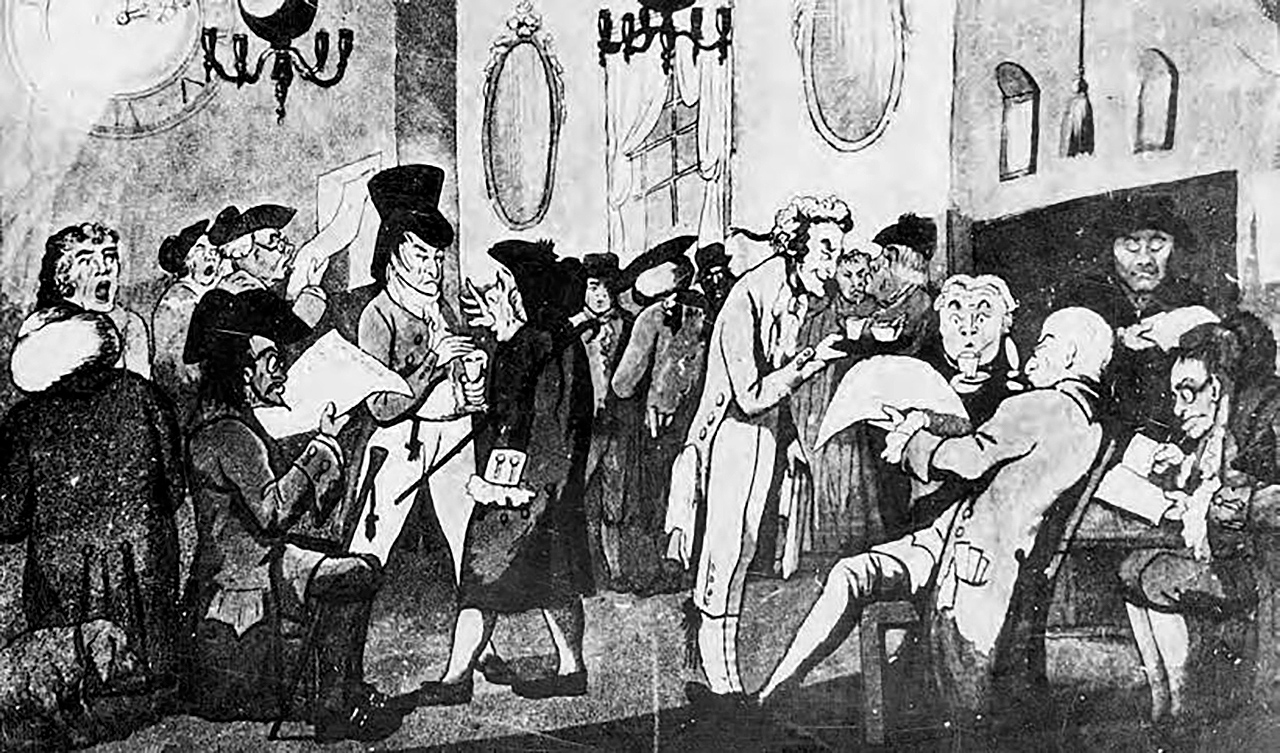 It was an Ottoman merchant named Pasqua Rosee [Paşa Rıza] who first brought coffee to England in 1650, selling it in a coffeehouse in George-yard, Lombard Street, London.  Eight years later, another coffeehouse called Sultaness Head was opened in Cornhill. Lloyd’s of London, today a famous insurance company, was originally a coffee shop called Edward Lloyd’s Coffee House. This is an illustration depicting Edward Lloyd’s Coffee House, established in the 17th century. (Source)

nypost.com: Pollan goes so far as to assert that the stimulant created the modern world.

“It is hardly an exaggeration to say that the arrival of caffeine in Europe changed . . . everything,”

He continues to write:

“Coffee and tea ushered in a shift in the mental weather, sharpening minds that had been fogged by alcohol, freeing people from the natural rhythms of the body and the sun, thus making possible new kinds of work and, arguably, new kinds of thought, too.” 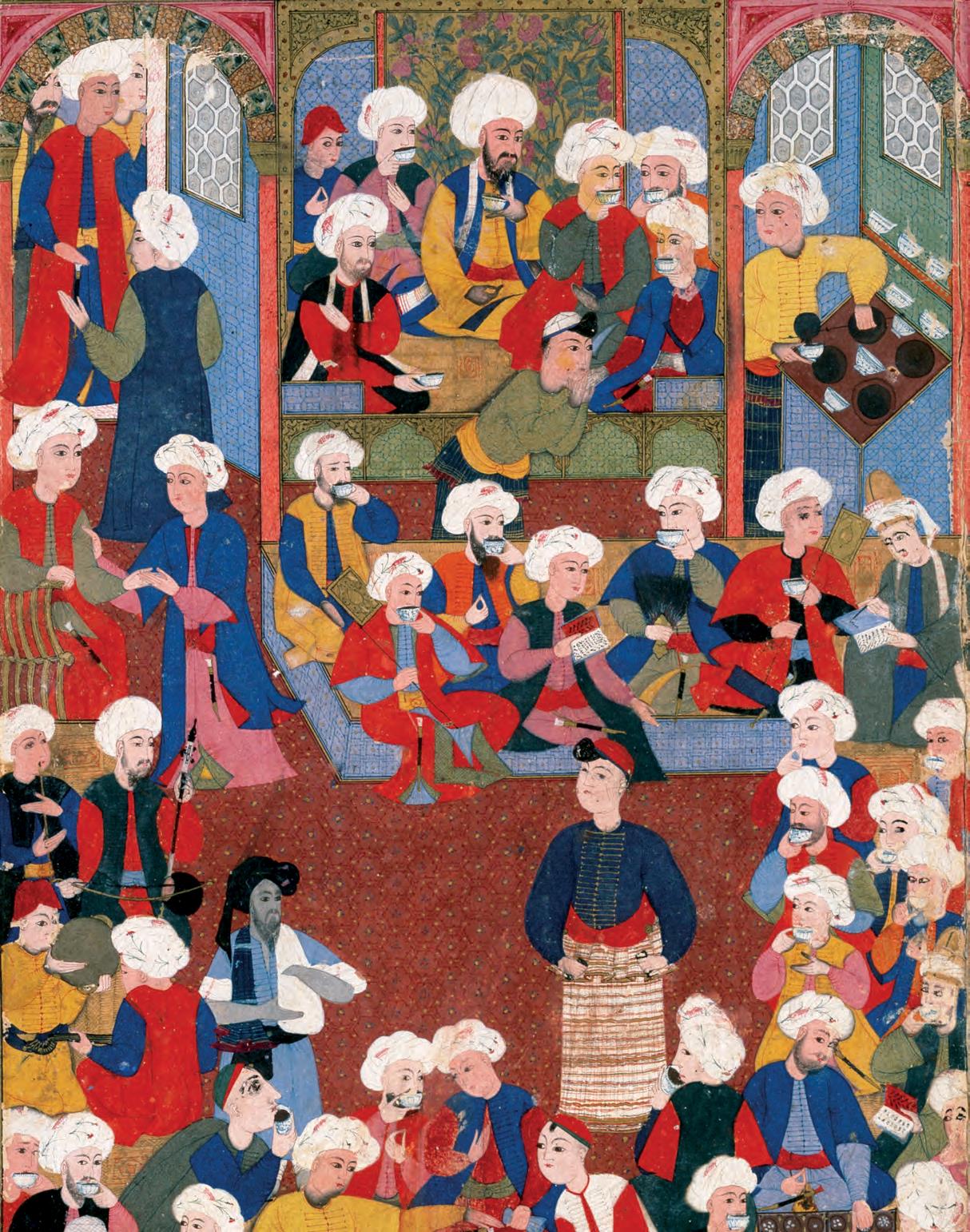 He notes that coffee first made its way from East Africa to the Arabian Peninsula in the 15th century, at a time when the Islamic world was more advanced in the sciences than Europe. In the 16th century, the Ottoman Empire had hundreds of coffeehouses, and some historians have linked the rise of java in the Islamic world with the advent of modern mathematics.

In the early 17th century, the first coffeehouse in Europe opened in Venice, and thousands soon followed, creating a new kind of intellectual space. Pollan writes:

“You paid a penny for the coffee, but the information — in the form of newspapers, books, magazines and conversation — was free…”

In England, it helped labourers work long hours in harsh conditions, and when sweetened with sugar provided a cheap source of calories. Pollan writes:

“It’s difficult to imagine the Industrial Revolution without it…”

“Capitalism, having benefited enormously from its symbiotic relationship with coffee, now threatens to kill the golden goose.” 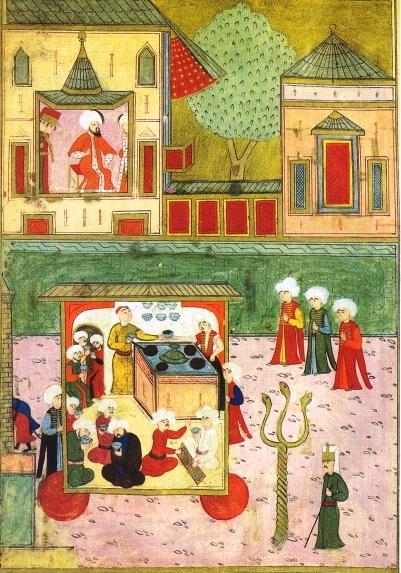 Miniature of a portable coffee stall dated to 1582, taken from Sürname-i Hümayun (Imperial Festival Book), where the artisans of the coffee maker/seller participating in the festival procession were depicted in great detail. From Nurhan Atasoy,’s  Surname-i Hümayun: Dügün Kitabi, 1582. (Source).

theguardian.com: By the 15th century, coffee was being cultivated in East Africa and traded across the Arabian peninsula. Initially, the new drink was regarded as an aid to concentration and used by Sufis in Yemen to keep them from dozing off during their religious observances. (Tea, too, started out as a little helper for Buddhist monks striving to stay awake through long stretches of meditation.) Within a century, coffeehouses had sprung up in cities across the Arab world. In 1570 there were more than 600 of them in Constantinople alone, and they spread north and west with the Ottoman empire.

The Islamic world at this time was in many respects more advanced than Europe, in science and technology, and in learning. Whether this mental flourishing had anything to do with the prevalence of coffee (and prohibition of alcohol) is difficult to prove, but as the German historian Wolfgang Schivelbusch has argued, the beverage.

“seemed to be tailor-made for a culture that forbade alcohol consumption and gave birth to modern mathematics”.

In 1629 the first coffeehouses in Europe, styled on Arab and Turkish models, popped up in Venice, and the first such establishment in England was opened in Oxford in 1650 by a Jewish immigrant. They arrived in London shortly thereafter and proliferated: within a few decades there were thousands of coffeehouses in London; at their peak, one for every 200 Londoners. 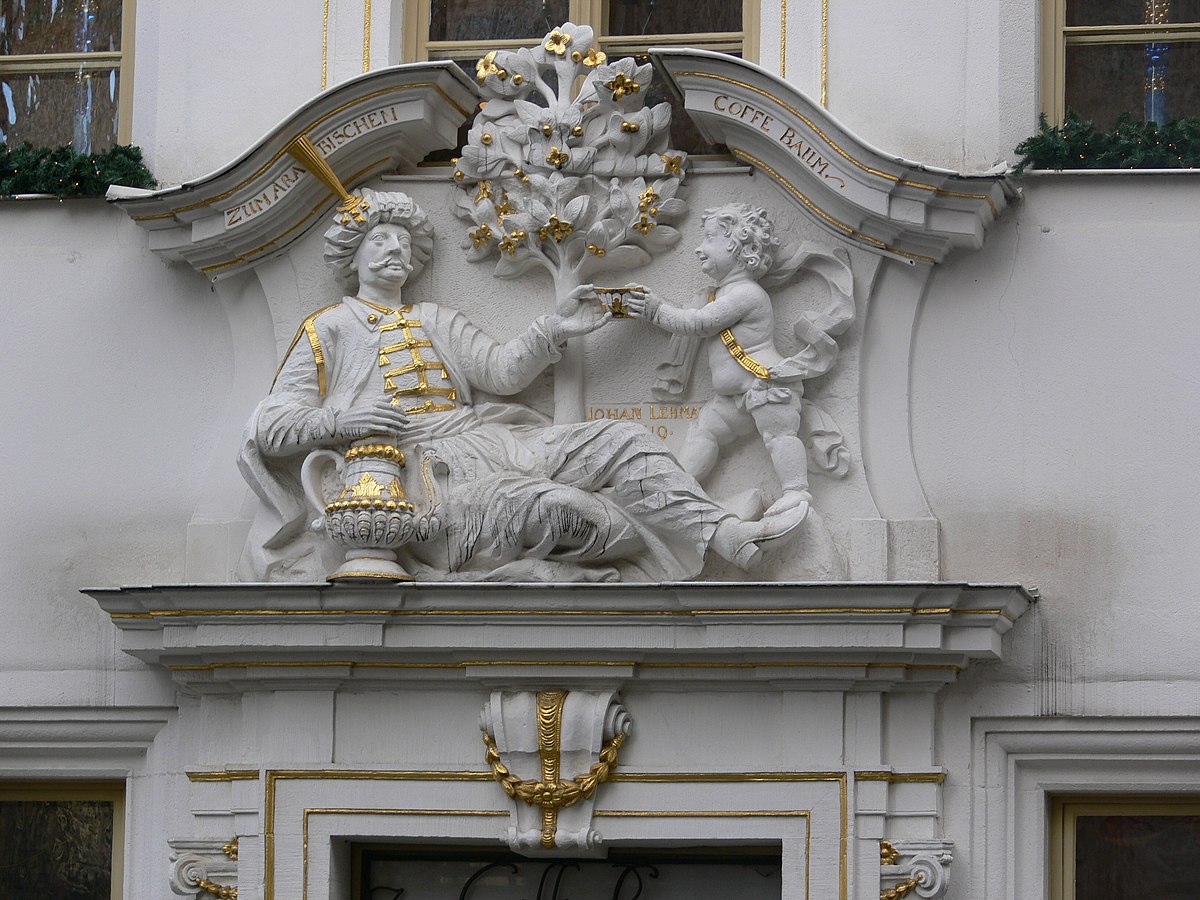 Coffe Baum relief over the door of a Leipzig coffee shop showing a sculptural representation of a man dressed in Turkish-style clothing receiving a cup of coffee from a boy. The man is sitting in front of a coffee tree. Café und Museum “Zum arabischen Coffe Baum”, Leipzig, Germany, Relief über dem Eingang. This photo was taken in December 2007 by Andreas Praefcke. (Source)

Turning Clay into Gold – The Secrets of Alchemy and Lustre

How’d that get here?