Professor Salim T S Al-Hassani, Chairman of the Foundation for Science, Technology and Civilisation (FSTC) and 1001 Inventions, was one of the keynote speakers at the Uniday (Students Day) conference on 22nd of October 2011 at Stadthalle in Bielefeld, Germany. 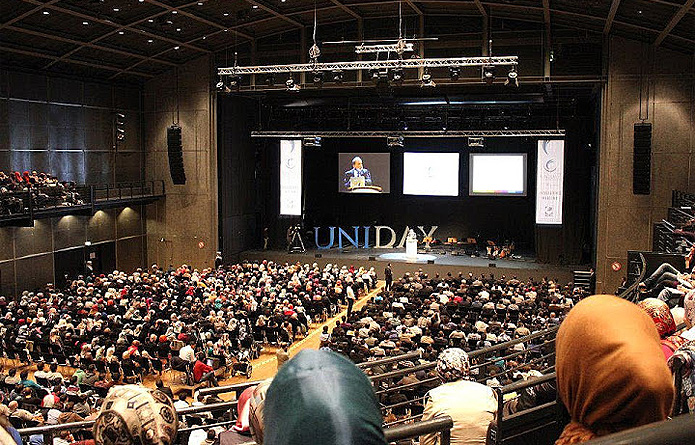 Professor Salim T S Al-Hassani, Chairman of the Foundation for Science, Technology and Civilisation (FSTC) and 1001 Inventions, was one of the keynote speakers at the Uniday (Students Day) conference on 22nd of October 2011 at Stadthalle in Bielefeld, Germany.

There were more than 3000 people at the event, predominantly young German Turks. Amongst the special guests that spoke at the event we mention Prof. Mahmud Erol Kiliç, world expert on Sufism, poet Serdar Tuncer and musician Göksel Baktagir. According to IGMG, the symposium is a formal meeting in which scholars and researchers gather to discuss topics ranging from current affairs to those of an intellectual basis. In particular, these conventions seek to define the process behind perceptions between “myself” and the “other.” Also, elucidating the process of change within these perceptions by associating the hardships that Muslims living in Europe face on a daily basis with the theoretical issues causing these hardships.

The slogan of the event was ‘Our dreams rely on the past’. Celal Tüter, Chairman of IGMG Student Department, explains that: “Earlier our slogan was “The future is intertwined with tradition” and “Those who do not repeat cannot renew”. With steadfastness, we continue on this path of personal development. We strive to build our futures based on our rich traditions for it is within our broad history that we may find the horizon from which our future rises”. 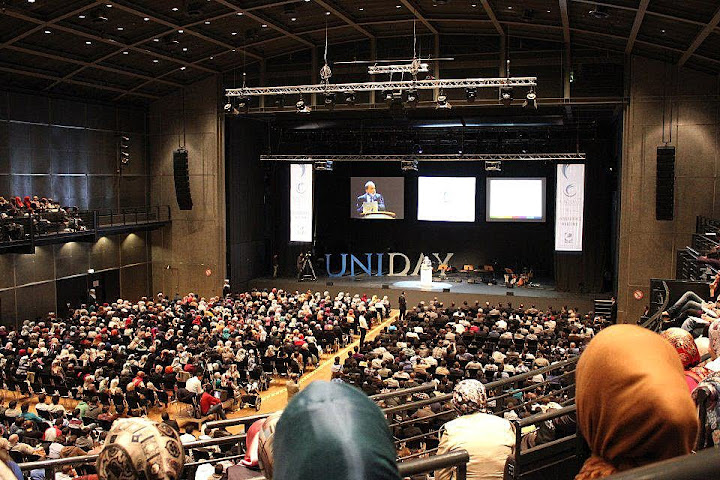 Introducing Professor Salim Al-Hassani by the Master of Ceremonies

In 1999, Professor Salim Al-Hassani and other colleagues founded the Foundation for Science, Technology and Civilisation (FSTC), and he continues to be the Chairman of the Foundation. FSTC is a not-for-profit educational foundation which aims to generate social cohesion, inter-cultural appreciation, and to promote science and learning as an alternative to negative and extremist behaviour. It does this by illuminating the shared scientific heritage of humanity, with its initial efforts centring on uncovering the very significant scientific contributions by the Muslim Civilisation. In its various projects, from books to lectures, seminars, exhibitions, films and electronic publications, FSTC is supported by a large network of historians of science, academics, writers and intellectuals.

The projects carried on by FSTC are a compilation of stories that tell the history of science, technology and culture dating back to a thousand years, which school books, particularly in the West, lack. This thousand year time frame corresponds to a period after the fall of the Roman Empire to the beginning of the Renaissance in Europe, the period commonly known as the ‘Dark Ages.’ This is a misnomer as this period was not really dark, and outside of Europe people were living in a golden age, in the sense that the age of discovery and science had never really ceased. This period also corresponds to a time when the Muslim civilization was flourishing. Yet, when we look at European sources on mathematics, astronomy, chemistry, physics, technology and medicine, we find a one thousand year gap. Does this mean that the readers who derive their knowledge from these sources suffer from a thousand years of amnesia? This amnesia is of a dangerous type, in that it both feeds the superiority complex, and introduces an inferiority complex among other nations, particularly within young Muslims.

This gap in our history is destructive, rather than productive. Moreover, it will not help create or maintain peace in the world. Therefore, we are using the history of science as a new platform for dialogue. Our foundation is non-religious and non-political. Our researchers have chosen from among thousands of inventions to bring life into some of those that still are present in modern society. We have gathered together a large number of academics and experts in this field to ensure that the information we place in the public domain meet high academic standards.

The significance of this new platform is its ability to use the roots and routes of scientific inventions to enhance social cohesion and to induce cultural inter-appreciation.

For more information about these subjects, please visit MuslimHeritage.com.

FSTC’s initiatives include 1001 Inventions which has become a global success story attracting one million to its travelling exhibition which has toured London, Istanbul, New York and Los Angeles and its Library of Secrets film starring Sir Ben Kingsley has received 21 international awards and has been downloaded 12 million times; Curriculum Enrichment for the Common Era (CE4CE) was established in 2009 to further develop work with education in schools, prisons and communities around the world and receives 200 monthly users of its online teaching materials; the Muslim Heritage Awareness Group(MHAG) is expanding globally with networks in the UK, Turkey and the USA. The Arabick Roots exhibition opened in June at the Royal Society is proving to be yet another great success story 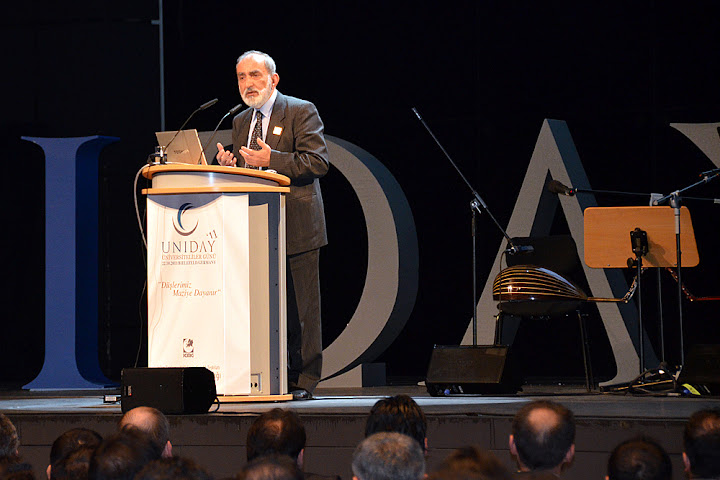