The art of medicine is long and it is necessary for its exponent, before he exercises it, to be trained in the science of anatomy/dissection (ʿilm al-tashrīḥ), as Galen has described it, so that he may be fully acquainted with the uses, forms and constitutions of the parts...

Note of the Editor: This article, “Anatomy” written by Nahyan Fancy, is Chapter 3, Pages 42-51, extracted from the book “1001 Cures: Contributions in Medicine & Healthcare from Muslim Civilisation” editor Peter Pormann, published by the Foundation for Science, Technology and Civilisation, UK (FSTC).

The study of anatomy was universally praised and its importance was recognised in pre-modern Islamic societies. Physicians and surgeons deemed it essential for medical practice. In his Commentary on the Anatomy of Ibn Sīnā’s ‘Canon of Medicine’, Ibn al-Nafīs provides numerous examples of how medical practice is improved by studying anatomy, ranging from making better inferences as to the causes of diseases in order to prescribe appropriate drugs, to avoiding harm while performing minor procedures by not accidentally cutting into arteries, nerves or muscle fibres. Anatomy’s value for medical practice was recognised to the extent that even market-inspectors (muḥtasibs) were tasked with ensuring that physicians and surgeons were well-versed in this science. 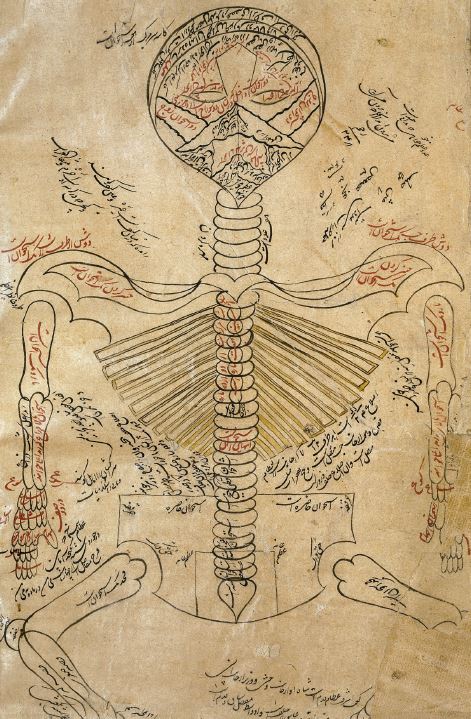 The human skeleton as illustrated in a copy of Avicenna’s Canon of Medicine. (Source)

The term for anatomy in Arabic is tashrīḥ, derived from the root sh-r-ḥ, and like its Greek counterpart anatomḗ, it means ‘to cut up’. Based on pre-modern Arabic dictionaries and medical texts, historians concur that in medical usage the term tashrīḥ could be used equally for: 1) the actual process of cutting open a body, i.e. dissection; and 2) the structure of the human body, i.e. anatomy. The term ʿilm al-tashrīḥ thus refers to the knowledge of the structure of the body and its functions obtained both from texts and empirical observations; the latter could be based on dissections or otherwise. When we add to the inherent ambiguity of the term tashrīḥ the fact that pre-modern physicians often made little distinction between personal observations and recorded observations of other authorities, then we are left guessing as to the precise meaning of any reference to tashrīḥ, or even its practice. This ambiguity is captured in the translation of the quotes at the start of the chapter where every occurrence of tashrīḥ has been rendered as anatomy/dissection. 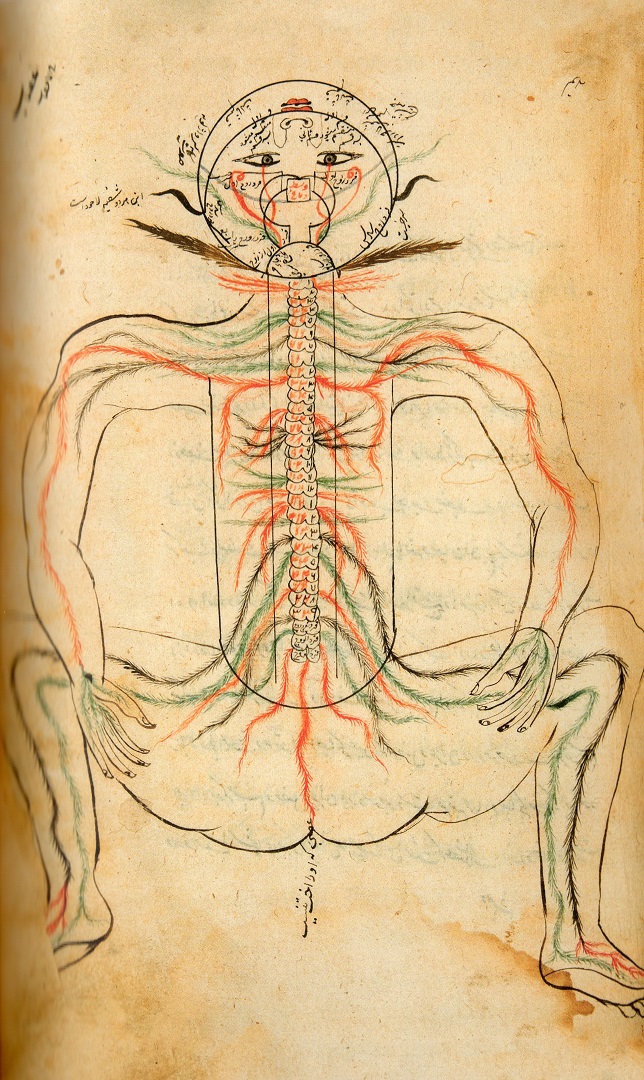 Additionally, the Arabic translations of Galenic texts on anatomy, such as On Anatomical Procedures, did not censor the gory details of animal dissections found therein; nor were the translators ever rebuked by religious scholars for not doing so. In fact, an examination of the structure and function of the body through dissection was believed to lead the investigator closer to God, for it made him appreciate the foresight and wisdom of the Creator, as Ibn Rushd’s aforementioned quote implies. That is also the ultimate purpose of the dissection scenes described in Ibn Ṭufayl (d. 1185) and Ibn al-Nafīs’s respective fictional narratives, Ḥayy ibn Yaqẓān and Fāḍil ibn Nāṭiq, wherein their protagonists (Ḥayy and Kāmil) arrive at the knowledge of the existence of God through dissecting animals and observing nature. In short, contrary to popular claims, religion was not an obstacle to the study and practice of anatomy… 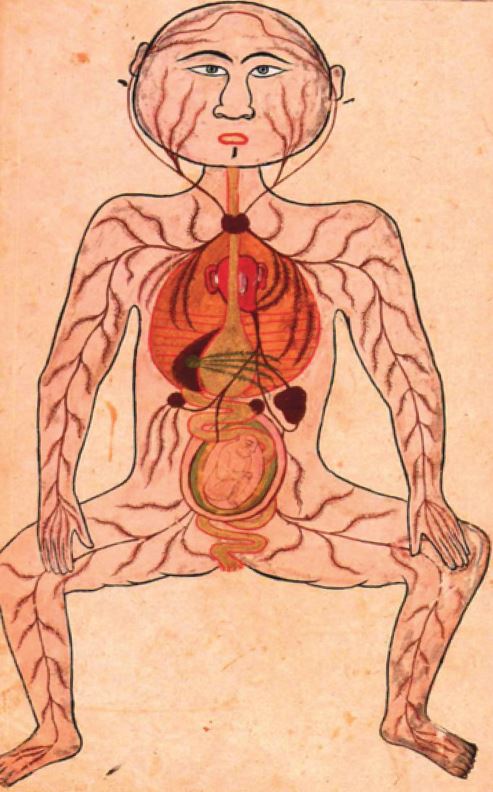 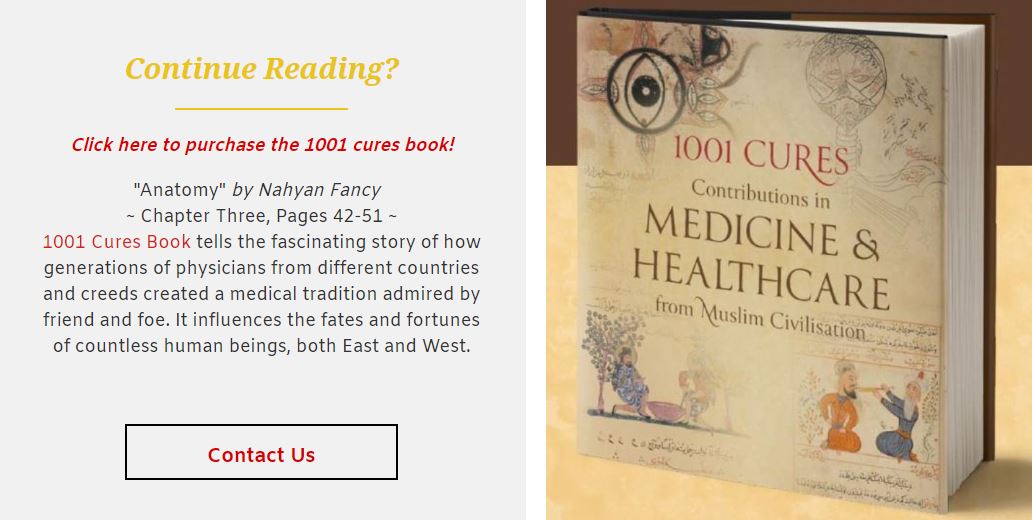