Although the feedback concept, which is lying in the foundation of dynamic systems, has been perceived relative recently, the idea was understood and applied correctly by the Muslim scientists. 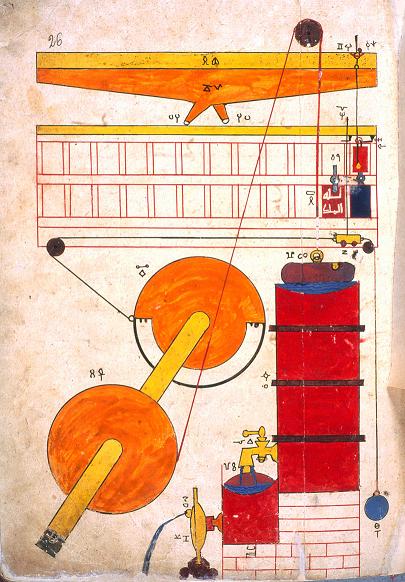 This short article is taken from the full article Pioneers of Automatic Control Systems by Professor Atilla Bir and Assoc. Dr. Mustafa Kacar.

The theory of automatic control systems is an idea closely related to the concept of feedback. A system is a combination of components that act together and perform certain objectives. In a feedback system the output signal is fed back in order to increase or reduce the input signal.

Although the feedback concept, which lies at the heart of dynamic systems, has been perceived relative recently (at the end of the 19th century), it is known that the idea has been understood and applied correctly since ancient times. In engineering, the aim of control is to guide the system to a desired direction or keep it constant at a certain value. A feedback control system is one which tends to maintain a prescribed relationship between the output and the reference input by comparing these and using the difference as the means of control. Thus, in an automatic control system, the variable to be controlled is first measured, secondly compared against a reference value and at least the difference applied to the system input, in order to influence the system in a desired manner. In the block diagram of an automatic control system, the controlled system take place in the forward path and the measuring device of the controlled variable take place in the feedback loop. A disturbance is a signal that tends to affect adversely the value of the output of a system. 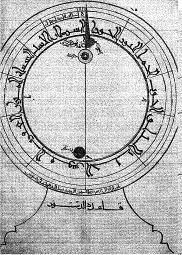 Scientific advancement, which reached its peak in the Hellenistic age, lost its luster in the palaces of Byzantium; the Abbasid Caliphs in Baghdad once more lit the torch of science. Muhammad, Hassan and Ahmad known as Banu Musa or Sons of Musa bin Shakir of Khurasan, are famous in the history of technology. They played an important role in the advancement of mathematical sciences during the reign of Abbasid caliph al-Ma’mun (813-833 CE) and the succeeding caliphs. Ahmad’s interest in technology might have led them to write the book titled Kitab al Hiyal (Book of Mechanical Devices) (850 CE). The manuscript in the Ahmed III Library at Topkapi Palace is almost a complete copy (A 3474) and includes magical vessels, water jets, oil lamps, a densimeter, a bellows, and a lifting device. This science of ‘ingenious devices’ and ‘ingenious automata’ created by the use of matter, water and air is known as ‘ilm al-alat al ruhaniyet’: science of pneumatic devices. According to Akfani, “the science of pneumatic devices deals with the construction of various devices based on the principle of the ‘horror of vacuum’. The purpose is to educate the mind while designing these systems that deal with measured cups, siphons and other elements.”

Kitab al Hiyal of the Banu Musa brothers describes 100 systems of which 18 are automatic control systems. On close inspection, these control systems are technically perfect and applicable to modern use.

Ancient Egyptian water clocks continuously improved during the ancient Classical period reaching monumental dimensions in the Hellenistic period. This tradition continued into the period of Islam and reached its height with al-Jazari, who introduces himself in his manuscript as Badi’al- Zaman abu al-‘Izz Ismail al-Razzaz al-Jazarî. He served in the Artuqid capital Amid (Diyarbakir) as court engineer. He is famous for his book Kitab al-Hiyal, ‘Book of Ingenious Devices’ where he explain the design, construction and working principles of fifty different systems of practical use and aesthetic value such as water clocks, automata, water jets, vessels for blood collecting, water raising devices and ciphered keys. In the foreword of his manuscript, he mentions that he served the Artuqid ruler Sultan Nasir al-Din Mahmud (1200-1222). For twenty-five years he had been in the service of the royal family, serving first the father of the king, Nur al-Din Muhammed (1174-1185) and then his brother Kutb al-Din Sokman II (1186-1199). He completed his book in 1206. Today, the Ahmed III Library at Topkapi Palace houses a second-hand copy of the original manuscript (A 3472). In six sections, the book describes fifty different systems.

Taqi al-Din (1521-1585) was a brilliant engineer and astronomer. He built the Istanbul observatory during the reign of Murad III (1564-1595), and wrote numerous books mainly on astronomy and mechanics. His work on the construction of mechanical clocks is a testimony to competition with the West. When in 1583 the Sultan has ordered the destruction of the observatory, the last research centre of the East closed for more than 200 years.

Figure (bottom). Front view of the regulator disc with zodiac signs, the marker and the outflow end of the pipe. Kitab al-Hiyal, al-Jazari, Topkapi Palace Library, A 3472, fol. 8a.