The first appearance of the pointed arch in the Muslim World was traced to the Al-Aqsa Mosque, but the Palace of Ukhaidir - Iraq remains the first building where the pointed arch was used constructively and systematically.

Summarised extracts from a full article:
The Arch That Never Sleeps by Rabah Saoud

The pointed arch has become a common feature of most European churches. Where did it come from and how? The full article, see below, gives the full story and the debate concerning its origin. Below is only an extract from the full article in the pdf file where all references and end notes are found.

Early historians of architecture such as Havell (1913) and Rivoira (1914) thought that the pointed arch occurred in India carved out of a solid block of some seventh century temples.

The main advantage of the pointed arch was that it concentrated the thrust of the vault on a narrow vertical line that could be supported by the flying buttresses, a major feature of Islamic architecture and also European Gothic architecture. The pointed arch enables the reduction of the lateral thrust on foundations. It enabled architects to lighten the walls and buttresses which had to be massive to support earlier semicircular arches(endnote 2). Additionally, it resolved the difficulty of achieving level crowns in the arches of the vault allowing the vault to become suitable for any ground plan.

To tackle the question of height, Muslim structural engineers had employed a variety of techniques, in addition to the pointed arch. The method used in Kairawan Mosque – Tunisia (endnote 3) (836) is revealing. Here, in order to gain a crown level of height, masons have raised the arcade of narrow areas above the arcade of other areas as shown in figure 5. 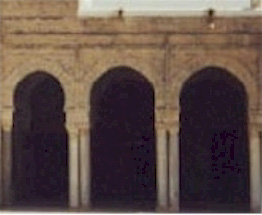 In the Great Mosque of Cordoba, a more impressive method consisting of intersecting arches as well as building a second arcade on top of a first lower level arcade was introduced (figure 7). These clearly show the genius as well as the rational thinking in addressing various architectural problems. 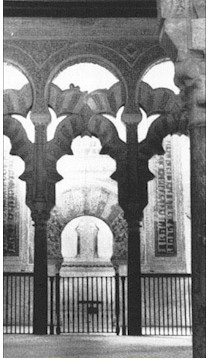 Transmission of the Pointed Arch

Historic sources indicate that Sicily played the role of intermediary for the transmission of many Muslim motifs including the pointed arch. Professor Conant (1954) established the Sicilian connection through Amalfitan merchants who had trade links with Egypt where the pointed arch of Ibn Tulun – Egypt (figure 8) must have been the source. White (1971) Endorsed this theory(endnote 4) suggesting that it was transmitted to Amalfi – Italy in 1000 through commercial and trade ties with Egypt. It was first used in the porch of the Abbey of Monte Cassimo – Italy in 1071. This challenges the idea widely adopted in Europe that the pointed arch, on which Gothic architecture is based, was an invention of European architects in their efforts to overcome the static problems in Romanesque vaulting.

It is worthnoting that while works were being carried out, Monte Cassimo became the retiring place for the Tunisian Christian scholar, Constantine the African. A physician and a distinguished scholar in mathematics, science and theology, with large experience of Muslim building techniques and forms in Muslim Fatimid North Africa, Constantine would have undoubtedly commented or advised in the building process. Furthermore, according to Meyerhof (1931), Constantine had an assistant Arab monk nicknamed “the Saracen” who helped him in translating Arabic books. Such connections give credibility to this theory.

In 1083, St Hugh the Abbot of Cluny (South France) visited Monte Cassimo, five years before the work on the third Church of Cluny started (1088-1095). Conant (1954) revealed that the new church of Cluny used some 150 pointed arches in the aisles. Other Muslim features included the use of catenary vaulting, polyfoil cusps framing the triforium arches, and the rectangular frame enclosing the arch of the gate (1109-1115), known as Ijmiz, (destroyed in 1810). In 1130, Abbot Suger visited Cluny and between 1135 and 1144 he and his engineers built St Denis, the first Gothic building.

The adoption of Cluny and Monte Cassimo, the two most influential churches in Europe, of the pointed arch and other Muslim forms encouraged the rest of Christian Europe to adopt it leading to its rapid spread across much of France, especially in the south, later in Germany in mid 12th century (Heer (1962, p.332), and eventually to the rest of Europe. 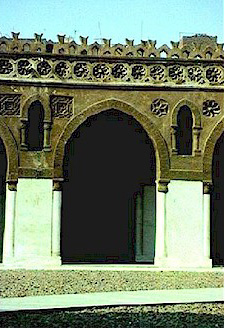 Figure 3. Ibn Tulun Mosque was another source
for the transfer of the pointed arch to Europe.

1. Al-Aqsa was built in Jerusalem firstly by Omar (2nd Caliph in 632).
2. The semi circular vaulting caused some static problems in covering such large and irregular areas.
3. Originally built between 670-675.
4. She traced the pointed arch to India in the second century AD. According to her, it was transmitted to Persia and then to Syria and Egypt.

Kerala Mathematics and Its Possible Transmission to Europe